Growing up, I never felt any sort of anticipation whenever the Olympics came up. It usually cut into any primetime television shows I liked, and the entire world seemed obsessed with athletes and sports that I had zero interest in. The actual events at the Olympics never captured my interest (save for my blatant objectification of these chiseled, fine specimens…see @Hotlympics), but the stories, world events, cultural shifts that came from them…now that was something that piqued my interest. Learning about the economic blows and gains to the countries, the continued changes to the environmental impact of the games, the outfits and styles....these things that circled around the Olympics, these are always interesting to me.

With this year’s games bringing a lot of controversy, I am fortunate to know someone who is literally “into the thick of it,” my uncle. My uncle is someone who I have deeply respected and admired for forever! Originally from Peru, he came to the United States and decided to continue his education, mastering English and Japanese. This trilingual powerhouse went on to work at a big four company, marry my wonderful, intelligent aunt, and raise a beautiful family (including my awesome cousin, Ichiro). Currently, he is in Japan with the rest of his/my family, and is a translator for athletes at the Olympics. As my uncle sent our family updates and photos (with athletes who I don’t really know, lol), I wondered what it was like to not only translate and switch languages, but also what it was like to be involved in the Olympics.

Why did you want to translate?

I didn’t get to choose my role. I applied to be involved in the Olympics any way I could. Once my application was accepted, I was automatically assigned a role. Because of my language skills, I was assigned to translator. 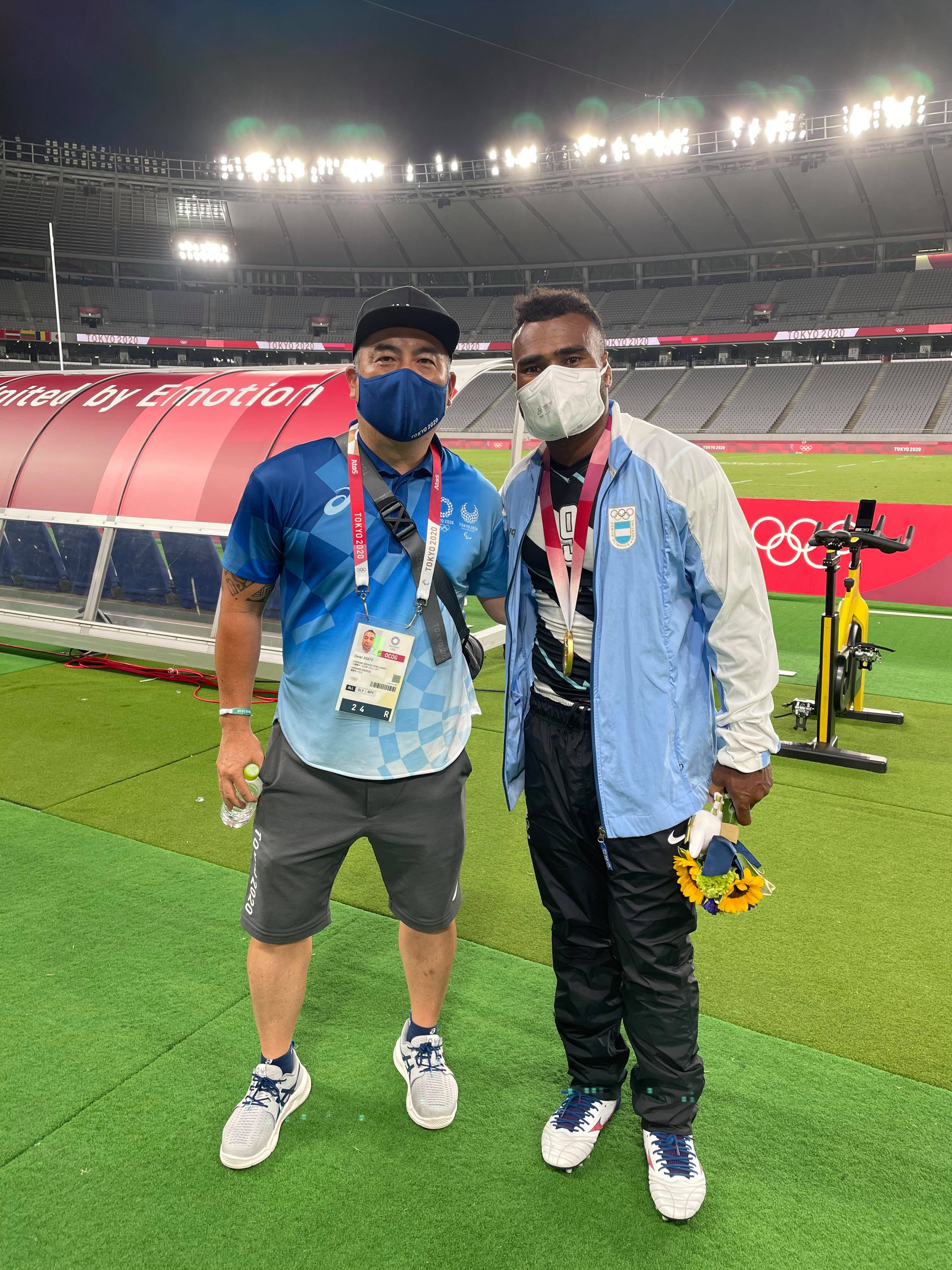 How did you hear about it?

The Japanese media shared a lot of opportunities to get involved in the Olympics, and encouraged people to do so. 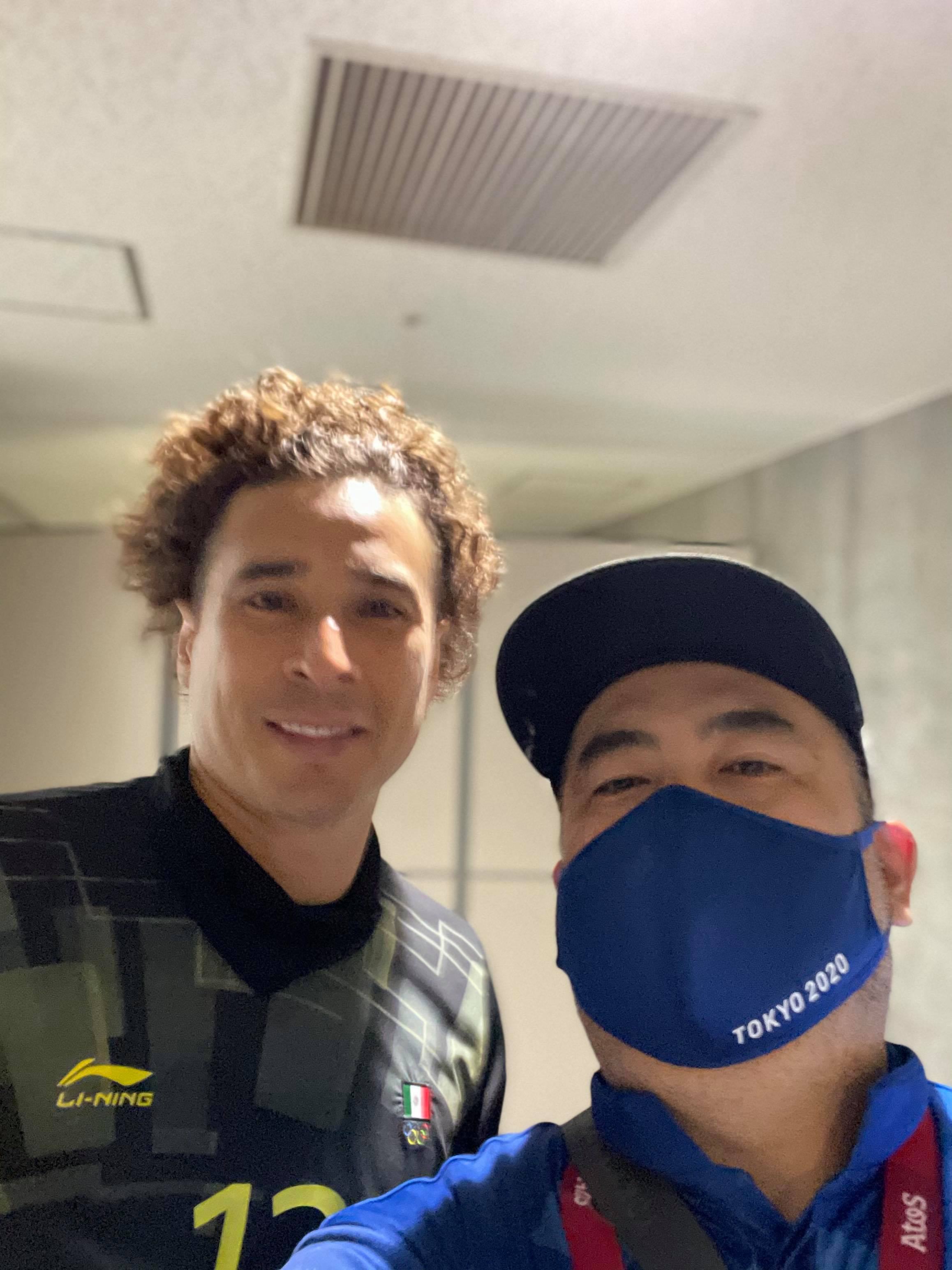 Which languages do you primarily translate?

**Which athletes have you translated for?**‍

I have translated for the Mexican, Brazilian, and Spanish men’s soccer teams and for the Argentinian men’s rugby team. I have enjoyed meeting other volunteers from different backgrounds and learning about their stories and experiences! 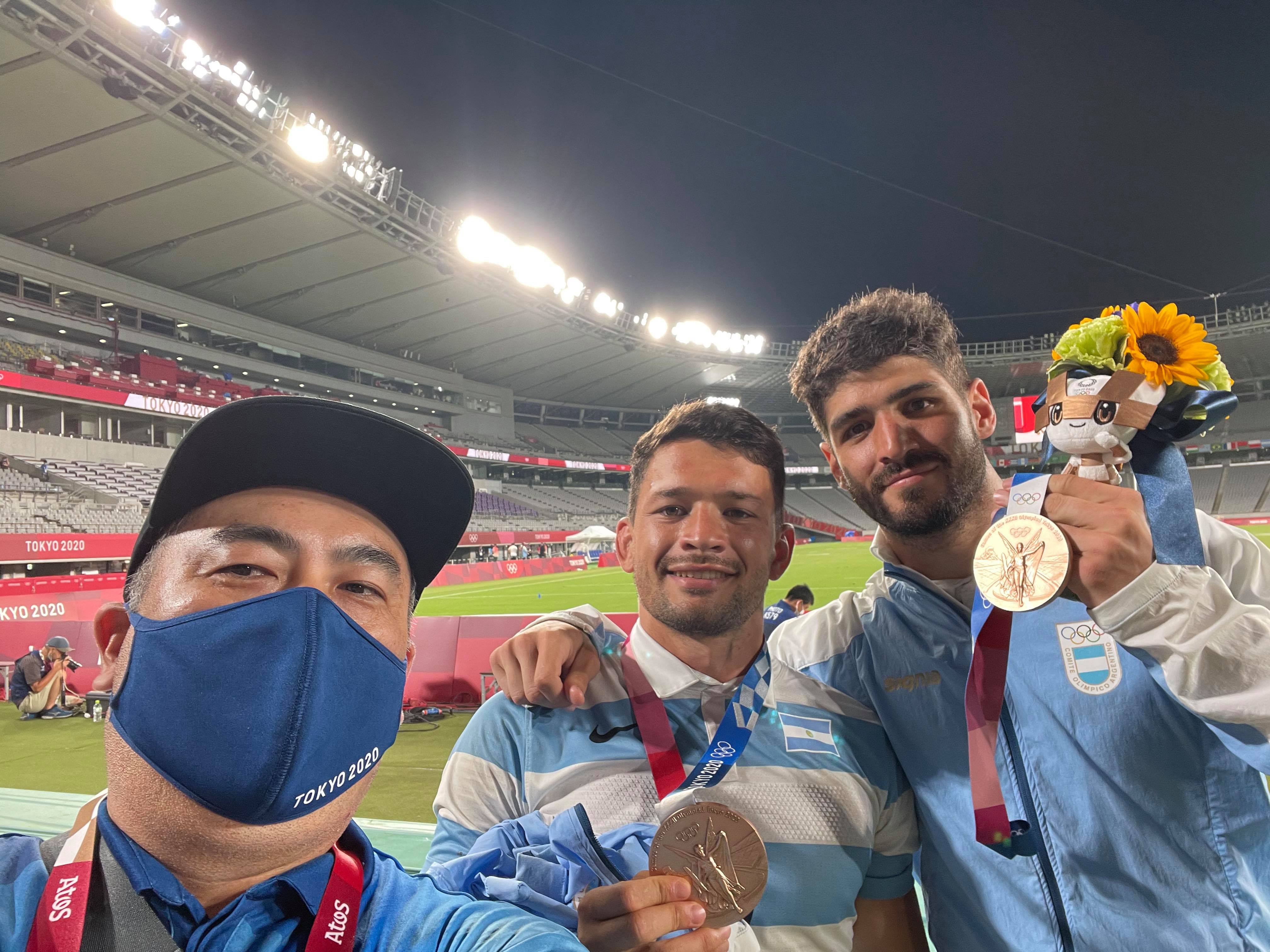 Are there any phrases or words that are difficult to translate from Spanish to Japanese to other languages? How do you overcome that?

Rather than a specific phrase or word, it is most difficult to capture every single word an athlete says during the interviews. I need to listen to everything they say and translate it in real time for the TV or the press. Instead of translating everything word by word, I have to quickly understand what the athlete is saying, summarize it in my head, and then respond to a reporter.

What reactions do you get from the athletes when they see an Asian man speak fluent Spanish?

All the athletes I interacted with were surprised at how fluent I am in every language. I just explain to them my background (where I was born, my time in the U.S. and Japan, etc.)

How does your company handle your time off? Do you get paid for this?

Fortunately, my company and managers have been supportive of my volunteer efforts at the Olympics. We get two days for volunteering activities. I took my vacation days for the remaining time. 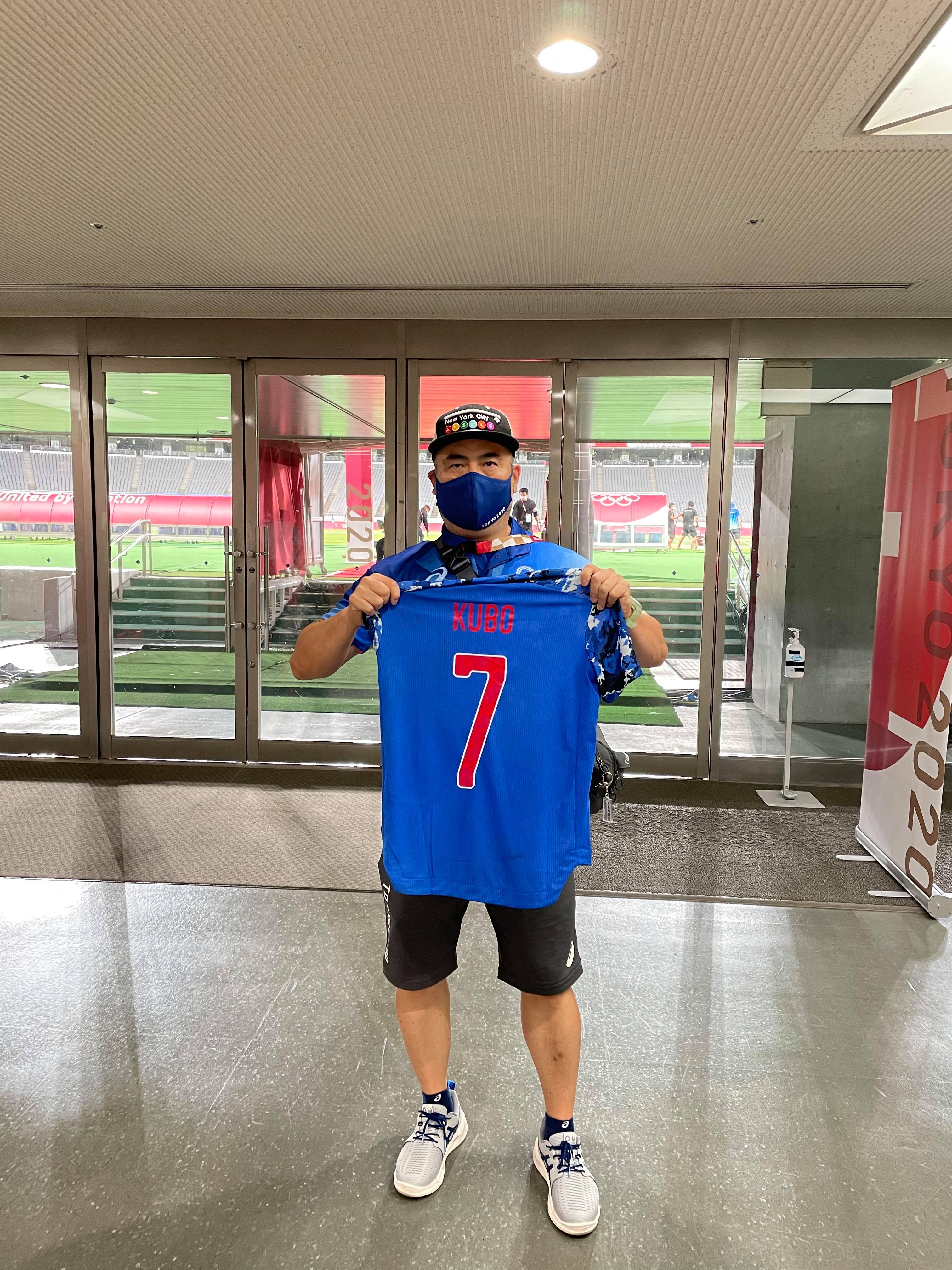 With Kubo's match jersey (already framed and on my wall)

Best gear or swag you received?

Probably getting the match jersey after an interview from Takehisa Kubo, the biggest soccer star in Japan at the moment. **Author side note here, I had no idea who this was and in my soccer loving family, this was blasphemy** 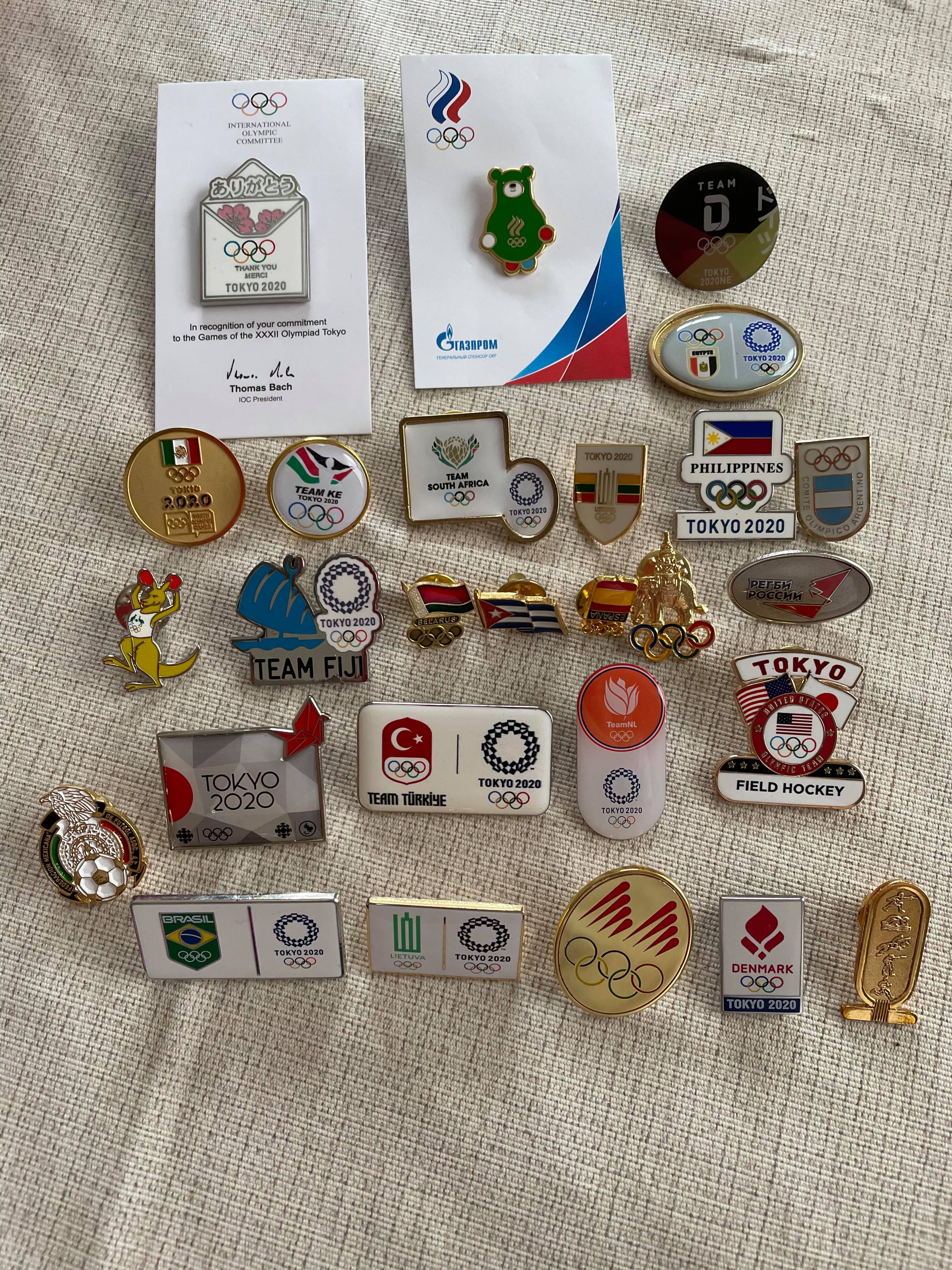 Pins from all over!

**Author side, side note: I think the coolest thing my uncle did was actually collect all the pins from around the world!**

The best perk would be meeting all these amazing athletes closely. I also enjoyed learning what goes on behind the scenes that you cannot see on TV. 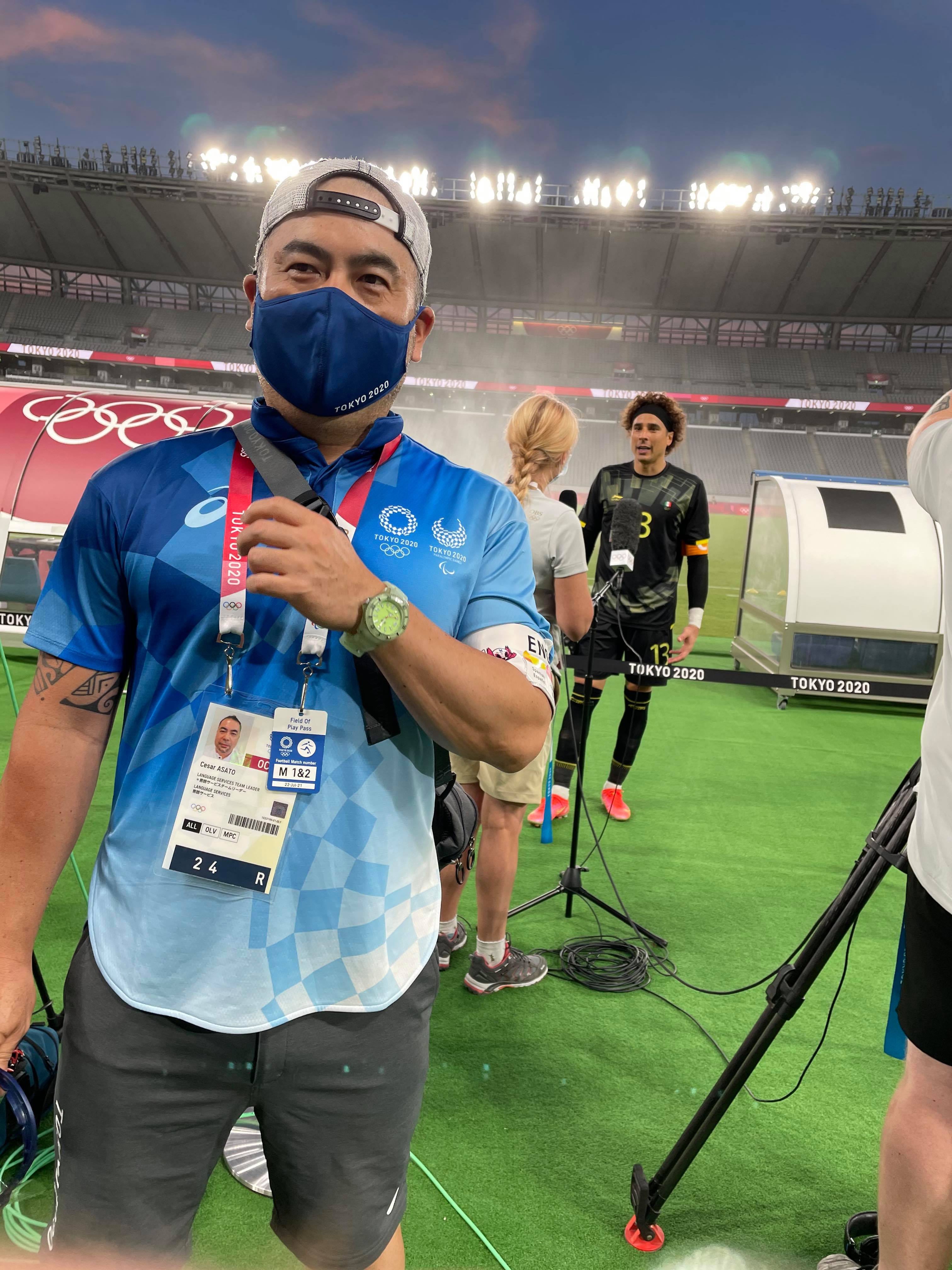 Cesar in the interview area

Although I still don’t know most of the athletes I see from his photos, I enjoy the satisfaction of knowing someone who is involved in one of the most important aspects (to me) about the Olympics - communication. Without translators like my uncles, the stories, the cultures, the experiences could not be united as the world comes together to see the Olympics. With this Olympic Games being such a unique and almost empty-feeling one, I was happy to connect and learn more from my uncle and family in Japan. 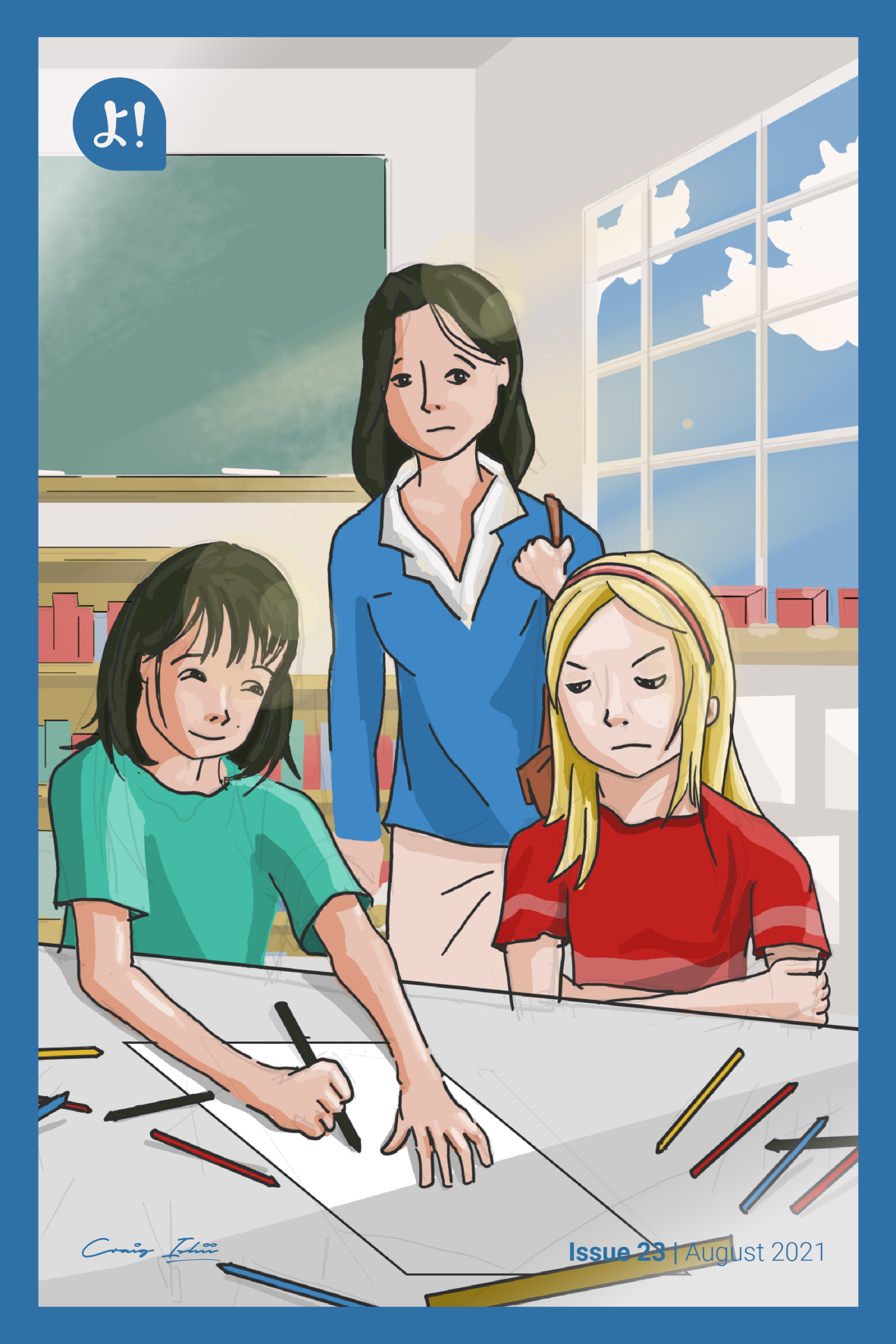 Article featured in this issue:
August 2021
Has Marie Kondo Gone Too Far?
By,
Craig Ishii
For You/Me/Us Page: Identity Building Through TikTok
By,
Nicole Oshima
The Human in Human Resources
By,
Stephanie Nitahara
How Should Japanese American Parents Talk to Their Kids About Race and Racism?
By,
Paul Matsushima