About every four years, there is a specific obon dance performed at various festivals to honor the Olympics. Growing up learning this dance, at first I felt it to be a bit quirky. Although it wasn’t my favorite, I must have taken it for granted, because I now feel a sense of sadness not just for the fact that obons have been cancelled, but also because this Olympic year will be coming and going without this celebratory dance.

It may be surprising to some that there is an actual Olympic dance, and to explore the conception and roots, I had a pleasure of speaking to Elaine Fukumoto, odori teacher at Nishi Hongwanji Buddhist Temple.

Please tell us a little bit about yourself. How did you get involved with odori dancing? How are you still involved, and how long have you been doing it?

I started doing bon odori when I was young at the Nishi Hongwanji Buddhist Temple in Los Angeles, where my extended family has been longtime members. As an early teen, Miyoko Komori came from Japan and started teaching folk dances at the temple, where I started to take lessons. 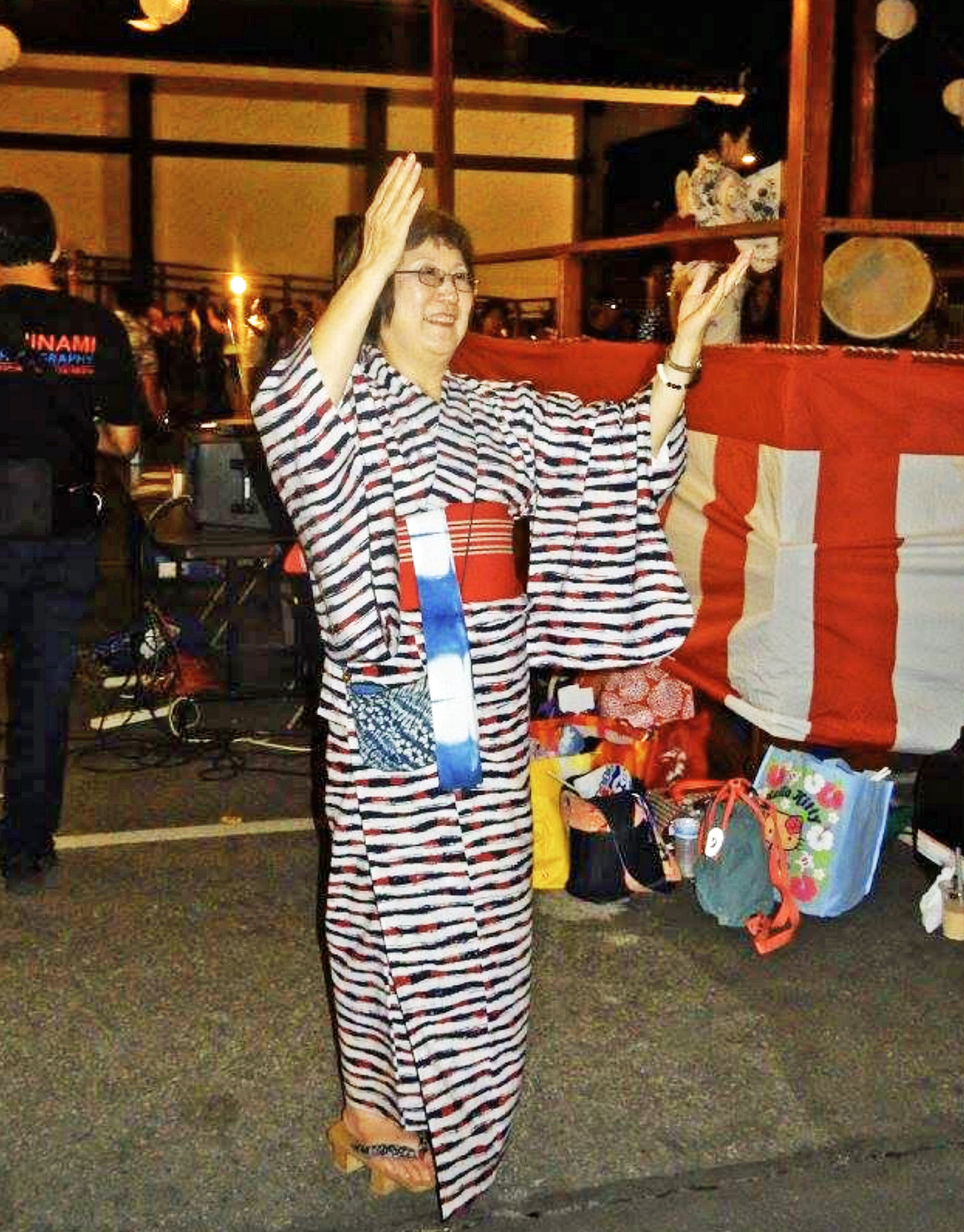 Can you tell us what obon and odori dancing means to you? What is odori dancing? Do you do it outside of obon?

Bon odori and minyo (folk) odori is a pastime I’ve always enjoyed. As I have gotten older, I have learned to appreciate the significance of bon odori which is part of the Buddhist obon observance. Dancing during the bon odori is the expression of joy and gratitude for the loved ones who have passed away. ‍

Do you know why there is an Olympics odori dance? What makes it an Olympic dance?

Tokyo Gorin Ondo [Tokyo Five-Ring (Olympics) Song] was created for the 1964 Olympics in Tokyo. The most popular version of the song was sung by Haruo Minami and the record was released by King Records.

What is the historical context and background of Tokyo Gorin Ondo? Who wrote the dance? How did it feel like to be a student of hers?

While in Japan, Miyoko Komori was under contract with King Records to travel around Japan to choreograph dances to the local folk music that the record company had recordings for. She also choreographed the dance for the Tokyo Gorin Ondo, sung by Minami.

The dance movements depicted the five rings of the Olympics symbol, doing the hurdles, swimming, and sprinting, which are some of the Summer Olympics events. In Southern California, whenever it’s an Olympic year, the temples do Tokyo Gorin Ondo during the obon season. Komori Sensei has had a significant influence on the obon dances and dancing that is done in Southern California. Because her choreographed dances were generally more energetic and not so feminine, more males started to come out to dance in the bon odori circle and the dances became popular with many. 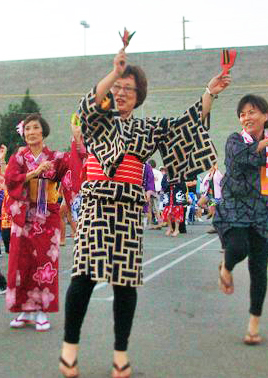 Elaine dancing at an obon.

The dance was revamped in 2020, how do you feel about the new version?

For the 2020 Tokyo Olympics, the song is the same but has been updated and the dance has been re-choreographed. The movements apparently do depict the Olympic events, but many here have commented that the movements are difficult to do and the dance, as a whole, is not conducive for the bon odori, which is done in a circle.

Being Japanese American, how did it make you feel to hear the Olympics were going to be held in Tokyo?

Though I have no real connections to Japan, other than it’s where my family is from two generations ago, there is a bit of a sense of pride knowing that the 2020 Olympics was to be had in Tokyo. It’s unfortunate that the pandemic has shut the world down and no one knows if or when it will eventually take place in Japan.

My JA Community: A SoCal Transplant in NorCal's Summer

Obon Will Always Be Obon

Japanese Fashion Through the Years 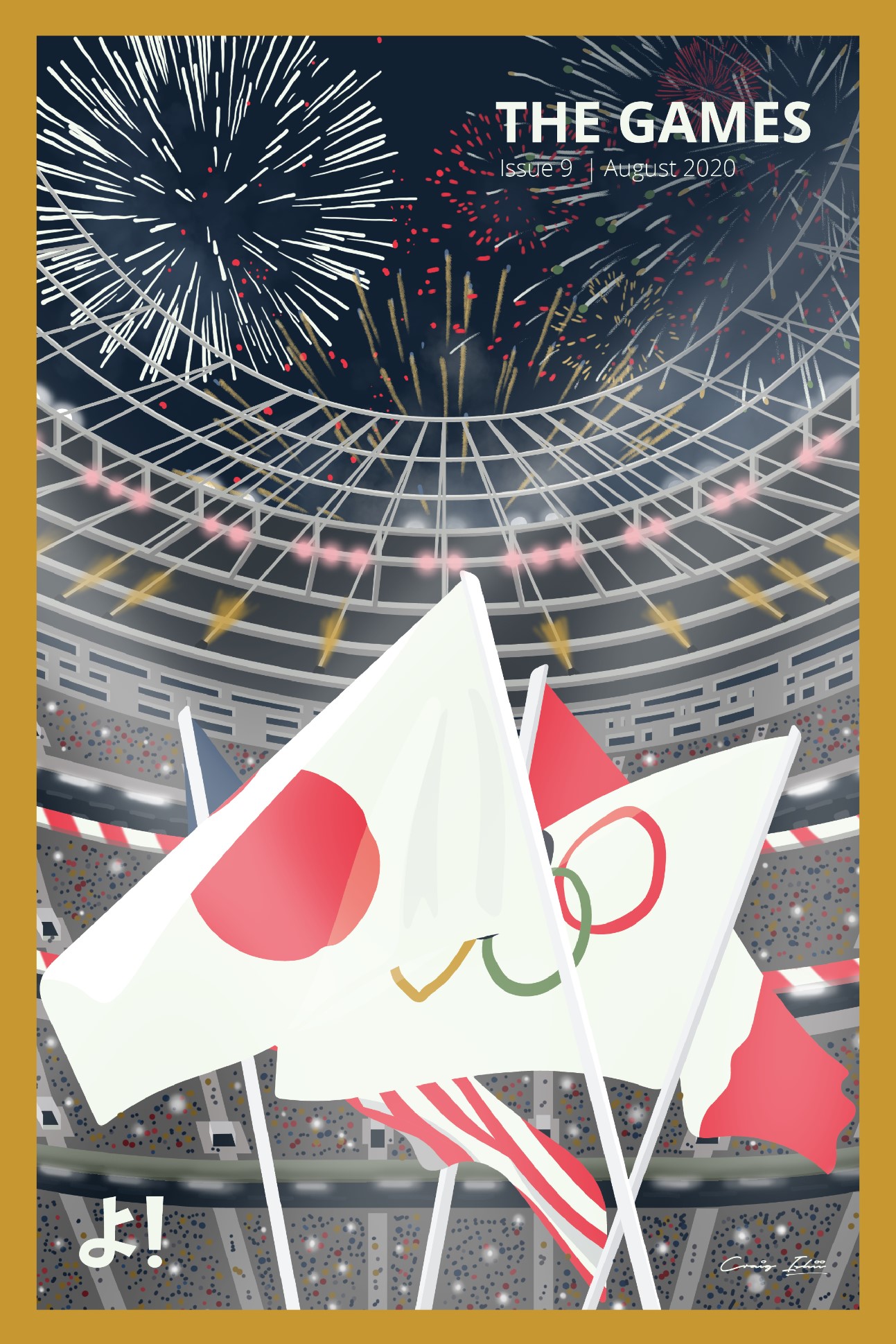 Article featured in this issue:
August 2020
Hotlympics
By,
Michelle Hirano
Identity Crises for the Gold
By,
Hiro Edeza
The Best (and Worst) Tokyo 2020 Merch
By,
Megan Nagasaki
From Los Angeles to Tokyo: Communities are Saying NO to the Olympics
By,
Alex Wilensky