I love you. Three words that seem so simple, yet carry so much weight.

Around four years ago, NBC Asian America, which is a part of NBC News, partnered with a group called Jubilee Media to produce a series of short videos called “The Bridge.” The purpose of the series was to bridge any gaps within Asian American families and in the second episode, participants were asked to tell their parents those three words. I love you.

One participant, who regularly used “the L word” in his family, was more lighthearted, and laughed as he awkwardly forced out the words on camera. I.. love you. The activity brought other participants out of their comfort zone, eliciting raw states of emotion as they broke down in tears and struggled to find the words to express their appreciation for their parents.

Similar to the participants in the video, we all have different experiences with verbalizing love and emotion in our families. Some individuals are comfortable with expressing appreciation and love, regularly saying “I love you” as they leave the house or hang up the phone. Others will rarely, if ever, provide words of affirmation, and as Nikkei, our ethnic background might explain why this is the case.

“One of the things that I’ve been discovering is that in Japan, there really isn’t a value put on being direct or communicating clearly,” said psychologist Dr. Rie Mizuki. “I just kind of assumed that Japanese would like to be able to communicate clearly but they just don’t know how to. It really turns out that they don’t even see it as a value.”

This is part of what makes Japan a high-context culture, where communication relies heavily on context and inherent understanding. According to Dr. Mizuki, there is actually value placed on communicating implicitly because people don’t want to be put in difficult, vulnerable positions of having to express their feelings. She described this mindset as, “I shouldn’t have to tell you that I love you or that I’m proud of you, you should be able to figure it out by the cues I give you nonverbally.”

We all have different love languages according to author Gary Chapman, and for people who identify the most with acts of service or quality time, this implicit display of love is sufficient in making one feel cared for. However, the culture in the United States is drastically different from the culture in Japan, which can cause dissonance for Nikkei stuck between the two.

“When you’re in the U.S., the culture is much more expressive,” admitted Dr. Mizuki. “If you’re a Japanese American kid growing up in the U.S. and you’re seeing hugs and hearing other families give affirmation, it’s hard not to compare and conclude that ‘maybe my parents don’t love me’ or ‘yeah I know my parents love me, but they never expressed it in that way’. When you’re in a culture where that’s prevalent, it becomes more important to be able to express things clearly.”

Unfortunately, having the desire to verbalize your love and appreciation for your family doesn’t necessarily translate into ultimately being able to communicate your feelings. Families can have healthy relationships and parents can truly care for their children or vice versa, but the fact remains the same; it can be difficult to let each other know how much you love and appreciate them.

In the aforementioned video, one participant acknowledged that he and his parents don’t often say “I love you” because they “assume” that they love each other. I couldn’t help but resonate with that sentiment because I love my family. We’ve never shied away from using “the L word,” and my parents have always let my sister and I know how proud they are of us. However, outside of birthday cards or cards for Father’s and Mother’s day, I struggle to verbalize how much they mean to me.

I know that I don’t have to explicitly say it for my parents to know that I love them and that I appreciate all that they do for me. But in a time when death tolls are skyrocketing amidst a global pandemic, I find that there isn’t much solace in leaving those feelings unsaid. After nine months of being quarantined together, we may be getting on each other’s nerves more and more, but life is so fragile and far too short. Personally, it isn’t enough for my family to know that I love them through nonverbal cues; I would much rather have them know by telling them myself.

This, of course, is easier said than done. Though Thanksgiving has passed, there’s still no better time than now for all of us to let our families know how much they mean to us. It will look different from family to family; some may be able to say “I love you” while others might have to take smaller steps to simply begin engaging in words of affirmation.

“To even be able to start out by giving compliments, or express things they appreciate about you would be great. Even if a person may never get to a point where they say ‘I love you’, to be able to start making those smaller steps to verbalize appreciation and pride and give affirmation would be a good thing,” said Dr. Mizuki.

As difficult as it is to verbalize love and emotions within our JA families, the best thing we can do is try. Whether our cultural upbringing, tensions within the family, or even a lack of prioritization of words of affirmation are holding us back, there is power in letting our family know how much we love and appreciate them. So, Mom, Dad, if you’re reading this, thank you for all that you do for me. I love you.

Two days after I finished writing this article, my grandpa passed away. It was unexpected, and after being taken to the hospital on the morning of Thanksgiving, he passed away the following day. While this article was written with my parents in mind, it hurts knowing that I’ll never get the chance again to let my grandpa know how much I appreciated him.

These are just a few of the things I have to thank him for, but again, there isn’t any comfort in writing these words that he’ll never be able to read. Because my grandpa was more traditional in terms of Japanese culture, I know that I didn’t have to be direct for him to know that I appreciated him. But I still would have wanted to tell him one more time.

I wanted to include this because it serves as another reminder of how fragile life truly is and why it’s so important to let our loved ones know how much we appreciate them. No day is guaranteed, and in light of this reality, I hope this article has encouraged you to verbalize love and appreciation in your family.

There aren’t words to express how much we miss you, Grandpa. You will forever live on in our hearts, and may you rest in peace.

To Santa or not to Santa, that is the question 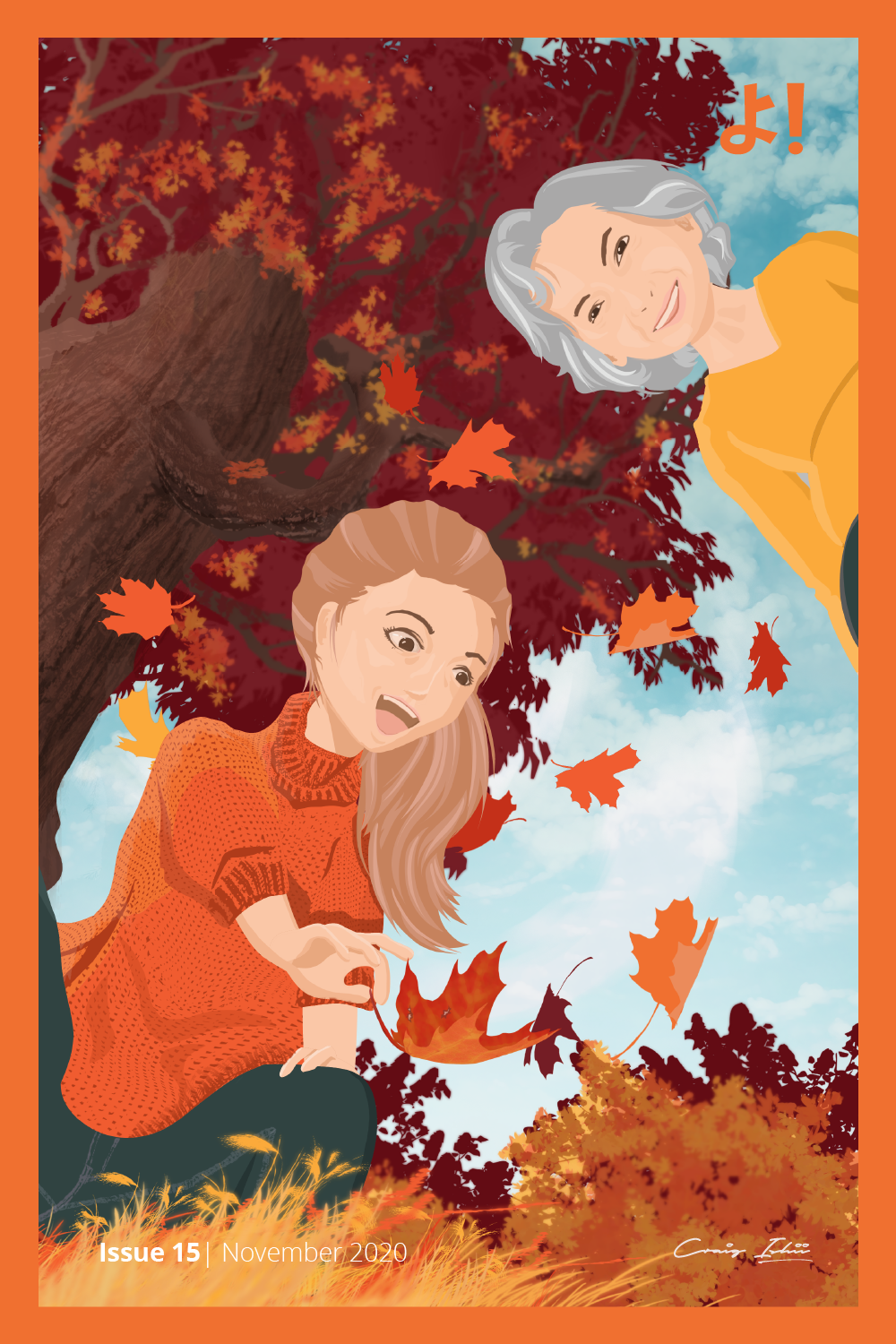 Article featured in this issue:
November 2020
The Language Barriers and Links in a MultiLingual Family
By,
Tanya Nakamoto
Hearing (And Sharing) Our Grandparents' Stories
By,
Megan Nagasaki
Unique & Essential Japanese Kitchen Gadgets
By,
Michelle Hirano
Learn About Kinrōkanshahi 勤労感謝の日, or Labor Thanksgiving Day
By,
Philip Hirose