Obon festivals play a large part in Japanese American culture, as they're an annual tradition that brings the community together over bon odori, food, and many other cultural and ethnic experiences. Since Japanese immigration to the United States, the festivals have evolved and are commonly viewed as a cultural event to celebrate Japanese American heritage. However, the Buddhist origins of obon pose a predicament for some Christians, as they believe that attending obon festivals conflicts with their religious beliefs.

In Japan, obon is an event for commemorating ancestors, and it largely revolves around the returning of ancestors’ spirits. The festival includes people setting up lanterns to guide spirits to and from our world, while also visiting graves and making food offerings at house altars and temples. In Jodo Shinshu Buddhism, which most Japanese Americans practice, obon is a gathering of joy rather than about welcoming back the dead.

“If a person from the U.S. views [obon in America] as a purely cultural and fun community event, would they also see [obon] that way if they visited Japan? If you were to visit an obon festival in Japan where it is a strongly Buddhist event honoring spirits of dead ancestors, would a Christian want to participate?” asked one Japanese American pastor. “It doesn’t seem consistent to say it’s purely a harmless cultural event in one setting, but not in another.”

This does not necessarily pit Japanese American Christians against their own culture; in fact, they support having fun and participating in cultural events to celebrate their Japanese American heritage, but they view their relationship with God as more important. They assert that there should be no desire to participate in something that conflicts with their beliefs, and much less something that doesn’t honor the God that they believe in.

“If you were to visit an obon festival in Japan where it is a strongly Buddhist event honoring spirits of dead ancestors, would a Christian want to participate?"

“If you are a believer in Christ and understand what the Scripture says about not worshiping idols and spirits and not causing our Christian brothers and sisters to stumble, then it would be wise not to participate in such festivals,” said the pastor. “It’s just not worth it, to me, to risk dishonoring God when there are other ways to have fun and enjoy Japanese food.”

While some Christians hold this perspective, there are also other Christians who believe otherwise. Christians who elect to attend obon festivals are not necessarily endorsing Buddhism – they simply do not associate obon with the Buddhist religion, and thus, do not see a conflict in attending.

“I used to go to the San Fernando Obon when I was a teenager, but just for social reasons. I think even back in the 70s there wasn’t much associating obon with the Buddhist religion,” said another Japanese American pastor from Southern California. “Personally, I believe it’s okay for us as believers to attend. As long as we don’t compromise our faith, then we need to do all we can to interact with and build relationships with our community outside of church.”

In some ways, parallels can be drawn between attending obon festivals and doing yoga. Yoga is similar to obon because despite its popularity in America, it also came from Eastern religion. Yet, as Americans continue to transform yoga into a non-religious physical activity, some Christians believe that it becomes more acceptable to practice if it does not interfere with their faith.

“As long as we don’t compromise our faith, then we need to do all we can to interact with and build relationships with our community outside of church.”

“I know many Christians who do yoga. I say it’s great that they take classes and ‘mix it up with the world’, as long as they aren’t getting influenced by, or becoming involved with all the Eastern mysticism,” said the pastor.

This poses two sides of the spectrum, but many Christians may fall in between and hold other perspectives on the topic. There may be disagreement, but Christians are entitled to their own opinions on how they want to approach obon festivals. Ultimately, there isn’t one correct response; it is up to the individual to discern what their beliefs are on the issue and whether or not they want to participate.

Pastor names have been withheld by request of those who don't wish for their opinions to be associated with that of the church they represent. 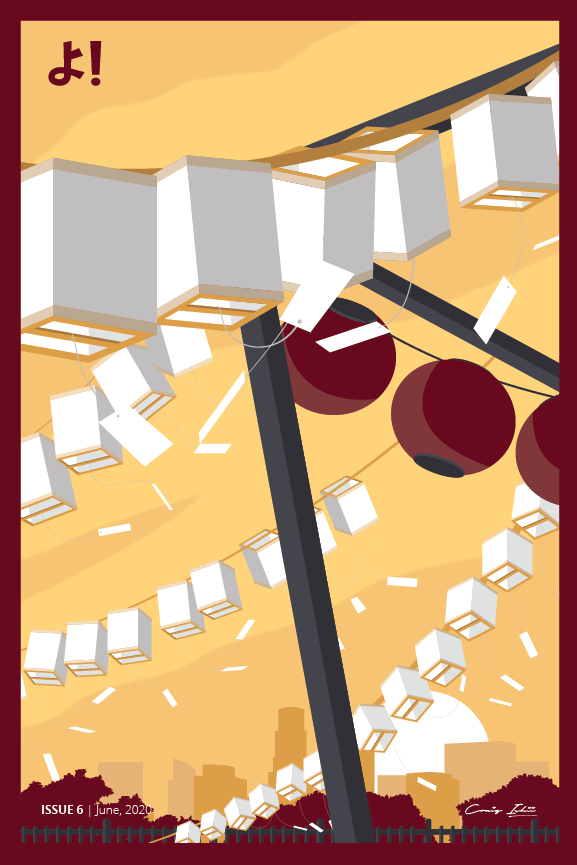 Article featured in this issue:
June 2020
Ultimate Obon Food Bracket
By,
Kevin Onishi
An Icy Treat to Beat the Summer Heat
By,
Dina Furumoto
The Christian Conundrum of Obon
By,
Timothy Chuman
Yo! Mural: Happi Coat Patterns
By,
Megan Nagasaki