While I was stuck at home for the past 12 months, I turned to basketball to get my mind off my circumstances. I would go outside and get shots up in my driveway a few times a week, and as I’d be sweating out my frustration or mindlessly putting up jumpers, there would always be people walking by.

I normally shot right before sunset, which happened to be the time that one particular elderly woman would always go on her daily walk. Every time I was outside, she would pass by and wave at me, and there were a good number of times where she would cross the street to compliment me.

“You know, you’re really, really good! I bet you’re on your school team with all that practice you put in,” she’d say. 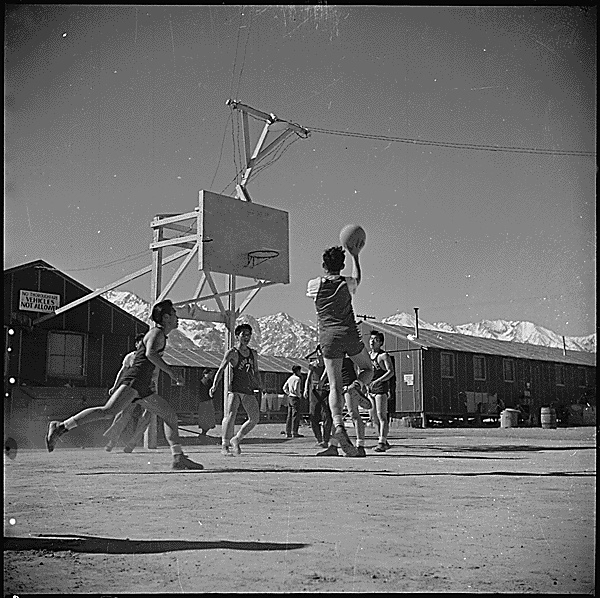 As a 5’8 Asian kid, my looks don’t exactly scream college athlete, but I was flattered nonetheless. I found it interesting though that she automatically associated sports with competition. She believed that I was playing because I was preparing to play competitively, and for some, that’s what sports is all about. For others, it can be so much more than that.

When you’re confronted with hardships in life, what do you do? The simple answer is that you try to persevere, but people tend to find escape in certain things, and sports can play a monumental role in establishing a sense of normalcy and bringing joy to people in difficult circumstances. 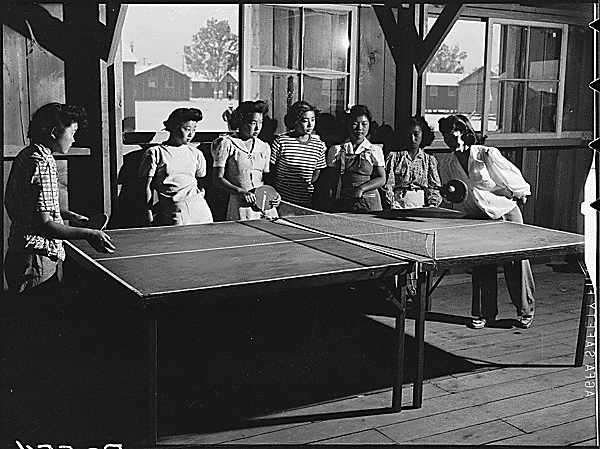 “Young adults had nothing to do. It was significantly more difficult for my parents, but sports gave people something to do and take their mind off of things,” said Mary Tabuchi, who was in elementary school when her family was incarcerated at Heart Mountain.

At each of the 10 camps, Nikkei men and women worked with the War Relocation Authority to form recreation departments, which helped plan sports for the residents. There was a wide range of Western sports offered, including basketball, football, boxing, tennis, volleyball, badminton, golf, marathons, archery (Topaz), fencing (Gila River), ice skating (Heart Mountain), and the most popular of all, baseball and softball. They also tried to remain in touch with their cultural roots as they organized traditional Japanese sports like sumo, judo, or karate. 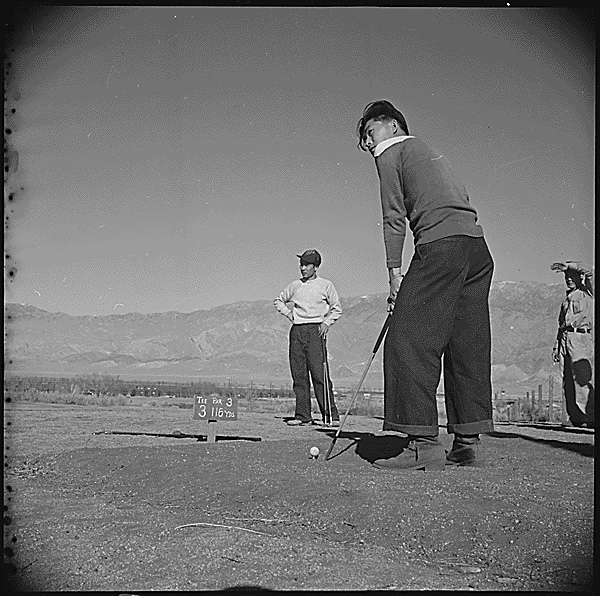 At most of the camps, the environment wasn’t exactly suitable for sports, but the Nikkei made do. They built makeshift basketball courts, set up nets for volleyball and tennis games, flooded large areas with a dirt rim to make ice skating rinks, and even built full-on 9-hole golf courses on smooth sand. They also built multi-purpose recreation buildings for judo and boxing. While incarcerees enjoyed these facilities and the friendly competition that it brought between blocks or leagues, nothing came close to the joy that baseball brought to the camps. 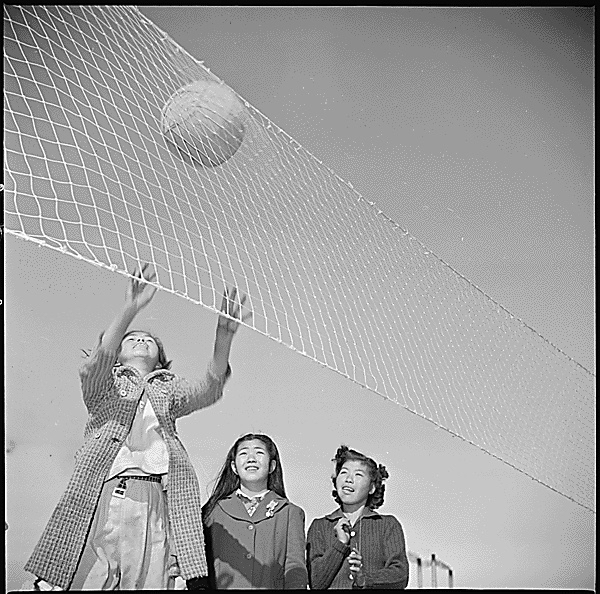 When the Issei arrived in the United States from Japan, they had come with an appreciation for baseball that led them to venture into the sport shortly after settling. Before the war, teams and leagues began to form, and soon enough, every community with enough players had a team. “Big games'' brought people together like no other, as friends, family, and fans streamed in by the thousands to watch baseball on Sunday afternoons.

They tried their best to replicate that experience in camp, but were forced to get creative. Bleachers were made out of scrap lumber, bags filled with rice were used as bases, and 8-foot shrubs were grown to serve as the outfield fence. Backbreaking work was required to maintain the fields, as they had to remove tree stumps with dynamite, drag the infield, remove any rocks, and water the field, but all of the effort paid off.

Manzanar’s weekend softball contests could draw upward of 3,000 spectators, while Gila River’s year-round, 32 team league had championship games played in front of nearly 5,000 spectators. The baseball games even expanded beyond the individual camps, as the five Arizona camps held intercamp league competitions that allowed incarcerees to leave their camps to play games. Baseball already held a special place in the hearts of Nikkei, but bringing it to life in camp brought people together, sparked fun competition, and most importantly, took their minds off of the struggles at hand. 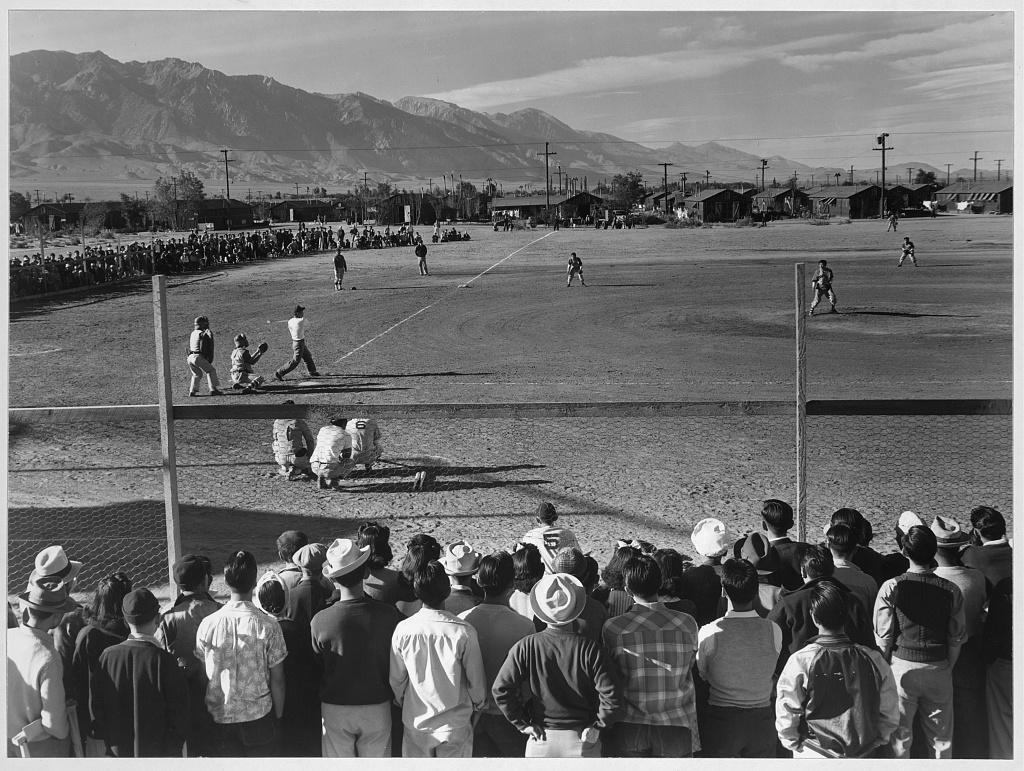 Baseball wasn’t the only sport that extended beyond the individual camps. Rohwer and Jerome had intercamp sumo and judo tournaments, while the Amache center played basketball games against local high schools. The most renowned team, however, that played against outside opponents was the Heart Mountain Eagles, the high school football team at the camp. Facing predominantly white high schools with bigger, stronger players, they pulled off an undefeated season in their first year and finished with a 6-1 record in their two years of playing.

Bradford Pearson, author of “The Eagles of Heart Mountain”, heralded the Eagles as the greatest football team in Wyoming history, largely due to the conditions they played under. 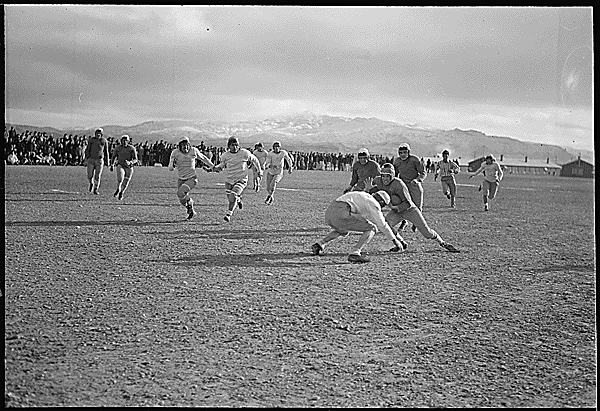 I’d argue their success was improbable for other reasons. Heck, only three members of the team had previous high school football experience, and considering the physicality of the sport, it was truly an athletic achievement that players of their small physique could dominate teams. As Pearson acknowledges though, it was their ability to block out their circumstances that made their success that much more impressive.

That’s the beauty of sports. The moment you step onto the gridiron, the court, the mats, all else fades away. The Eagles enjoyed success despite their circumstances, but a large part of me believes that they were just glad to be playing. Just like everyone else at the different camps, sports brought them a sense of joy and normalcy amid the harsh realities of war. They couldn’t change their situation, but sports gave them an escape, and for a moment, that was enough.

Perks of Being a Rock Climber 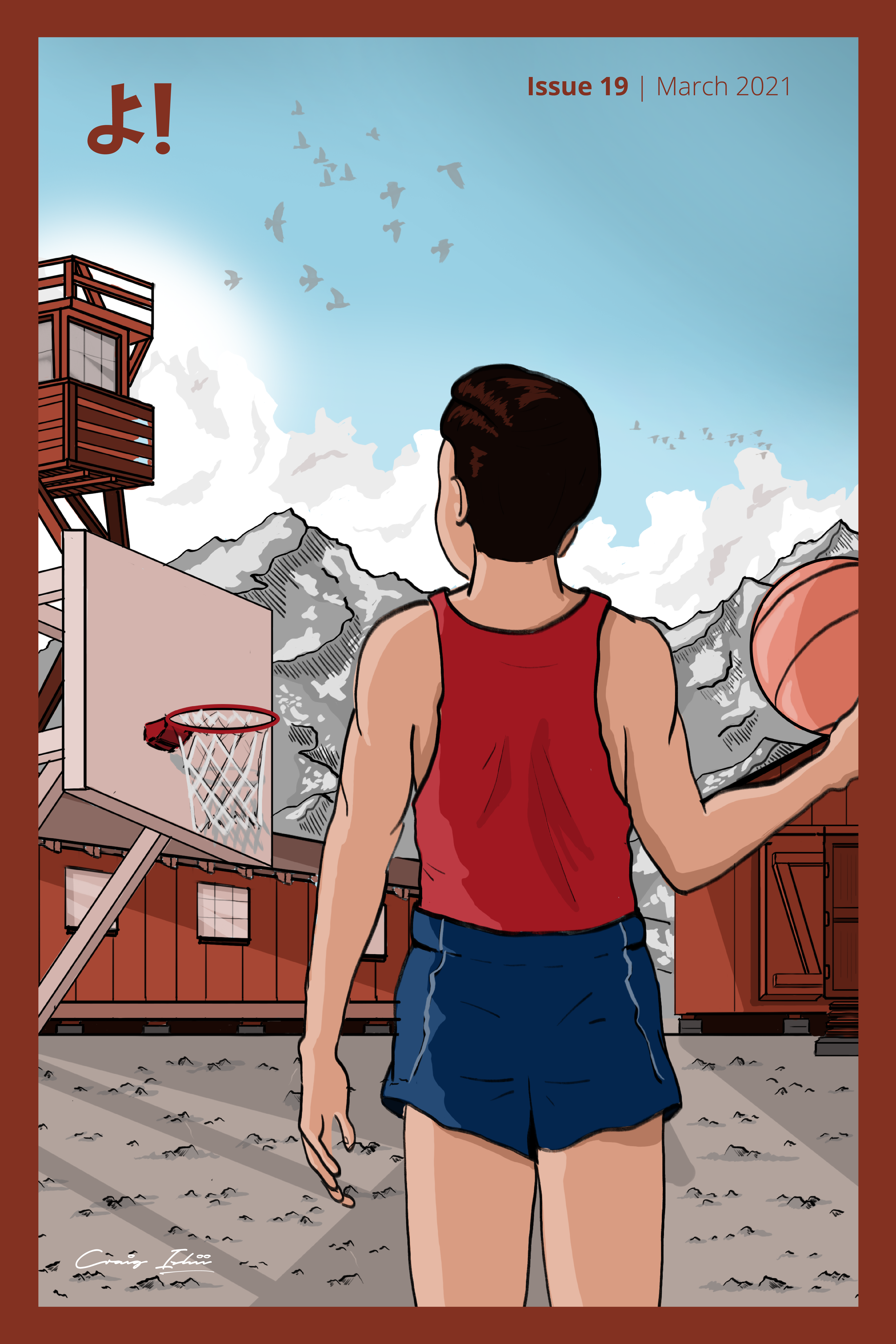 Article featured in this issue:
April 2021
Life as a Non LA Sports Team Supporter (LAANLASSS)
By,
Randy Shiozaki
Japanese American Basketball - The Community Behind the Game
By,
Craig Ishii
Into the World of Esports
By,
Tyus Hotta-Takahashi
What Sport Should You Play Based on Your Zodiac Sign?
By,
Kerilyn Sato