Family Tree
You Have These
Okinawan Unknown
Japanese Tattoos

As a kid, I remember there being one dish that would always appear at family potlucks.

That dish is the 7-layered Jell-O, also known to some as “Rainbow Jell-O.” Every time I think about this dish, it blows my mind knowing how common it is at Japanese American potlucks.

Initially, I didn't understand the connection between Japanese Americans and rainbow layered Jell-O. Although one can argue that the Japanese ingredient agar agar is similar in texture, I've had a hard time connecting this vibrant elementary-colored wheel dessert to my Japanese American roots. With no integration of traditional Japanese flavors, how did this end up on our plates?Jellied dishes were once considered only for the wealthy, as making them was a laborious process. But when the invention of powdered gelatin hit shelves, it revolutionized domestic cooking. The instant flavored powdered version made things fast, easy, and efficient, and sparked a boom in Jell-O foods and salads. During economic hard times, Jell-O dishes delivered a sense of refinement to tables and gatherings while remaining affordable to make.I chuckled when I learned that Jell-O was considered an “easy” dish because I remember my mom’s journey to perfecting it, which required multiple re-dos. If a dish is executed properly in my family, we consider it a badge of honor, as it shows you have cultivated tips and tricks to get the perfect product.I also discovered that this colorful Jell-O recipe is a popular dish in Hawai'i. An exhibition from the University of Michigan examined post-WWI Jell-O advertising, where the advertising images provided visual context to the perception of Jell-O being a fancy dish. The Hawaiian advertisement seems to suggest that the Westernized cuisine is more refined than Native Hawaiian cuisine. I hypothesize that the emergence of the Rainbow Jell-O recipe may have come from the combined ideologies between colonization and convenience.After reflecting on history, cultural roots, recipe conception, and my own relationship with this dessert, I know there are still a lot of questions I have unanswered, but I'm enjoying peeling them layer by layer - just as I do with this jiggly confection.Disclaimer: my mother is the master Rainbow Jell-O maker in the family, while I'm the eater. But I'm sharing her recipe to have and for you to master.‍

Combine condensed milk and boiling water; mix well. Combine unflavored gelatin and water; add to milk mixture. Divide this mixture into 3 equal portions; set aside. Each portion will be layered between different flavors of gelatin.

Lightly grease a 13 x 9-inch pan. Pour orange gelatin in the pan; refrigerate until the gelatin is firm to the touch, about 15 to 20 minutes. Then layer with 1/3 of milk mixture; refrigerate for 15 to 20 minutes or until milk layer is firm to the touch. Repeat the process until all the ingredients are used. If mixtures get lumpy, place in warm water. Layer the gelatin flavors in the following order: milk mixture on top of orange, then lime, milk mixture, lemon, milk mixture and strawberry on top. Chill 8 to 10 hours. Cut into 2 x 1 inch piece before serving.

For a quicker method, place first layer of Jell-O in freezer for 12 minutes. Place succeeding layers in freezer for 8 minutes. Refrigerate until firm. DO NOT freeze or you will get a completely different product.

To guarantee level and even layers, place four wooden chopsticks underneath your pan while you let the layers set.

More by this author >>
Related Articles in
Food & Recipes 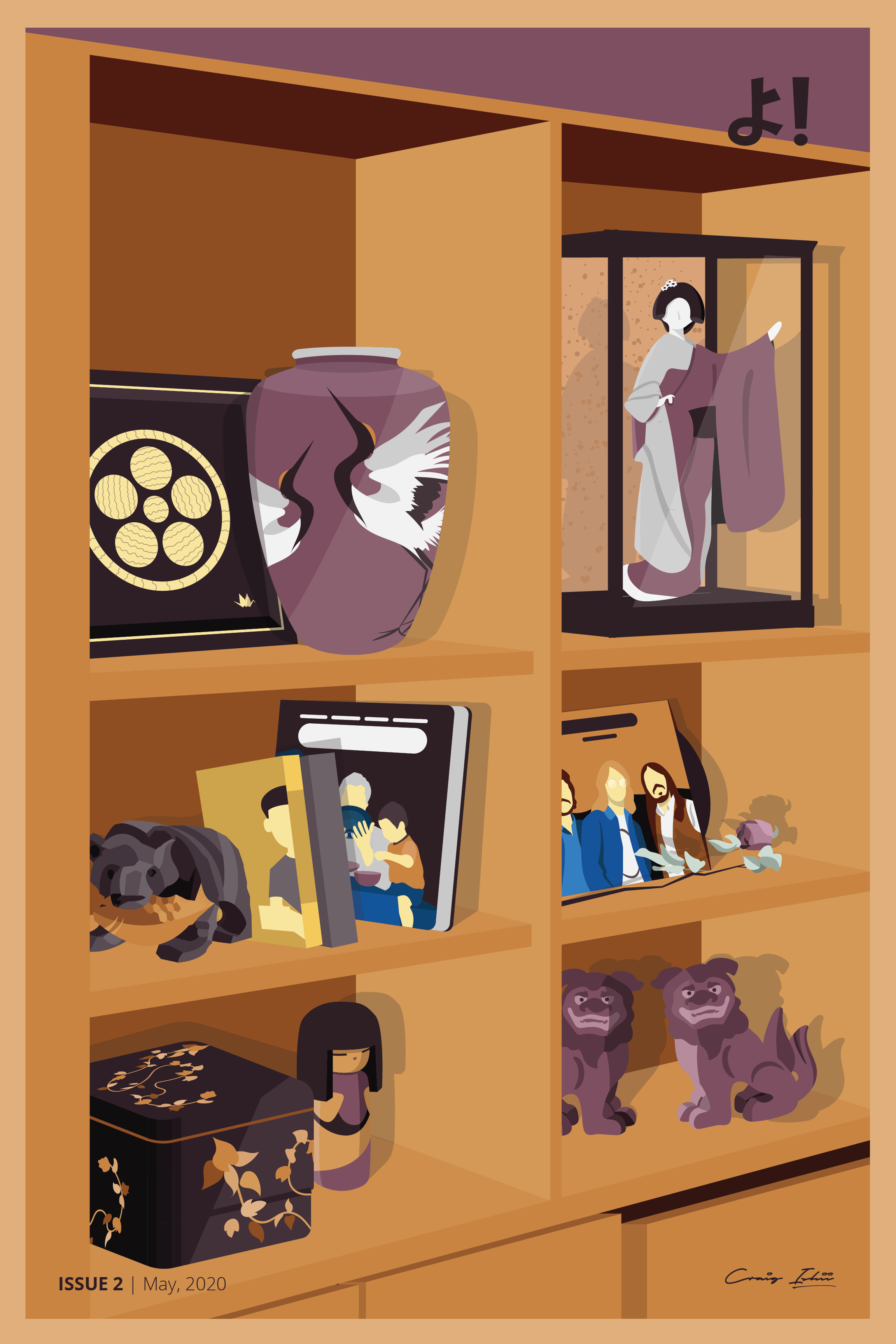 Article featured in this issue:
May 2020
Family Ki (Tree) Investigation
By,
Michelle Hirano
How Sansei Dances Revived the Asian American Cover Band Era of the '60s and '70s
By,
Taylor Weik
More Than Just A Name: Embracing Our Names with Our Culture
By,
Timothy Chuman
Are These Japanese American Antiques and Heirlooms Familiar to You?
By,
Craig Ishii