A friend recently asked me if I was planning on watching the Olympics this summer. And for the first time in my adult life, the most definitive answer I could give was, “I actually don’t know.” The 2020 Olympic and Paralympic Games has been riddled with controversy since the start of the global pandemic, and yet in the eyes of a number of governing bodies, the show must go on.

I’ve been casually following the news of Olympic updates, from its historic postponement to its addition of five new sports to the increased COVID-19 cases throughout Japanese prefectures to the headlines of qualifiers’ controversial disqualifications and everything in between. In the quick digital age we live in, these soundbites and snapshots seem to pass by everyday. And don’t even get me started on the Olympics President mistakenly referring to Japanese people as “Chinese.” It goes without saying that there’s been plenty of controversy surrounding the acclaimed global games, and yet the idea that has fascinated me most throughout it all: 83% of surveyed Japanese voters said the Games should be postponed or cancelled. 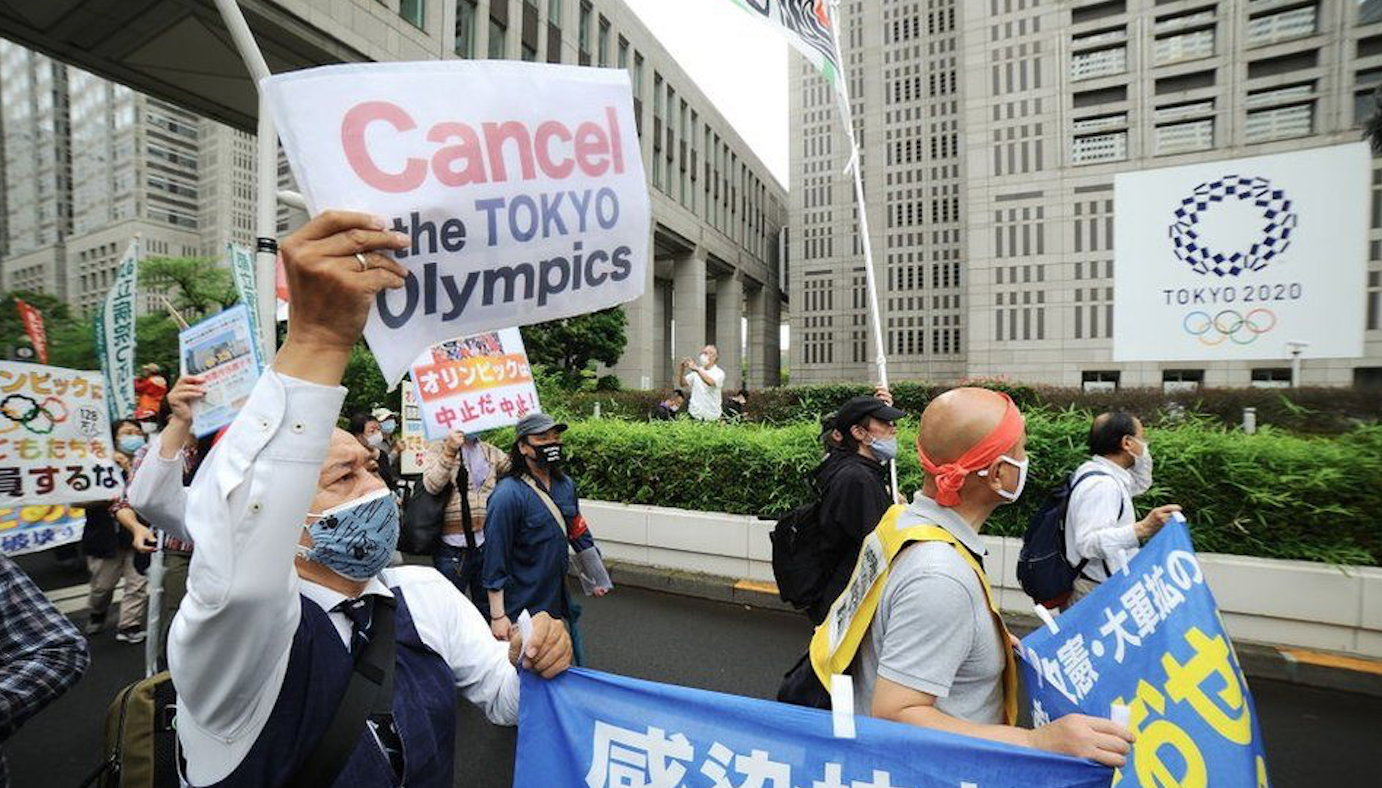 BBC News journalist Mariko Oi put my immediate thoughts into words: “Japan is not a country known for protests. So when people take to the streets in large numbers, it gets noticed.” When I read that statement, I can’t help but think about the many layers of cultural context, history, and norms that make active dissent and protest within the Japanese population so noteworthy. In a country and a culture known for their orderliness, respect for authority, collectivity, etc., the idea of voicing differences of opinion to those in power seems almost unheard of.

Japan is not a country known for protests. So when people take to the streets in large numbers, it gets noticed.

‍_And yet, that’s exactly what’s happening._ Between the uproar after a contentious livestream sound cut on NHK’s broadcast of the Olympic torch relay when voices of protestors could be heard and the 450,000+ signatures on a Change.org petition to cancel the Tokyo Olympics, it’s hard to ignore the present dissent against the Games. But the rising COVID-19 cases, stagnant 20% vaccination rate, and choice to move forward with the Games despite public disapproval leaves little room for surprise at the dissent. A close friend relayed to me that her parents, who are in their late 50s, even attended an Olympic protest in Osaka, Japan. This being the second protest they have attended, with their first being the anti-nuclear power plant rallies.

And maybe that’s why it’s so noteworthy that Japanese citizens are actively protesting–the severity of these events require our attention.

All that to say, I don’t imagine blind, unconditional support of the 2020 Tokyo Olympic and Paralympic Games to exist without any semblance of caution or question. In the midst of an evolving global pandemic, gathering tens of thousands of athletes and staff from around the world sounds like a potential recipe for disaster. And this is after you look past the historical displacement of communities and negative environmental impacts as a result of previous Olympic Games in host cities around the world. Organizations like NOlympics LA were formed to respond to those impacts, specifically to stop the 2028 Los Angeles Olympic and Paralympic Games, but now expanding to fight for “NOlympics anywhere.” Most recently, they coordinated a march in Los Angeles’ Little Tokyo to stand in solidarity with organizers and protestors around the world.

In discussing the “morality” of going through with the Olympic and Paralympic Games, it’s not difficult to recognize the negative impacts this could have on Japanese citizens and communities. So, why are the Games still happening?

Few will be surprised that this was the first question that came to mind. (Because at the end of the day, when are large scale events like this not about the economy? But I digress.) The ~780,100,000 Google search results tells me I’m not the only one who’s been curious about this and for that I am grateful. Beyond the question of economic benefit and prosperity, in the case of Japan’s bid to host the 2020 Olympic Games, it has been the government’s hope to symbolize the country’s recovery from its biggest national disaster, the Fukushima Daiichi nuclear disaster in 2011. Now, for you highly objective, analytical readers, you’re more than welcome to pull out your legal pad or read up on some pros and cons lists about whether or not the Olympic Games are beneficial. But as you continue to pull the curtain back, the International Olympic Committee, local government entities, and a whole host of other players are truly the ones in control.

We can talk ad nauseam about the concept of “tradition,” the weight of national pride, and the feel-good stories that come with the Olympic and Paralympic Games. There’s something about the easily recognizable Olympic tune and the celebration of unadulterated human athletic superiority that invokes a sense of pride like none other. The latter being one of the few things that bring communities of people together who would normally be in disagreement about almost everything else. Especially in the context of what our global and national societies have experienced in the past year, it can be incredibly tempting to advocate for a blind sense of unity, national pride, and optimism.

While not inherently harmful, I am hesitant to say that this is the best solution moving forward as this year’s Olympic Games unfolds. Tennis phenom Naomi Osaka was asked about the Games back in May, articulating her conflicting feelings surrounding the IOC’s decision to proceed in Tokyo. “Of course I would say I want the Olympics to happen, because I'm an athlete and that's sort of what I've been waiting for my entire life,” she said. "But I think that there's so much important stuff going on, and especially the past year," Osaka added. "I think a lot of unexpected things have happened and if it's putting people at risk, and if it's making people very uncomfortable, then it definitely should be a discussion, which I think it is as of right now."

Even with the 2020 Tokyo Olympic and Paralympic Games moving forward, you heard her—let’s keep the discussion going.

More by this author >>
Related Articles in
Community
Sports 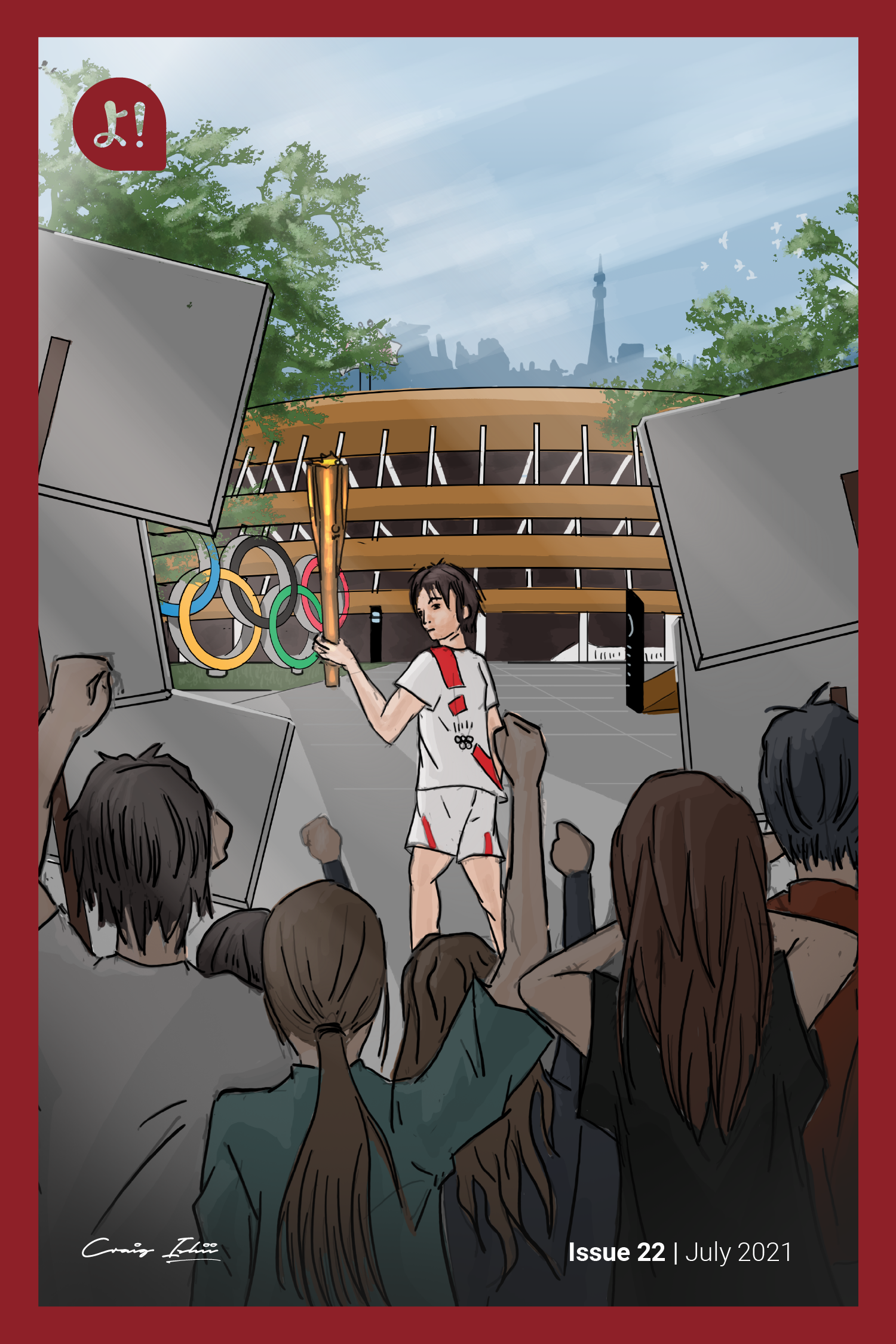 Article featured in this issue:
July 2021
Is There Stigma Surrounding Community College?
By,
Timothy Chuman
Quiet Support or Loud Disapproval: Thoughts on the 2020 Tokyo Olympic and Paralympic Games
By,
Megan Nagasaki
Delivering Community Care One Meal at a Time: Little Tokyo Eats
By,
Nicole Oshima
Speak Your Truth
By,
Dina Furumoto