“Oh, your number-one artist on Spotify is Keshi… yeah… yeah, no, I know who Keshi is…”

You've done it again. You tried to relate to your Gen Z cousin by trading Spotify playlists, only to be met with yet another vaguely condescending remark. The last time you saw such a scathingly passive aggressive eyebrow raise was when you were showing them a TikTok of you and your friends drunk dancing (as a joke!) to the Renegade. Are they just judgmental? Or are you really as old as they keep insisting? You’re 24 – doesn't that make you basically the same as them anyway?

No. Or, not anymore. Here are some of today's semi-mainstream Asian and Asian American artists– and archetypes who listen to them– that you need to catch up on before you try showing off to your judgmental Gen Z family member. Again.

Song Diversity (how different do his songs sound): Only discernible to fans

Main Audience: Dudes Who Have Felt Any Kind Of Emotion At Any Time In Their Lives and Love Telling People About It

Since I started with him, let's use Keshi as a warmup. If you listen to Keshi, you either wanna be him, or you wanna be the one that “fixes” him after someone else has curb-stomped a song out of his heart. But mostly the former.

Just glancing at his top five songs on Spotify tells you all you need to know: “It’s You,” “beside you,” “like I need u,” “2 soon,” “drunk.” Look familiar? It will to anyone who's texted a guy ages 17-22 who wears a silver chain and claims you're “sooo bad ahahaha.” Guys who listen to Keshi have tried wearing their hair in a headband at least once – or have at least thought about it. 30% own guitars, 75% have earrings, and 100% will go into detail about how he's been “fighting demons” if you ask how his week’s been going. Maybe a couple of years ago, knowing Keshi’s name would've given you some brownie points, but in 2022, he's basically part of the ABB (Asian Baby Boy) starter pack. It'll take more than that to impress a Gen Z.

Main Audience: The Baddies and The Broken Hearted

If Keshi was for the down bad girls and gays, and the “I'm-not-really-looking-for-anything-serious-after-my-ex” guys, then Niki is for everyone in between. Pre-“Indigo” Niki was a niche for the Asian American girlies; the man-lovers-but-who-were-man-wronged.

During the times of “Dancing with the Devil,” “Vintage,” and “I Like U,” girls were singing into their boba straws, fake eyelashes all a flutter. If you were at a party, especially somewhere in the 626, it was like a wolf’s howl on a full moon; if you heard it, you were singing it. Nowadays, though, Niki is a given. Although die-hard fans will have memorized her entire “Nicole” album/saga, knowing Niki is nothing to brag about, and if you can’t recognize her top 3 at least, then it's time to hit the headphones.

Song Diversity: The chill vibes tend to blend together, but fans can tell the difference

You know the people that exist to just…exist? The ones who whisk their own matcha. The ones who bead their own necklaces. They might journal, and they might even meditate, and they definitely, without a doubt, hand-write you birthday cards. Aren’t UMI fans just the most perfect people?

NO! They might look chill and spiritual on the outside, with their crystal necklaces and positive affirmations, but anyone who knows a true UMI fan knows that her music is the only thing getting them through their day without a mental breakdown. They might be vibing to “Love Affair,” “Ordinary," and “Sukidakara” (wow, they even know the Japanese part!) during the day, but trust that by night, they’re crying over their 70+ open laptop tabs to “Happy Again,” “Remember Me,” and “Sorry.” So if you can hum the chorus to “Down to Earth," I see you. The real you. It’s gonna be okay.

Song Diversity: if you can recognize more than 4, you know who you are

Main Audience: People, primarily women, who have seen some sh*t

Every once in a while, you’ll meet someone unforgettable, someone who you know you can truly talk about anything to, someone who would welcome you with open arms and not judge you the slightest bit; because that someone has been through everything. Only someone who’s lived a life you know most people three times their age haven’t can handle “Last Words of a Dying Star” and “I Want You.”

Song Diversity: Pretty diverse - each has its own poppy infection

Bright. Fun. Unique. Life of the party. Attention-seekers. All things that Rina fans become when listening to her songs. Whether or not you’re naturally outgoing and eccentric, the manic pixie dream soul that overtakes your body while listening to “XS” and “This Is Hell” definitely is.

If you were a Lady Gaga fan, or at least a fan of the Nickelodeon show “Victorious,” you probably bump into Rina songs every time you get in your car. Off topic, but you probably also developed a habit of randomly slipping into a British accent during your day-to-day (it’s not ironic anymore, and you should probably work on that). If you haven’t listened to Rina, you haven’t lived. And if you’re a die-hard fan, it’s an A in my book.

Main Audience: Anyone in their alternative revenge-era

Anyone who’s even remotely familiar with Beabadoobee knows that her archetype precedes her music. Frequentists of old Tumblr, new Pinterest, or alternative TikTok can instantly recognize her and, as an extension, those who idolize her. Messy hair (probably box-dyed red), smudged eyeliner, deco tats, and freckles characterize the Beabadoobee fan, and if you know more than “perfect pair” and “coffee,” then you're probably as cool as her. Just lay off the coffee and nicotine every once in a while.

If you were in high school during the 88Rising come-up in 2019, every boys basketball practice, volleyball scrimmage, and track and field meet wouldn't be complete without someone's JBL 5 blasting “Head in the Clouds,” “Japan 88" (with Famous Dex), and “History.”

Halle is a second-year undergraduate student at UC Berkeley who's just Trying Her Best. She loves talking, tarot cards, taiko, and other things that don't start with a "t."

More by this author >>
Related Articles in
Music
Pop Culture 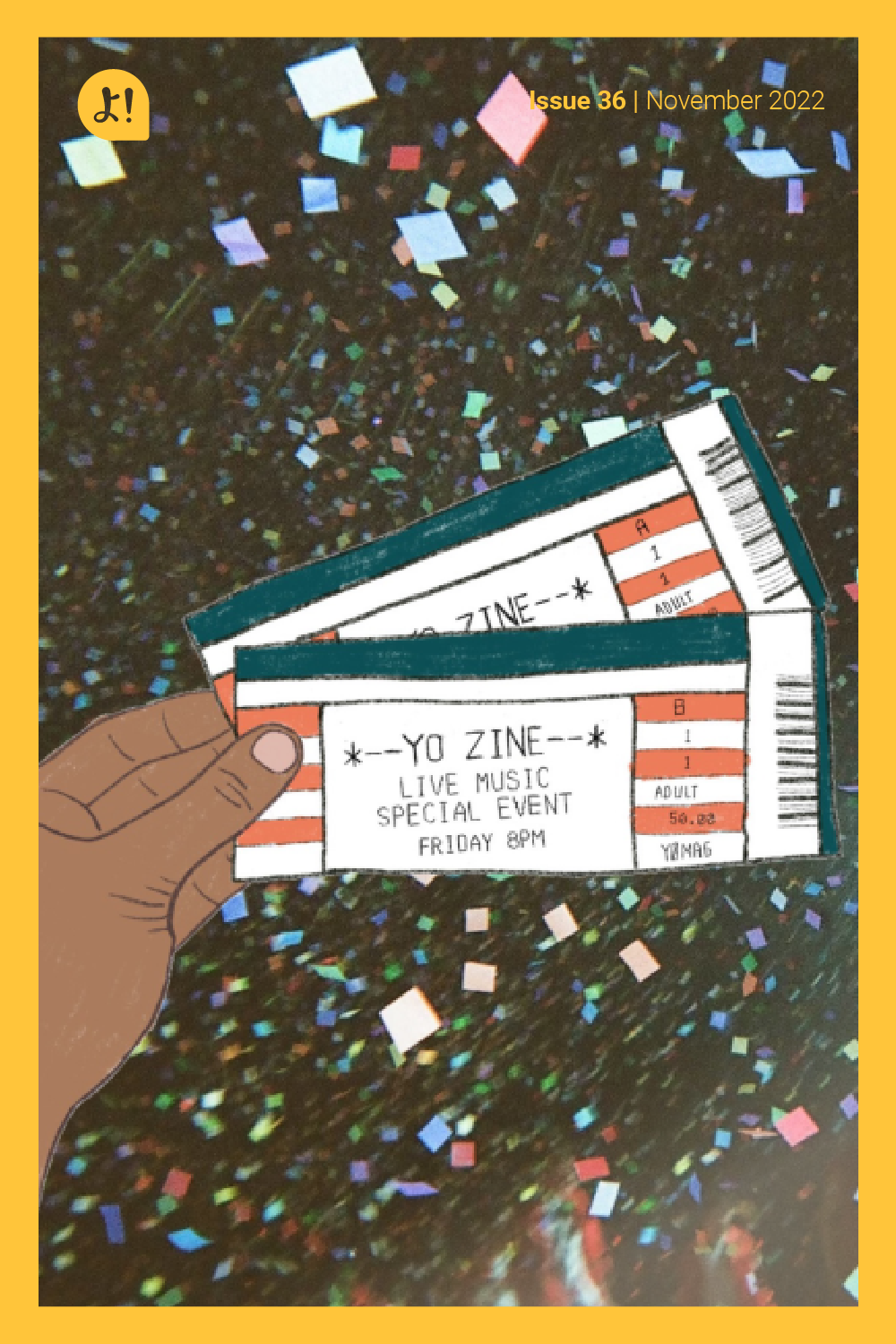 Article featured in this issue:
October 2022
What Would You Be Listening To If You Lived In Japan?
By,
Kyle Okazaki
What Sounds Like Home: On Creating Black and Asian American Identity Through Music
By,
Mariko Rooks
Meditations on Lofi Hip Hop
By,
Kyle Okazaki
Five (A)API Playlists for Fall 2022
By,
Nicole Oshima