I always try to stay in touch with my family and any friends who reside in Japan.

It’s not uncommon for us to hold conversations about Japanese identity and diaspora over LINE and Facebook Messenger. More recently, with the pandemic going on, conversations have been primarily about our respective governments and how they’ve been handling the emergency response.

I reached out to a dear friend of mine who resides in Kyoto, the former capital of Japan that prides itself in its preservation of tradition and culture, to learn about how the people and government have been responding to the pandemic.

What is your name and how do you identify?

My name is Mari. I identify as Japanese.

What experiences shaped your identity?

Though I was born and raised in Japan, I first really identified myself as Japanese when I moved to Nashville to pursue my music career. People, mostly white, suggested that I emphasize my Japanese-ness. Growing up, I never thought about my Japanese-ness, which is a privilege. I was serious about my career back then, so I followed their advice. For example, I wore a regular summer dress with a pair of zori in the poster of my first show. I was not that comfortable with that idea, because I do not wear Japanese traditional clothes regularly at all.

But being fully aware of my Japanese-ness isn’t always negative. After I became friends with you and your family and got to know the Japanese American community more, I realized that reinforcing or showing Japanese-ness can be an effective means to show hidden histories and experiences of the Japanese community in the U.S. and outside Japan.

After I entered graduate school, I started identifying myself as liberal-oriented, but was often misidentified as a conservative due to my topic of study, American country music. I still meet some academic people who run away from me when they hear I study American country music. Because of its stereotypical image, both Americans and Japanese academics misjudge me as a conservative U.S. patriot, though I am not an American. I am always being careful not to be reactionary when I say I like country, but I have liberal ideas, like supporting immigrants, LGBTQ, and non-white people. Music is not merely music, but works as an identity marker, which I don’t think always shows who a person really is.

Though I was born and raised in Japan, I first really identified myself as Japanese when I moved to Nashville to pursue my music career.

As a Japanese person, what is your perspective on the United States government?

The Trump administration is not working at all, and the Japanese media seems to uphold that tone. I haven’t looked into this at all, but I bet there are many Republican voters who feel uncomfortable with how he deals with things. As a whole, I feel there are much deeper and accessible political discussions in the U.S. than here in Japan. I'm under the impression that it’s easier for people to raise their voices and exchange political thoughts in the U.S. than here in Japan. They clearly show their views on various issues like taxes, police, housing, healthcare, and U.S. diplomacy with foreign countries. Japanese parties do not do that.

How do you think this relates to the U.S.’s response to the coronavirus?

Those in power always racialize people’s bodies. I’ve heard that the people most struggling with, and who are killed by the coronavirus, are people of color. I think the U.S. nation-building based on the dominant white race has been so intensified that people of color are dying either by the virus and/or by the police and other institutions. I think this pandemic made this reality more visible to more people.

What is your perspective on the Japanese government?

The Japanese government does a lot of the same things as Trump administration. Some of the Liberal Democratic Party members publicly denounce LGBTQ people as not being productive at all because they cannot bear children, and their policy on the Technical Intern Training Program is restricting immigrant rights. Many Japanese people do not have clear ideas about their identities. I still hear some male employers say it is not fair to pay Vietnamese workers the same wage as his Japanese female workers at his company. He is assuming these ladies would get mad if Vietnamese workers earn the same amount.

The Japanese government implemented a law for companies and organizations to legally hire non-Japanese workers under the Technical Intern Training Program. Officially, this program has a purpose to exchange and learn skills so that the workers can bring their knowledge back to their home countries, but it is just used to increase the workforce from foreign countries. In many cases employers do not follow the rules and it could lead to human trafficking. The Japanese government does not like to have immigrants in Japan. At the same time, they need the workforce.

The Japanese government does a lot of the same things as Trump administration. Some of the Liberal Democratic Party members publicly denounce LGBTQ people as not being productive at all because they cannot bear children, and their policy on the Technical Intern Training Program is restricting immigrant rights.

What are your thoughts on Japan’s response to the coronavirus?

Then, there were the heated discussions about how to compensate businesses that needed to close due to the containment. At first, the LDP said they would pay 200,000 yen (about $2,000 USD) for the household/business whose income has decreased 50% compared to the same months last year. But in a chaotic situation like this, it would be hard to submit papers to confirm that. So the Komeito political party, who support the LDP, told them that they will stop supporting them if they did not pay every person inJapan 100,000 yen (about $1,000 USD). Finally, the LDP decided to pay that amount to us. Yet, most of us have not received any money nor information on how to apply for the funds. They were so reluctant to help businesses affected by this. I thought the government was going to sacrifice its people for their personal interest.

Those things resulted in their failure in handling the coronavirus. How they treated and responded to the pandemic made me think the LDP is the group of people who are willing to kill people in Japan. They only care about themselves.

I think they do not know what is really going on. At the same time, they are insecure about their status because of more people raising opposing voices to them. I regret that I wasn’t so interested in politics and sometimes did not vote in the past, but I say to myself that it’s never too late. We need change now.

Grief That’s Worth Its Weight in Gold 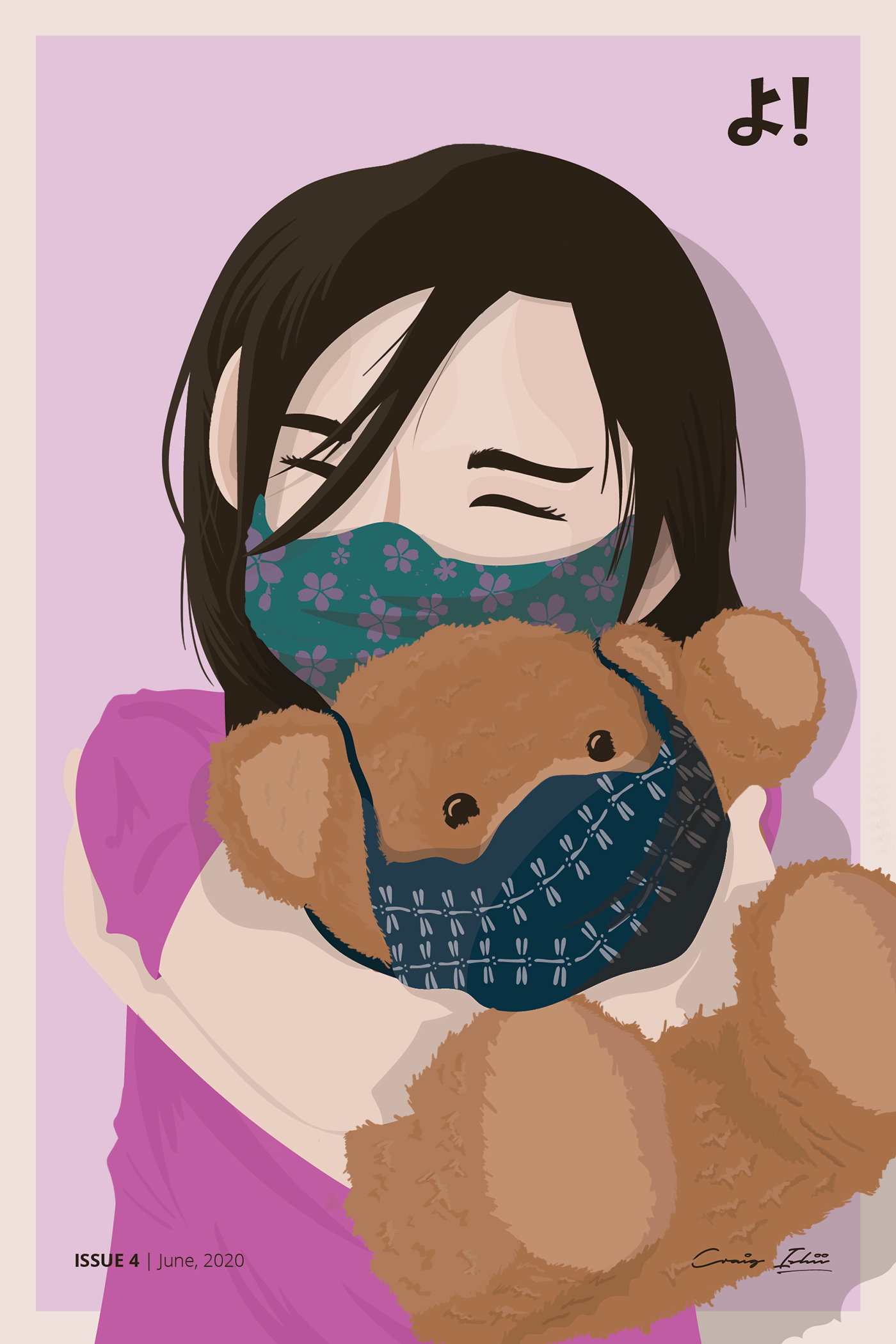 Article featured in this issue:
June 2020
When You’re In a Pickle…
By,
Dina Furumoto
Here's What My Dog is Saying About Quarantine
By,
Michelle Hirano
15 Things You Have to Deal with as a Student in the Era of COVID-19
By,
Nicole Oshima
Black Lives Matter Resource Roundup
By,
Megan Nagasaki

As if navigating classes and peer relationships in school isn't challenging enough, we've had to do it while going through a global pandemic. We empathize with all the students out there!

Woof woof! Read a comic about how quarantine has impacted one dog's life... for the better.

Explore our Black Lives Matter Resource Roundup, in solidarity with Black communities in the ongoing fight for racial justice. Click through the different resources, bookmark them for later, or share them with your family and friends to help stay informed on issues in the Black Lives Matter movement.

5 Spotify Playlists From Yo! to You (COVID-19 Edition)

Because we’re all sheltering in place due to the COVID-19 pandemic, we wanted to share some curated Spotify playlists to help you get through the day. Choose from Sansei hits, lo-fi beats, songs celebrating Black artists, and more!

When You’re In a Pickle…

When in doubt, turn it into a pickle!