Mental health and therapy have always been taboo topics within the Asian American community. I don’t have the credentials nor academic background to explain why this is the case, but it’s the case. But if we’re able to move past that stigma, therapy can be a life-changing, super-charged version of self-care.

When I was in my mid-twenties I was struggling with mental health issues related to workplace anxiety. A combination of personal expectations, perceived expectations from my community, and the general pace and workload of the job was creating frequent panic attacks where I couldn’t breathe. In some severe instances my chest almost felt like I was having a heart attack. While I was initially worried that I was actually having heart problems, after visiting the doctor and finding out that all the hardware was ship-shape, that initial worry actually deepened when I realized it was a software (psychological) issue that needed to be addressed. 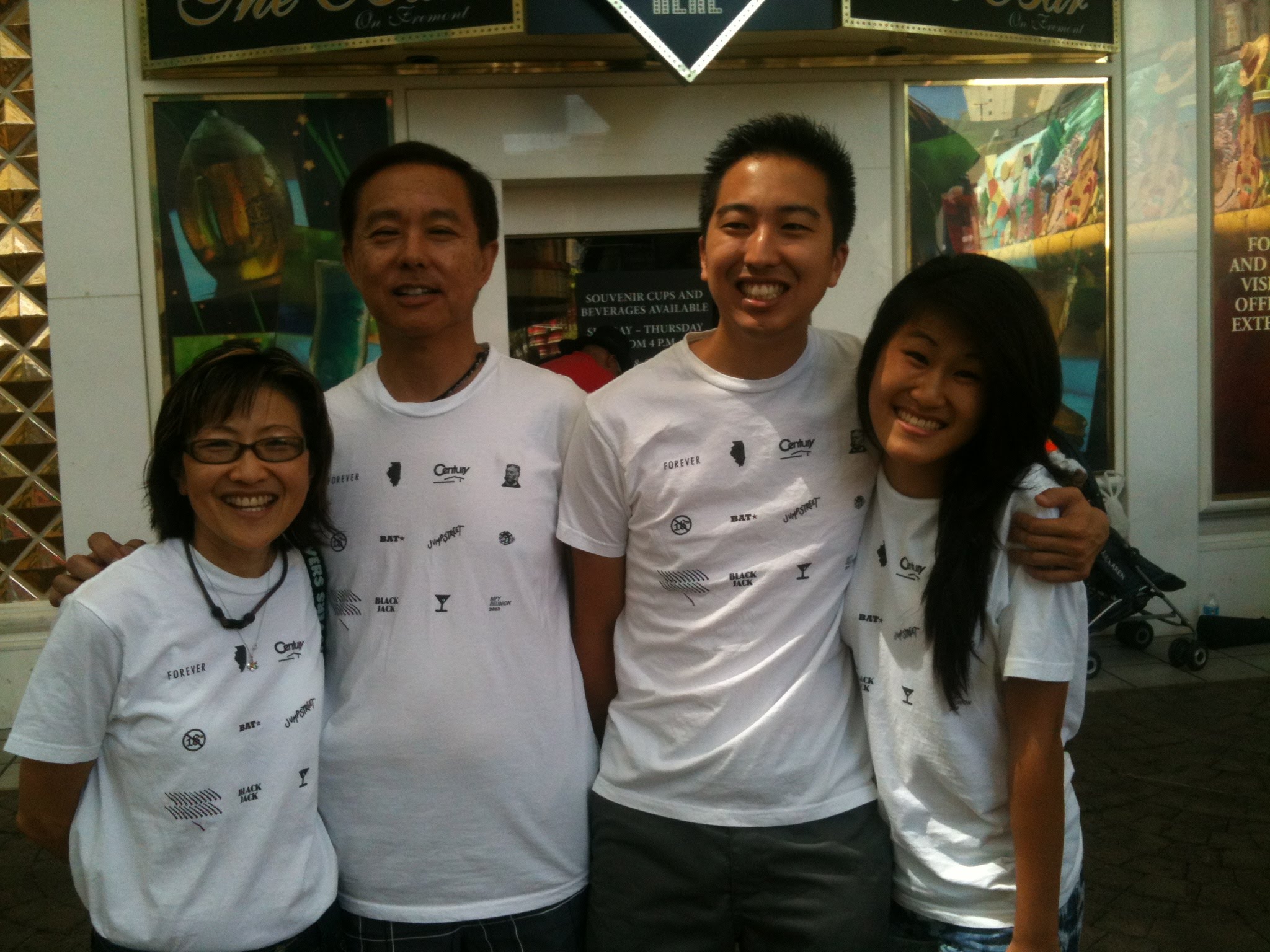 I can't speak to why these family reunion t-shirts look like they've been sponsored by all the worst brands in America.

Well, maybe the word isn’t “worried.” It's more accurate to say that I felt ashamed.

So I just sat with it. I sat with the anxiety and continued to have the panic attacks for about six months, until I finally sucked it up and decided to seek a trained professional for help.

Best decision of my life.

10+ years later, I still go in for regular sessions; not necessarily because there’s a problem, but instead, as a regular tune-up. In the same way we exercise, eat healthy, and take our car into the shop, a mental tune-up helps to proactively keep us running.

While there's still always room for improvement, we certainly found an appreciation for each different member, a humanization for who each individual was as a person, and a willingness to make some new memories and have a bit of fun.

Up until recently, I wouldn't say that my family and I were super close. While I'm close with my sister, my relationship with my parents was a different story. Years and years of dragon parenting and "when are you going to get married?" had made my relationship with my parents cordial at best. Visiting home was akin to doing chores; obligatory and blasé. Looking back to that period, I found that I was physically present, yet not emotionally present. The proximity of our locations were all visiting under the same room, but my mind was lost in television shows, social media posts, and editorials.

As my mother was approaching retirement from decades of teaching, we were having a conversation about the benefits of therapy. I noticed within her a general openness to trying new things in retirement, and there was a willingness to try therapy.

Best decision of our lives.

What started as a one-on-one session eventually brought in the entire family. With enough unpacking, honesty, and a little bit of vulnerability, it transformed all of our relationships. We found ways to appreciate the sacrifices made by each individual, began to avoid and de-escalate triggers rather than running through them, and in the simplest sense, we began communicating. 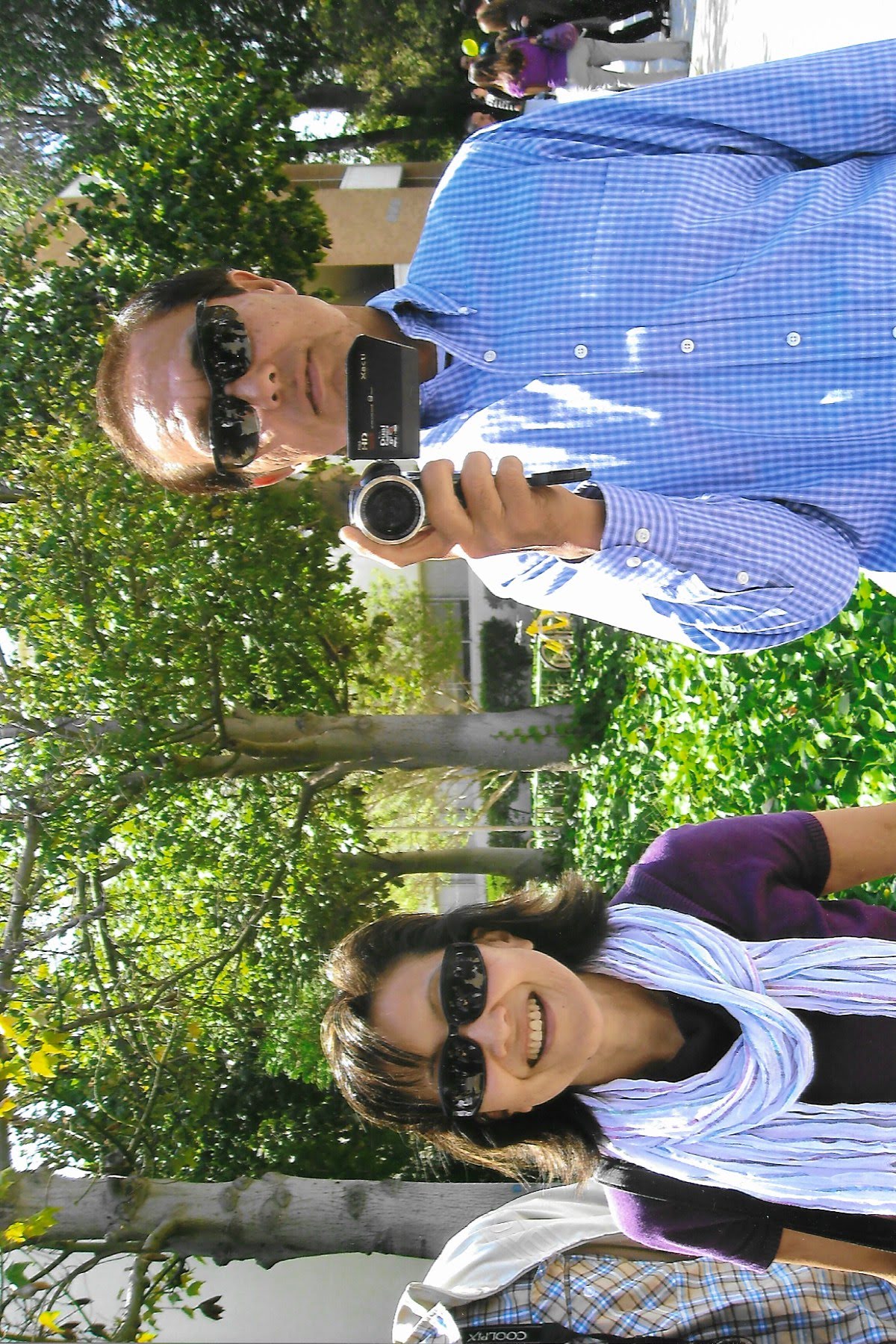 This is one area that I need to work on. I literally have <10 photos of my parents in my reel. This is one of the better ones.

While there's still always room for improvement, we certainly found an appreciation for each different member, a humanization for who each individual was as a person, and a willingness to make some new memories and have a bit of fun.

Years and years of dragon parenting and "when are you going to get married?" had made my relationship with my parents cordial at best.

None of this is magic. In terms of mental health, it's not penicillin or antibiotics, but instead regular exercise, meaning you have to try. Here are the some of the primary takeaways that walked away with from the experience:

Compounded resentment - This was the biggest one. It was explained to us that over time, the micro-nagging, scolding, angsty teenage scoffs, and questions about occupational direction and relationship status create resentment that continues to stack and compound. This compounded resentment ultimately stacks so high that it becomes difficult to build any relationship until you begin to unpack the resentment, communicate feelings, and discard it.

Criticizing the family member who isn’t there is the ultimate deflection - Of our 50-minute sessions, it was easiest to spend most of our time criticizing and analyzing the family member who wasn’t present for that day. If it was my sister, all 50 minutes would be spent talking about the things we felt that she needed to improve on. If it was my dad, same thing. I can only imagine all the things that were said about how they felt about my “no profit” career at the time, or about their disappointment that I was still unmarried. But there was one session when all four of us were there, and though it was the single most uncomfortable session because we all had to hear directly how we felt about each other, it still remains the most memorable and the session where I think we all learned the most.

Don’t press the trigger button - Every family member knows the remote control buttons to activate, enrage, sadden, or trigger other family members. But, for some reason when we see the red button that says, “warning, this button will piss them off” instead of avoiding that button, we push it. Perhaps it's because we know that they went ahead and pushed that button on their remote pointed at us, so it’s only fair. Regardless, teaching yourself to take a completely different set of actions instead of escalating can dramatically change your relationship into one of trust, rather than irritation.

We all value family, but sometimes we value our egos a little more. Let that go and see what happens.

More by this author >>
Related Articles in
Family
Health

To Santa or not to Santa, that is the question

To All the Moms I've Loved Before (Well, Just One)

Article featured in this issue:
November 2021
Following Family Recipes: A Saga
By,
Megan Nagasaki
5 Things I Wish Someone Told Me Before I Had Kids
By,
Lisa Aihara
8 Things You Remember If You Had AZN Pride
By,
Michelle Hirano
DnD - Dice Advice
By,
Mariko Fujimoto