What's even more amazing than a new, *Asian American bookstore* opening its doors? The fact that its owner got it off the ground in the middle of a pandemic, despite having no experience with running a business or working with authors and publishers.

Based in New York City's Chinatown, Yu and Me Books is the brainchild of 27-year-old Lucy Yu, a former chemical engineer. The bookstore, which officially opened December 2021, carries not only work by Asian and Asian American authors, but also books penned by writers of color and anyone who has felt "othered," in Lucy's words.

We chatted with Lucy to learn more about her life, career shift, and plans for the space. 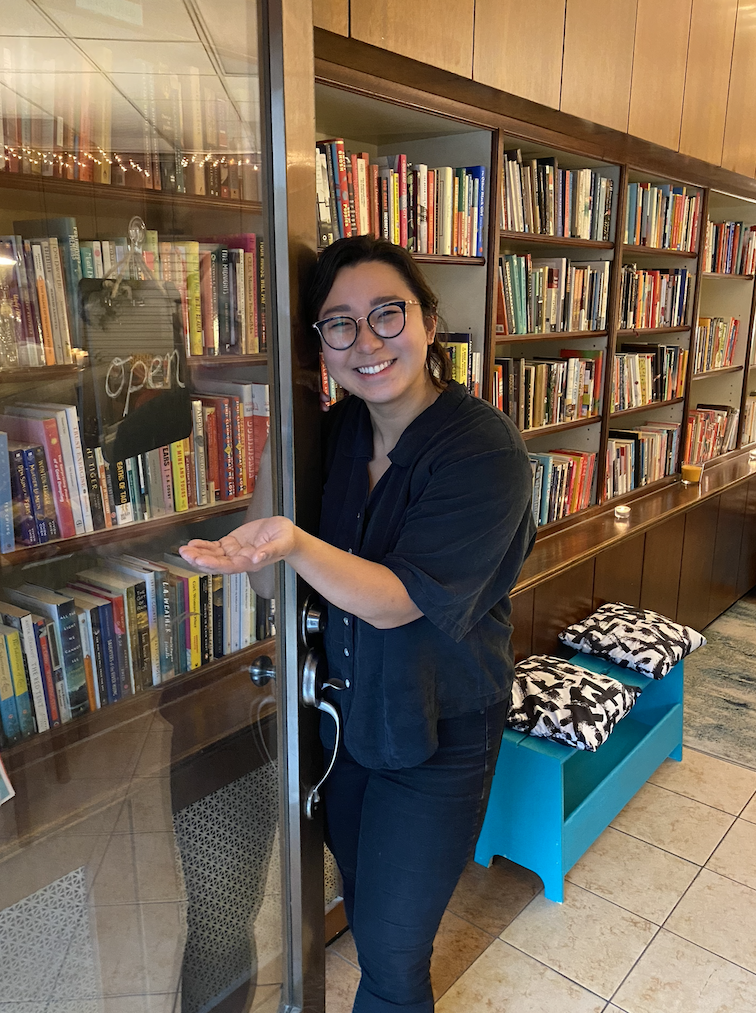 What was your upbringing like? I’m guessing you were a big reader growing up.

I was. I grew up in West LA, close to Culver City, and my mom raised me by herself. Her mom was a principal and a huge reader; she even published her own book in China. And though my mom is a microbiologist, she also loves to read, and we read a lot together when I was a kid.

I’m also an only child, and growing up without siblings, you try to find solace in other things. Books were my friends–they filled that void of loneliness when I was younger.

But I didn’t grow up in an area with a lot of diversity, and I was hungry for representation. My mom and I did visit Alhambra’s Chinatown every weekend to run errands and get groceries, though, which is why I guess I’ve always looked for things that remind me of Chinatown. It reminds me of home, and of my mom. And now the bookstore is in Chinatown in New York!

But you didn’t end up majoring in English or something in the humanities.

I chose the science field and graduated as a chemical engineer, which I guess I did because I was around science a lot growing up. But I don’t think I like science very much.

I moved around for work, and at one point, I realized engineering wasn’t for me. I always dreamt of moving to New York and my partner wanted to move, too, so I found a supply chain manager job in New York City and moved in 2019. And I would not leave for anything. There’s a lot of really good energy here. I think everyone out here has a hustle, and it pushes a lot of creativity out of me.

Did living in New York City inspire you to open your own bookstore?

I actually told my mom when I was seven that my dream was to open a bookstore on Abbot Kinney, if you can believe it.

But I started thinking about it more seriously during the pandemic. One of my best friends passed away during that time, and that grief and realization that life is super short kind of pushed me into doing it.

I don’t have any experience owning a business and I never worked in publishing. It all started with me literally Googling “how to open a bookstore” with a glass of wine at my side. And I just kind of went from there, putting together a scrappy business plan by January 2021. Everything I learned, I learned from Googling and searching Reddit and forums.

The crowdfunding I sourced from GoFundMe allowed me to get my deposit for the store, which took me four months to find until my partner recommended Chinatown. When I saw the space, I totally loved it.

It’s wild… I think any businessperson would be “what the hell are you thinking?!” But like I said, life is really short. And people are really hungry for stories and representation right now, and I don’t think that is something that will ever end.

Tell me about the bookstore itself: what specific kinds of books do you carry? What has the support been like since you opened your doors?

I like to say that yes, I’m an Asian American bookstore owner, but we have more than just Asian American books! A lot of our inventory is from by writers of color, but also just anyone who has felt othered. Stories I never saw growing up… that’s what I really try to focus on my shelves.

Some of the books I just stocked, for instance, include titles like A Place for Us by Fatima Farheen Mirza, Homegoing by Yaa Gyasi, and An American Sunrise by Joy Harjo, who is an amazing Indigenous writer and poet. 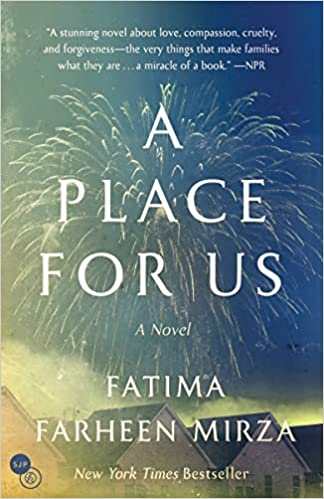 We also carry jewelry, candles, and homemade cards from other small businesses and artists, and I just learned how to make espresso from a friend so that we can open a café here. My next goal is to get our alcohol license so we can serve drinks.

As for the support, it’s been so much better than I could’ve imagined. When I dreamt it, I really didn’t think I’d sell more than 10 or 12 books a day, but the reception has been awesome. People come in just to tell me they’re excited this place exists. It means a lot to me that my dream has resonated with a lot of people. Someone told me that Celeste Ng tweeted about the bookstore and I almost threw up.

**You’ve done the hard work of getting Yu and Me up and running. What’s next?**‍

I want to continue to grow Yu and Me into a solid community space where people can feel seen, in whatever format that takes.

After the Atlanta shootings, I was in a really dark space, and the Cosmos was a great resource that helped me work through the emotions and the trauma. I hope to continue to work with more Asian American collectives like them and the Asian American Writers Workshop.

In general, though, I want writers to be able to come together here and share the work that was maybe rejected elsewhere, so they can see how important it still is. I hope they can look around at the shelves and see that all of these books are by writers that look like us, that share our stories. There’s still a chance for us.

Visit Yu and Me Books online and follow their Instagram for news on releases, author events, and more.

Taylor is an LA-based writer with essays and journalism in Teen Vogue, NBC Asian America, and more. She’s passionate about celebrating and sharing Asian American stories in all creative mediums, and is currently developing a game about the U.S. Japantowns called J-Town: A Visual Novel.

More by this author >>
Related Articles in
Business
Community

My JA Community: A SoCal Transplant in NorCal's Summer

Through a friend of a friend. Isn't that how most people meet their significant others?

Hello, from the Middle

It’s hard to explain why working with JAS is so important to me. Showing up in action and solidarity with love for our community and a revolutionary vision for the future just feels like the right—and sometimes the only—thing to do.

Add these iconic Little Tokyo spots to your date-rotation. Bonus points if you hit them all in one go!

Lisa and Steven answer some relationship questions from the Yo! editorial team.

I'm not big about hugging. But is it because I was raised that way?

3 Generations respond to 1 topic. 15 questions. In this issue: LOVE.

We Have to Talk About Queer Love in the JA Community

February in the JA community is filled by two major holidays: Day of Remembrance and Valentine’s Day. Let's honor both by re-evaluating how we look at gender, pronouns, love, and identity with our youth.

With just a few tips, you can enhance your local grocery store flowers (or flowers picked from your backyard) into a thoughtful arrangement that will reflect your true feelings.