Standing at a towering height of four feet and eleven inches, she was the most headstrong and determined person I knew. As stubborn and straightforward as she was, she was also a kind woman who had a beautiful smile and an unforgettable laugh that could fill a room with ease. She did everything in her capacity to give me a fun childhood. This was certainly obvious when she would spend weeks practicing juggling just so that she could catch my attention by juggling mikan while I was running around her house.

She cared for me like no other, and I felt it every time she wished me well whenever I left her house with a simple, “Ki wo Tsukete”—take care, be careful. Though there are countless memories that I can recall, none can compare to the hot summer days where we’d sit together with bowls of somen, slurping up noodles as she shared stories of her youth in Japan. 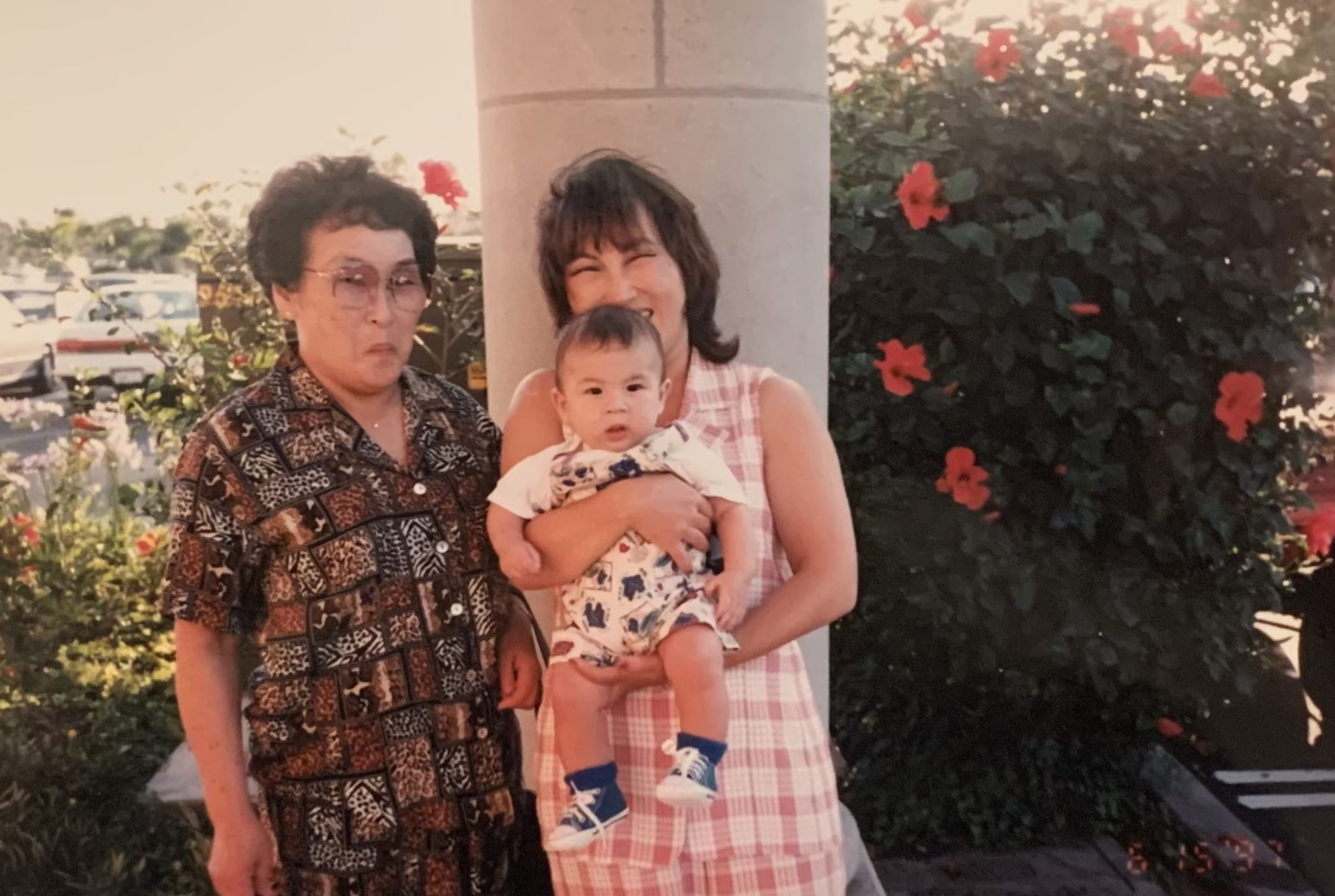 My grandmother loved Japan, and I knew deep down there was a part of her that wished she never left. Although she grew up in the war-torn prefecture of Nagasaki during WWII, it felt as though she simply just longed for the days where she could be beside her family that she had left behind decades prior. Immigrating to the U.S. in the 1960s with her second husband and my mother may have allowed her to afford new opportunities, but it also forced her to sacrifice everything she knew.

One of the casualties of this immigration was her daughter’s ability to speak Japanese as the societal push for assimilation had victimized my mother. With a lack of Japanese in the household and the hints of cultural erasure around her, it’s easy to see why she missed Japan so much. That said, it made sense that one of her final wishes before her passing was to be returned to Japan to be laid to rest with the family she missed so much.

With the complications that grew out of the COVID-19 pandemic, we weren’t able to fulfill her wish for years. My heart weighed heavy as I felt her watchful gaze upon me whenever I passed her urn. Each time I could hear her asking me, “When do I get to go home?” I could only imagine how my mother felt.

For years we felt like we were letting her down… that was, until I received a job offer in Japan. I was now in an interesting position that was not just beneficial for myself, but also beneficial for my family. It did not matter how I felt about leaving my life in America behind; it was finally time for Grandma to go home.

As my departure date for Japan approached, a storm of uncertainty began to brew in my head. Within the dark clouds of my consciousness, lightning shattered and crackled. Each echoing boom of thunder asked, “Are you the right person to do this?” “Shouldn’t it be your mother?” “What happens if you mess up?” “What happens WHEN you mess up?” It felt as though I would never be able to ease my uncertainty during the journey that lay before me.

Though I was frantically packing my bags, I took a moment to ask my mother what it was that she needed. When I approached her, she silently sat on a chair with an envelope in hand. I stood there confused, assuming the envelope was filled with an endearing card of congratulations  As the silence continued, I was handed the envelope and to my surprise, it was filled with yen. I couldn’t accept a gift like this; it never feels right to me when I am given money that I didn’t work for. Before I could even reject the gift, the silence was broken as my mother spoke up and said, “Grandma left this for us; I’m sure she would want you to have it.” With tears in my eyes, I clenched the envelope, a final gift from my grandmother who I miss so much. 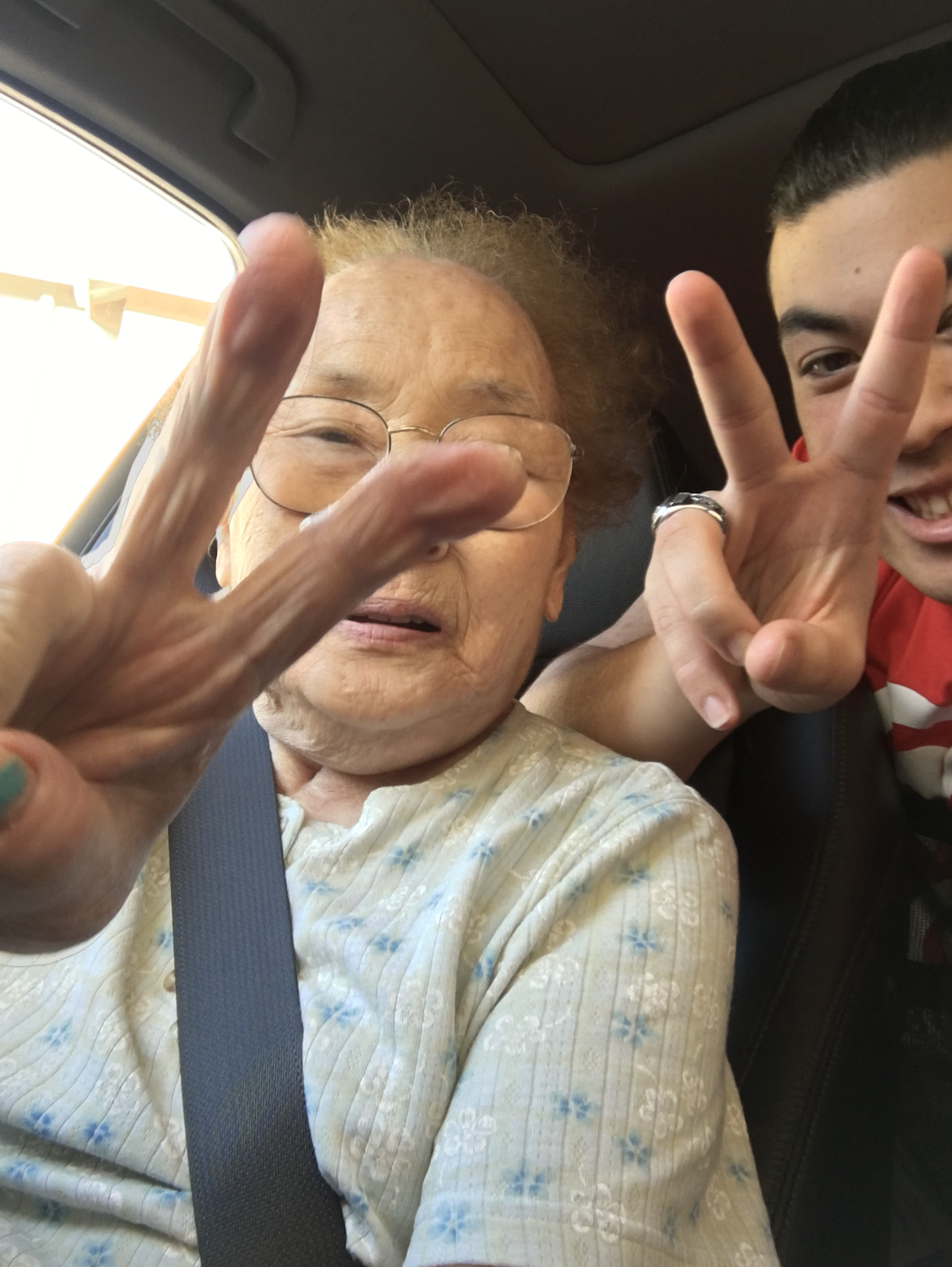 For the next two weeks, I nervously traveled with an urn packed in my carry-on. After my flights and quarantine, I finally arrived at my new home in Amakusa, Kumamoto. Although I felt relieved that I was done with long-distance travel, a new obstacle unfolded before me. I had no idea how to go about organizing a service in Japan.

Luckily, the host family I was assigned to for my first few nights in Amakusa was kind enough to assist me in that. As a family who lived in a temple and whose father was a Buddhist priest, they walked me through the process with compassion and understanding. Together, we transferred my grandmother to an urn that was more suitable for a Japanese ceremony. Afterward, I set up an altar in my house while further preparations were being made by my family in Omura, Nagasaki. With that done, all that was left was to make the final trek of the journey to our family plot in Nagasaki Prefecture.

While I sailed from Oniike Port in Amakusa to Kuchinotsu in Nagasaki Prefecture, I realized this would be my last time traveling with my grandmother. I thought about all the times she drove me with her to the Marukai in Gardena. Every time I had a smile on my face knowing that I was about to get a Pokemon toy from a mystery box, but also just generally happy to be spending time with my favorite person in the world.

My reminiscing was then interrupted by the thought that at some point there was a final time that she drove me to Marukai with her. Now, it was my turn to drive her somewhere for the last time. The ferry had arrived in Kuchinotsu and I began my drive to Omura.

With my grandmother buckled into the passenger seat, I made my way to her hometown in the middle of the night. Throughout the drive, I blasted her favorite songs, like “Sukiyaki,” as I sang along terribly just as I did when she played them when I was little. Tears filled my eyes as I talked to her about all the great memories we had together. I told her how much I love her, how much I miss her, and how proud she must be to be seeing me live in Japan now. She had passed away a couple of years earlier, but at this moment it felt as though I had only lost her the day before.

The day after I arrived in Omura, the time had finally come.  It was finally time to reunite her with the family that she missed so much.  As the Buddhist priest commenced the service and she was placed within the family plot, I weirdly did not feel sad. In retrospect, I think I felt relieved that I had finally been able to fulfill her final wish. I thought I would feel alone, but as I stood there surrounded by my relatives in Omura, I felt comforted. My grandmother had been reunited with her family and with my family surrounding me, I realized I had, too.

As you continue your journey in the afterlife, Grandma… Ki wo Tsukete.

In Memory of Yoko Reed

What Kind of Mom Are You? 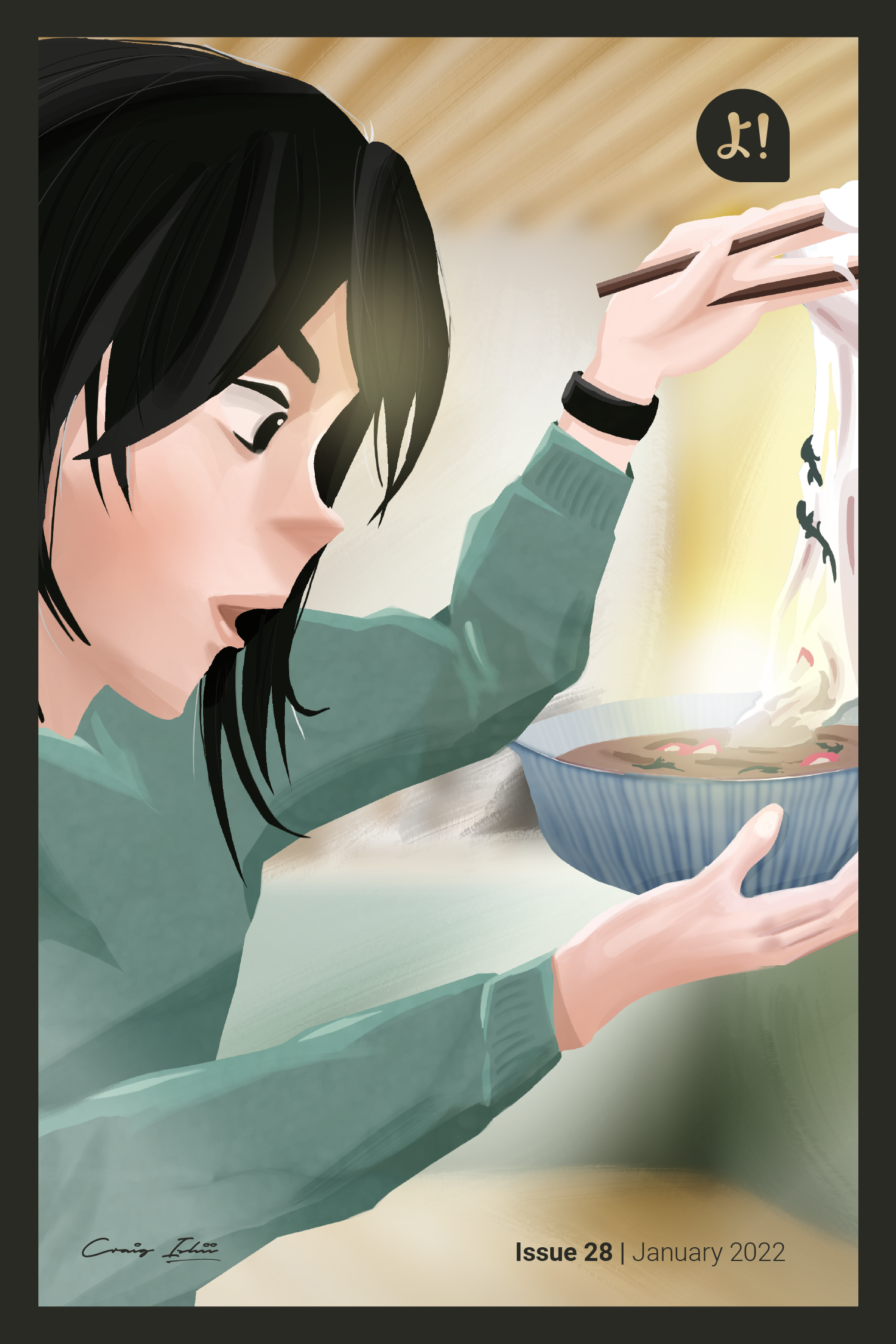 Article featured in this issue:
January 2022
Education and the Path to Self-Defined Success
By,
Leah Chase
Ozoni from Around the World
By,
Craig Ishii
Fierce Vulnerability with Gia Gunn
By,
Stephanie Nitahara
If You Gave Up on the Bullet Journal, Maybe You Did It Wrong
By,
Lisa Aihara

Gia Gunn chats about her journey from dancing Nihon-buyo as a child to RuPaul's Drag Race to self discovery and activism.

New year, new pandemic, new perspective. College during these strange times has taught me to divest myself from a career-oriented approach to education and invest in my personal goals and interests.

Planning for your organization is STILL a challenge given the present circumstances, but not impossible. Here are ways that you can create the mindset and practice to plan proactively.

If You Gave Up on the Bullet Journal, Maybe You Did It Wrong

The Bullet Journal is a life changing method of decluttering your mind and doing more with your time. If you don't agree, maybe you did it wrong.

We Need to Talk: Time to Reframe Our Thinking When It Comes to New Year’s Resolutions

With so many people having made New Year’s resolutions related to diet and exercise, it is the perfect time to confront what it is that we really value in our lives.