Photography in its simplest form is the practice of collecting light. It has the unique ability to capture a moment in time and allows us to learn about the human experience.

For this issue on diaspora, I reached out to several friends and family members and asked them how they envision the intersection of their experience and the Japanese diaspora, and to provide a photo. Within these conversations and photos, I found elements of community-building, cultural preservation, cultural evolution, and isolation.

Undokai at AELU, the Japanese stadium in Peru. Undokai is an annual sports day tradition that originated in Japan. 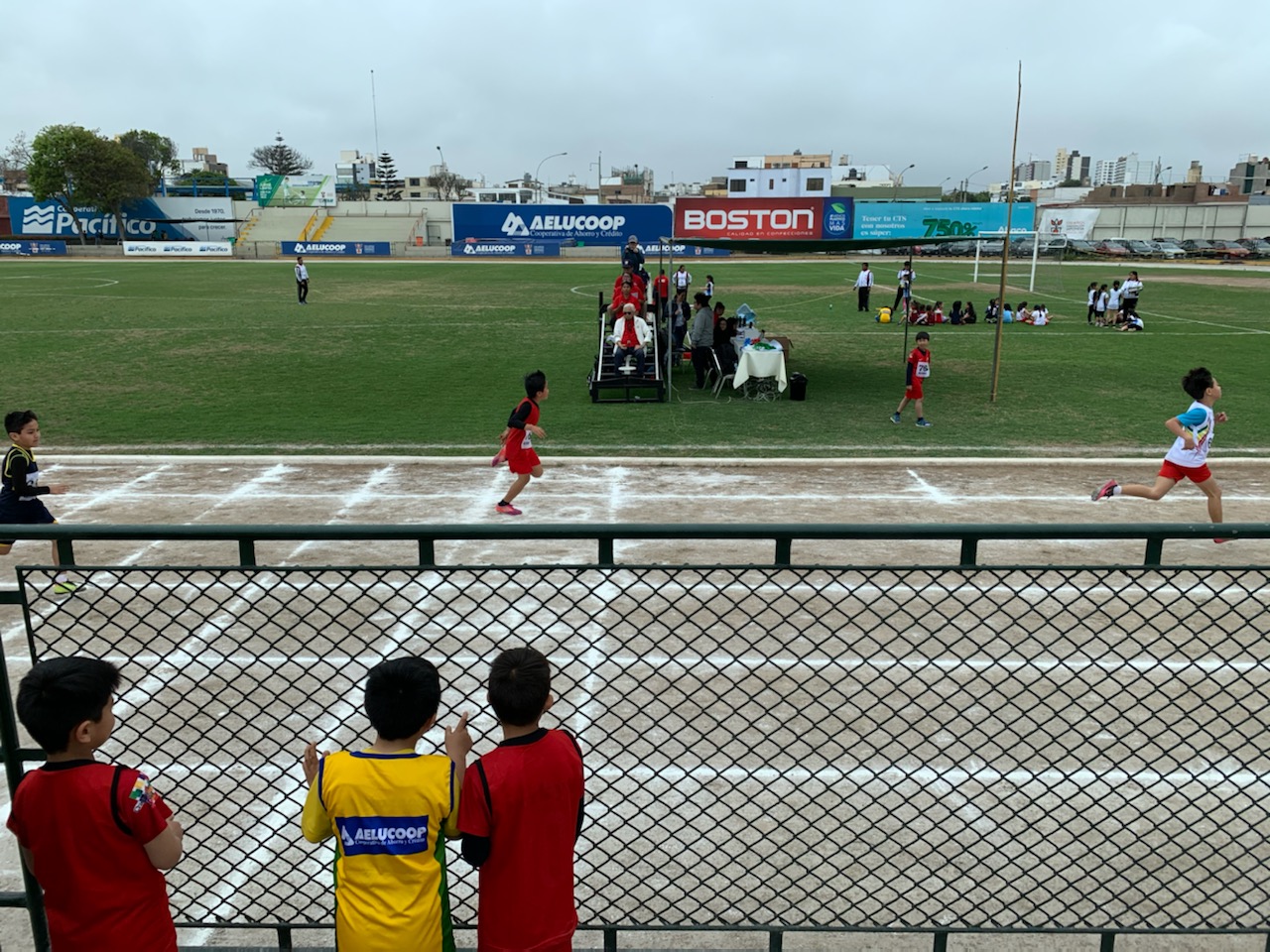 On the Way to LA

My dad always shared this memory of how his Boy Scout troop hiked up the mountain and camped at this building when he was a kid, and a few years ago they opened it up to the public so we went and visited it. It honestly has nothing to do with the JA community but whenever I drive home and whenever I head back to LA I always see this damn building sitting on top of the mountain, so it's kinda like my own Statue of Liberty. 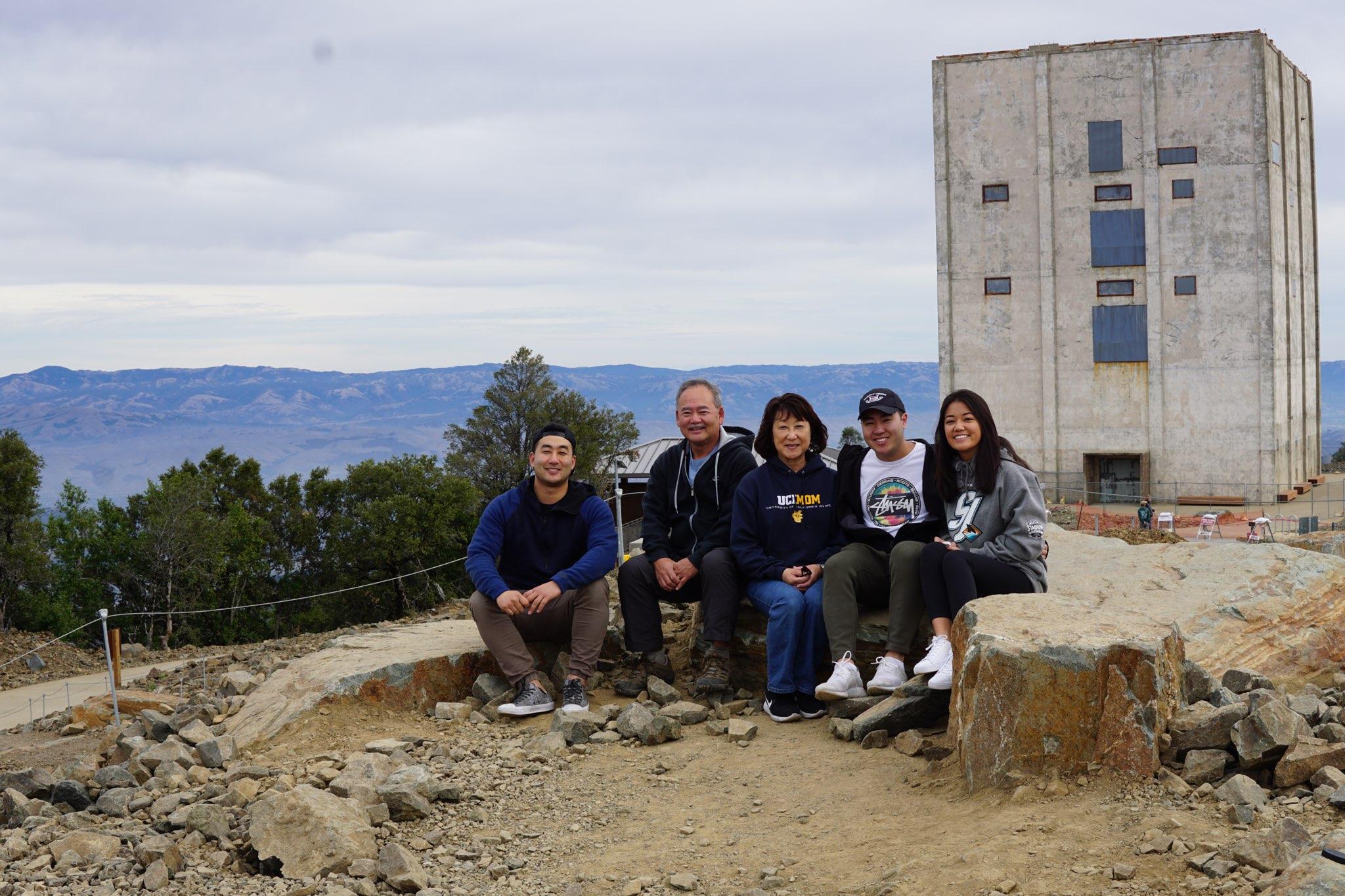 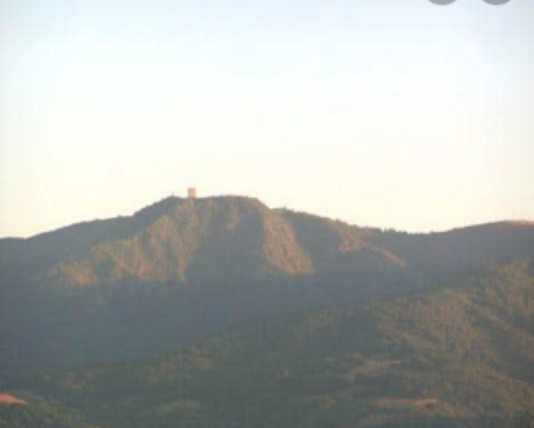 Chicago’s Nikkei community similar to Los Angeles’ was very rooted in affiliation with sports leagues and religious institutions. While most of the sports leagues have now dissipated, what remains is the the Sansei Yonsei Althetic Association, which operates a basketball clinic for youth every year. I and all of my Nikkei friends went through the clinic and/or coached. 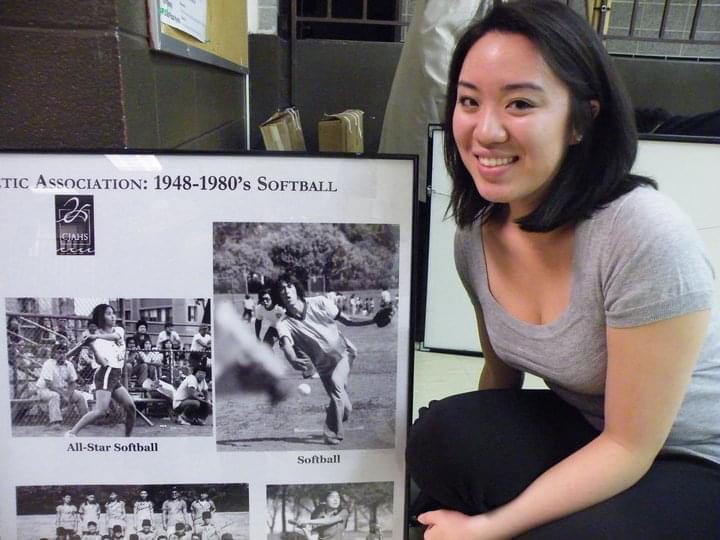 A British pub in Bristol called "The Robin Hood 'houses a Japanese street food pop-up called "Tsukemono." I moved to the UK three years ago and have yet to meet another Japanese person or form community with anyone here that shares Asian heritage. Sometimes I feel like an alien. But even here and even in the most traditionally British institutions, a local pub, one can find some eastern influence that makes them miss the community they left behind. The food is never as good as home, the menus are always translated incorrectly, and the waiters can't even pronounce "tsukemono," but there is something special about seeing a Japanese food being served in an English pub. 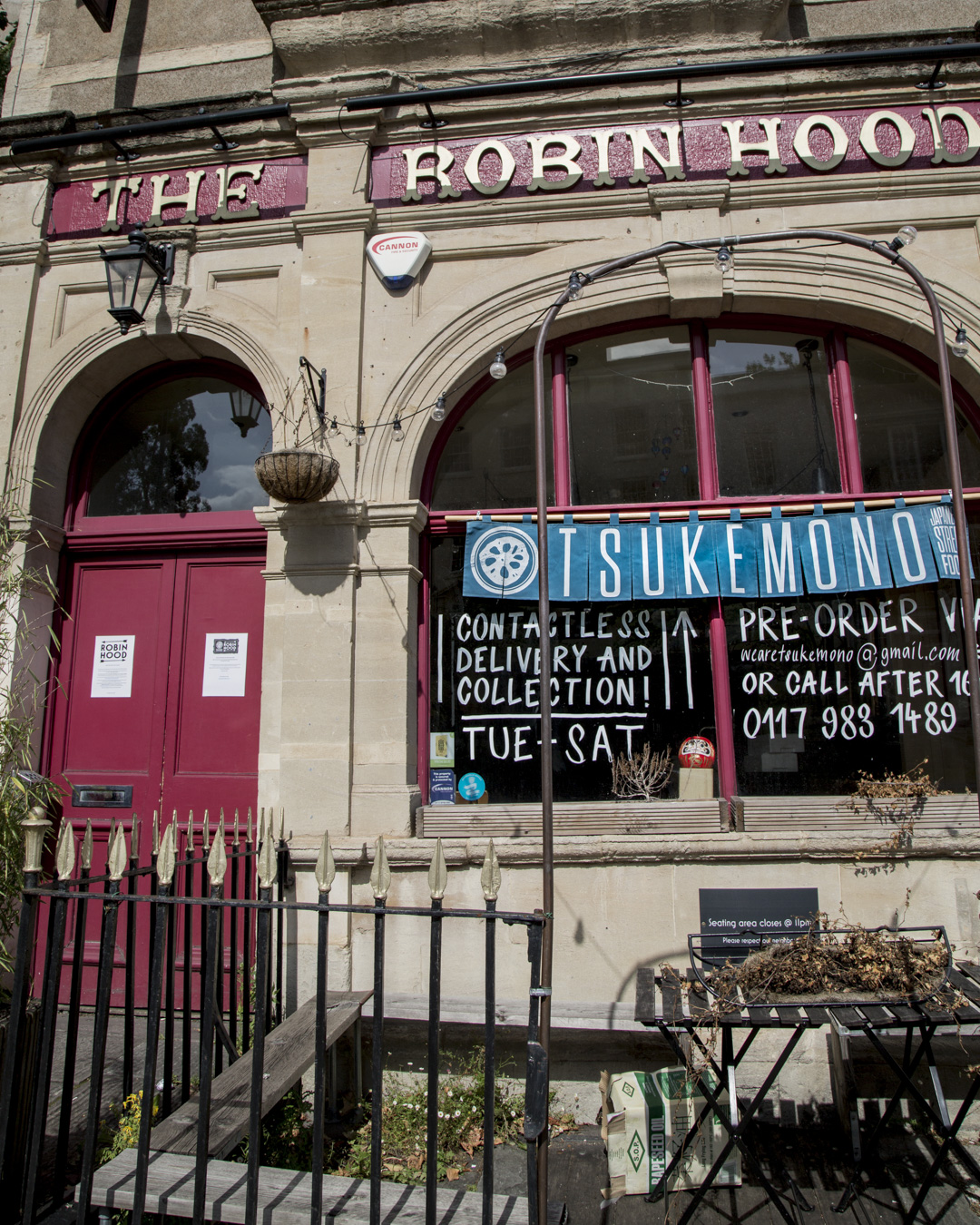 Photo and text by Kaelyn Maehara in Bristol, England

Here is the « 終了式 » (shû-ryou shiki, which means ceremony of ending a school cycle). Elia is going to this Japanese school called « Eveil Japon » since she was two years old. She was at the nursery school for three years, then she went to the elementary school on Saturday afternoons, and she just graduated from it. All of her schoolmates are French-Japanese children! 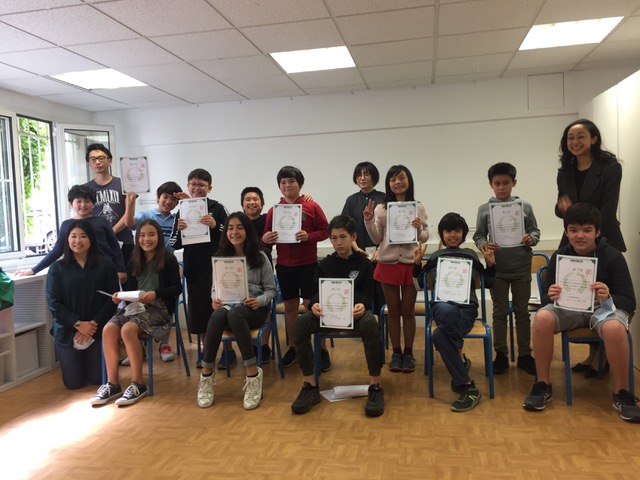 Photo and text by Mitsuko Jurgenson in Fontainebleu, France

Being Japanese Canadian has always meant baseball was a big part of my life. My bachan was a huge Blue Jays fan. I have fond memories of us renting out a hotel suite in the Skydome. You had an amazing view from the outfield, and I remember all my cousins having our faces pressed against the glass.

The photo above is from my few years playing for the Athletics in the JCBL (Japanese Canadian Baseball league). Loved my time with this team. It made me feel closer to Bachan and her love of baseball.

My wife and I were lucky enough to go see a playoff baseball game in Japan on our honeymoon and the atmosphere was amazing. There is a lot of love for baseball in Japan, and this league made me feel a part of that community. 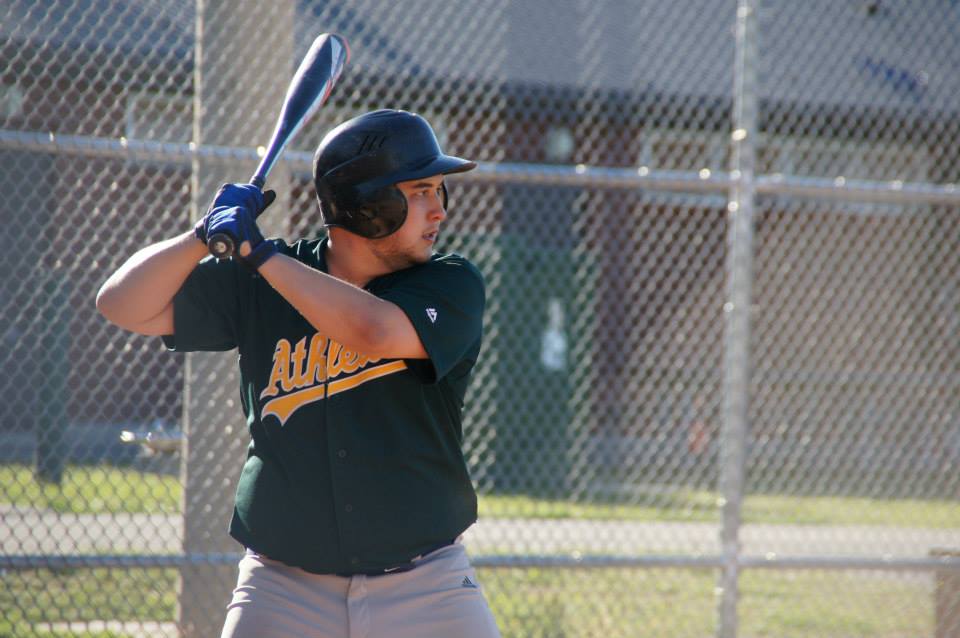 The Soras are from a small fishing village off the coast of Hiroshima, and my dad loved to fish. Ontario has beautiful lakes with some amazing fishing, so these photos feel like they connect our Japanese heritage with our Canadian way of living. 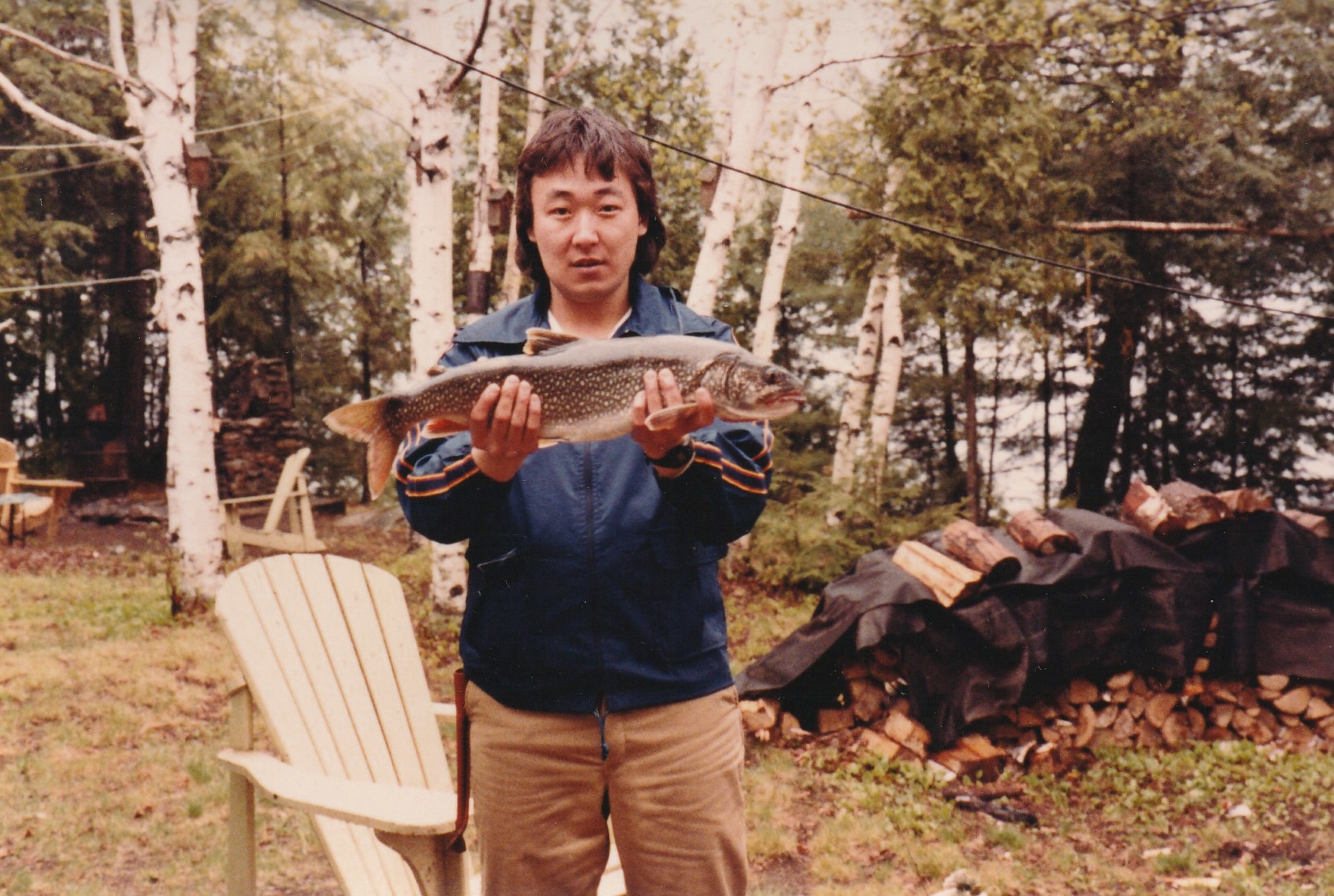 These photos were taken from a trip to Japan in the early eighties. My dad (middle row 3rd player in to the left), uncle (head coach in the middle), and group of friends took a team of Japanese Canadians to Japan for a tournament. Hockey is such a huge part of Canadian culture and my family loves hockey. I love that they chose to assemble a team and go back to Japan to play and revisit their roots. Hockey may not be as big as other sports in Japan, but I love that that team was assembled by a group of Nikkei who have embraced Canadian culture and brought it back to Japan. 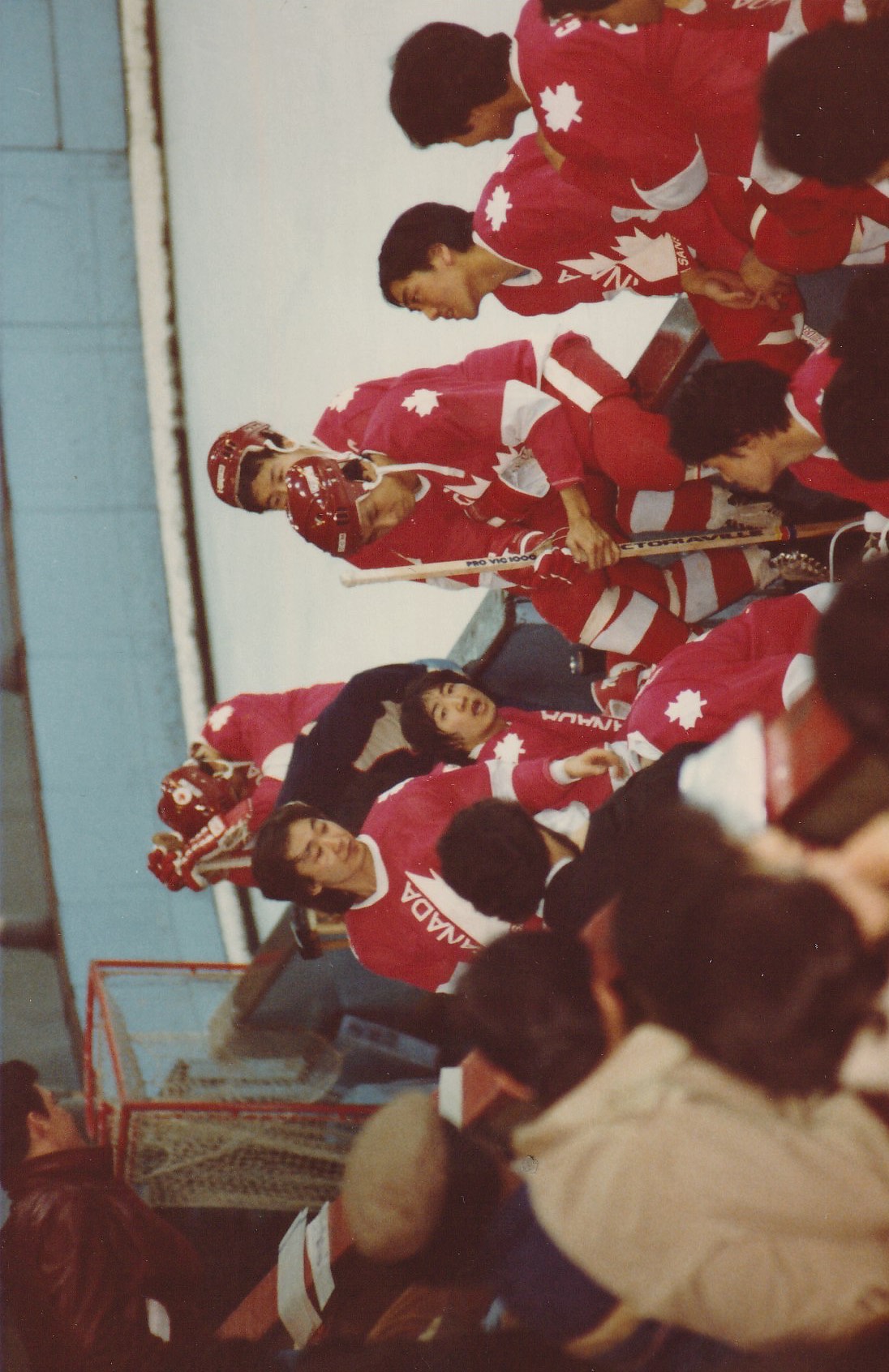 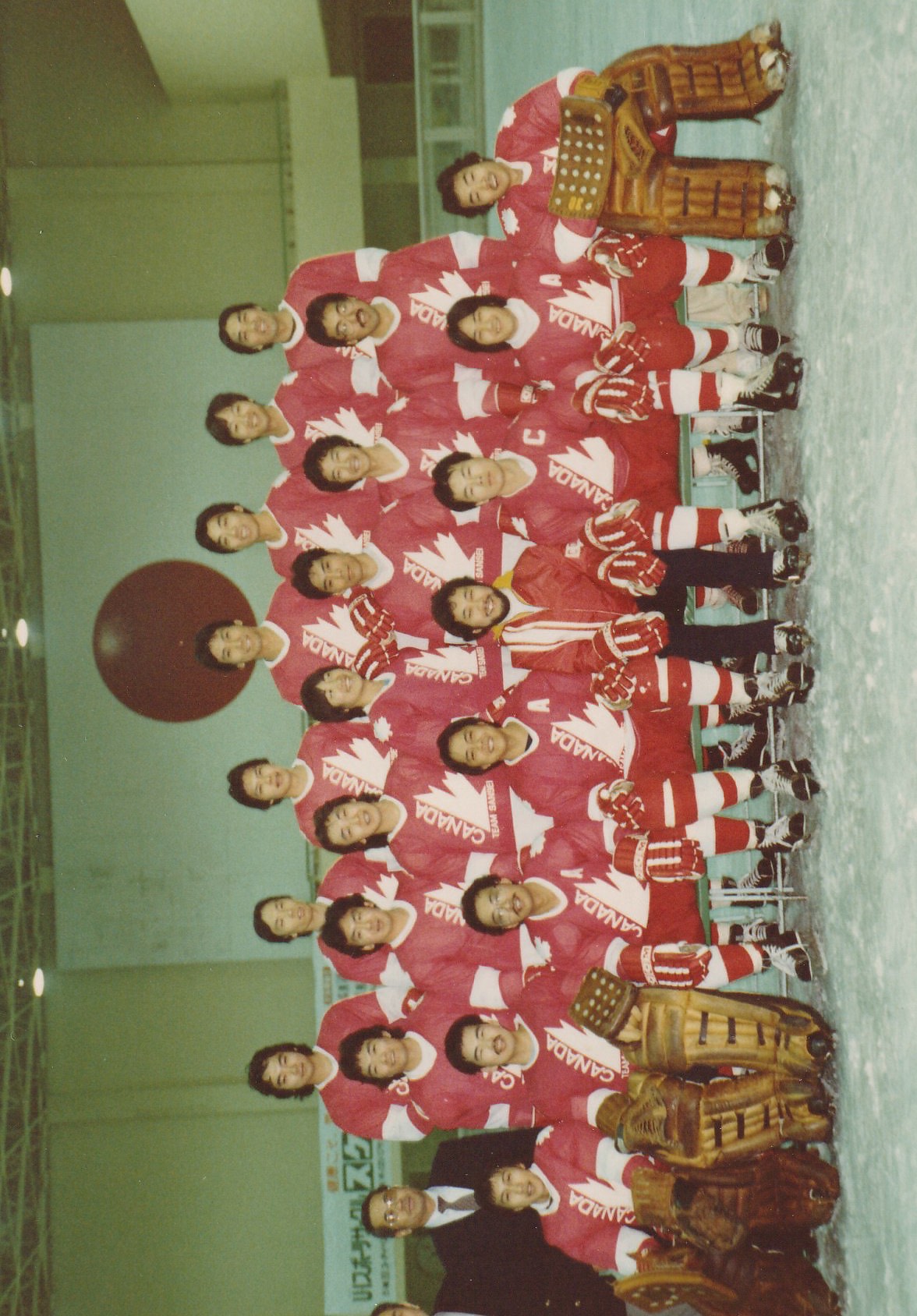 Photos and text by Stephen Sora in Toronto, Canada 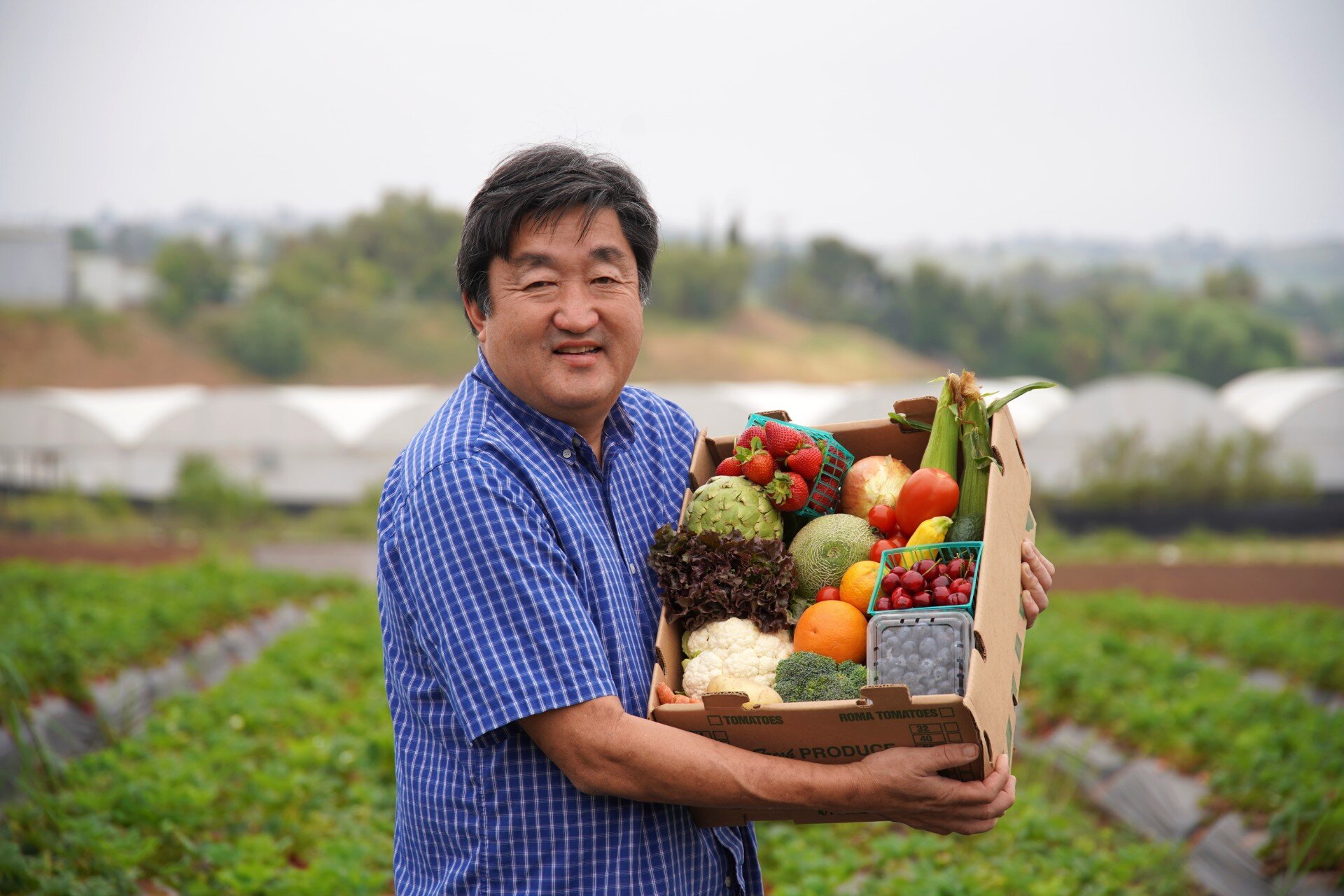 This picture shows me as a 3rd grader and my mom giving a presentation about Japan to a class of kindergarteners. My brother, who was in kindergarten at the time, is the one holding up the poster. The kindergarten classes were learning about Christmas around the world. The poster though, if you look, says "Ancestor Report." I actually made this poster for a heritage project in 1st grade or something when I went to school in Palos Verdes, CA, where we used to live. I find it ironic that I'm using this old project poster for the Christmas in Japan presentation in Georgia since it was rare to talk about heritage at a school where the demographic is mostly white. I don't recall ever talking about heritage or ancestors in school in this new small Georgia town, while at my California elementary school we had things like Heritage Day. Looking back at this memory in the picture, there was a feeling of pressure to "represent" a culture rather than just sharing. They even invited my mom! And on this day, I, as a kid, had skipped my own class to educate other kids about Japanese culture. Mixed feelings! 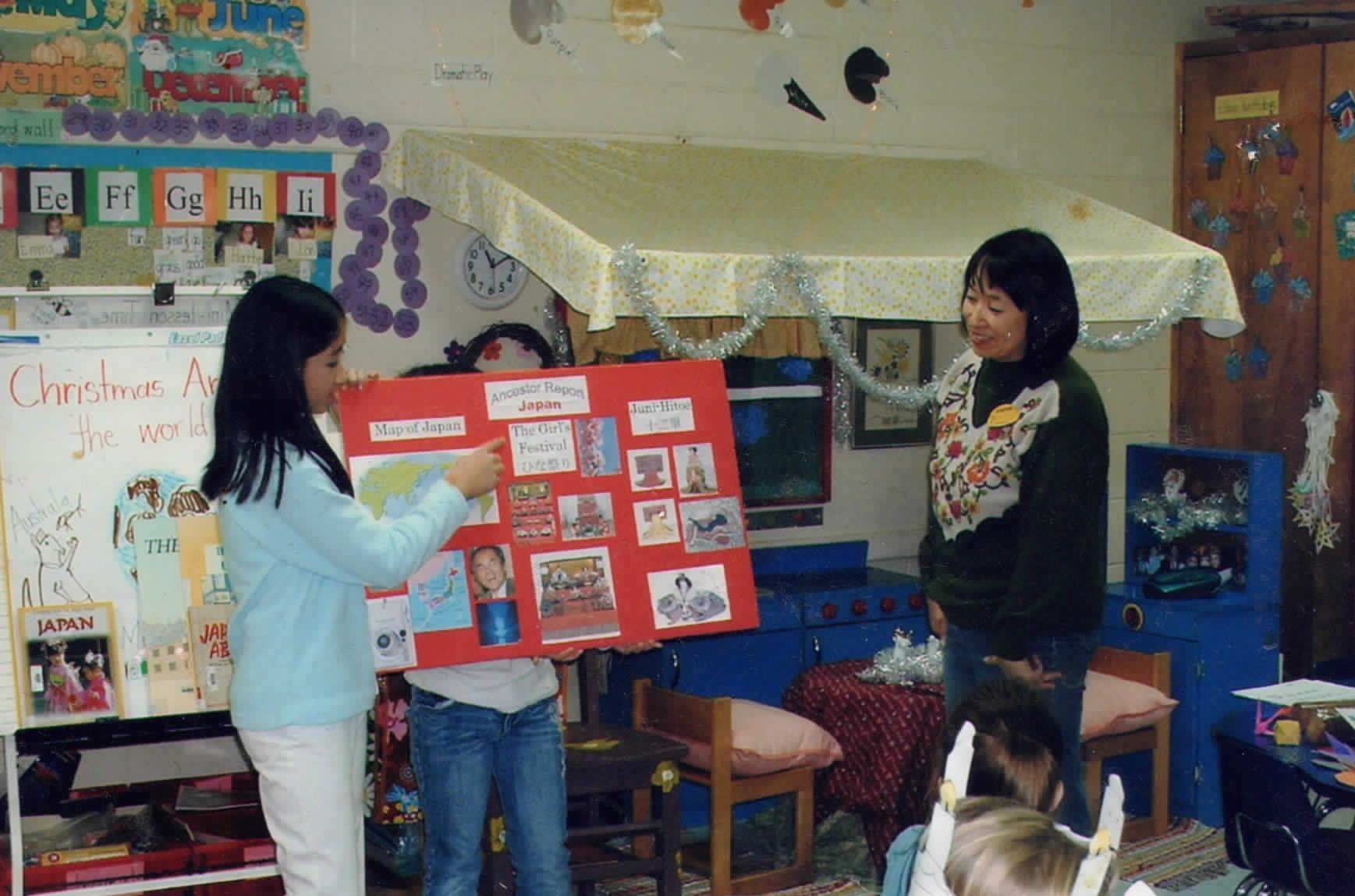 Photo and text by Sophia Inaba in Georgia

In my childhood, I used to spend my Saturdays in Boyle Heights, and now that I call this place home, I’m finding myself clinging onto the community of the Issei and Nisei. Pictured here is Otomisan, the last Japanese restaurant in the historic neighborhood. Every time I step inside the restaurant, Watanabe-san provides the hospitality that you could only find in the countryside of Japan. 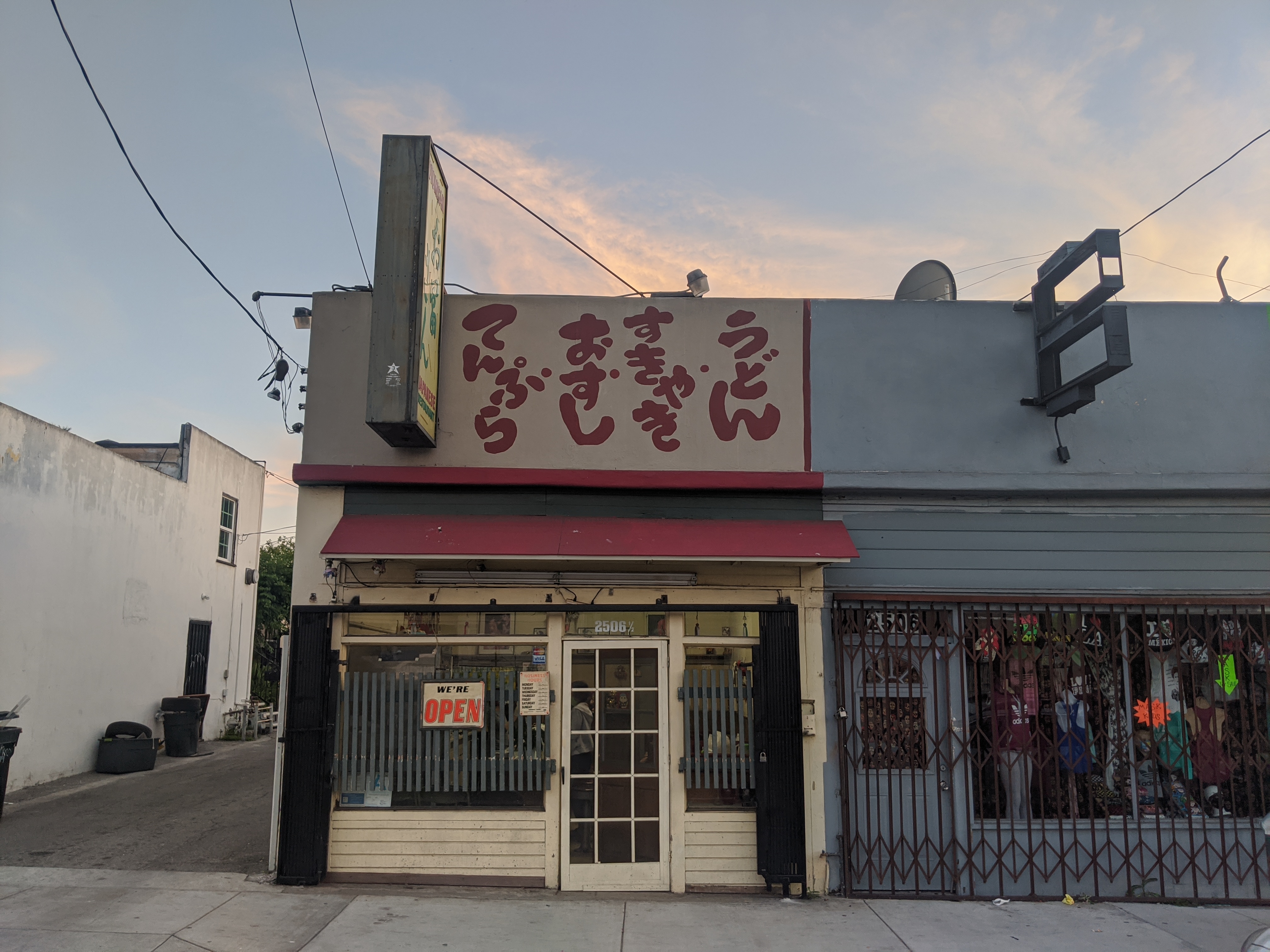 Photo and text by Philip Hirose in Boyle Heights, CA 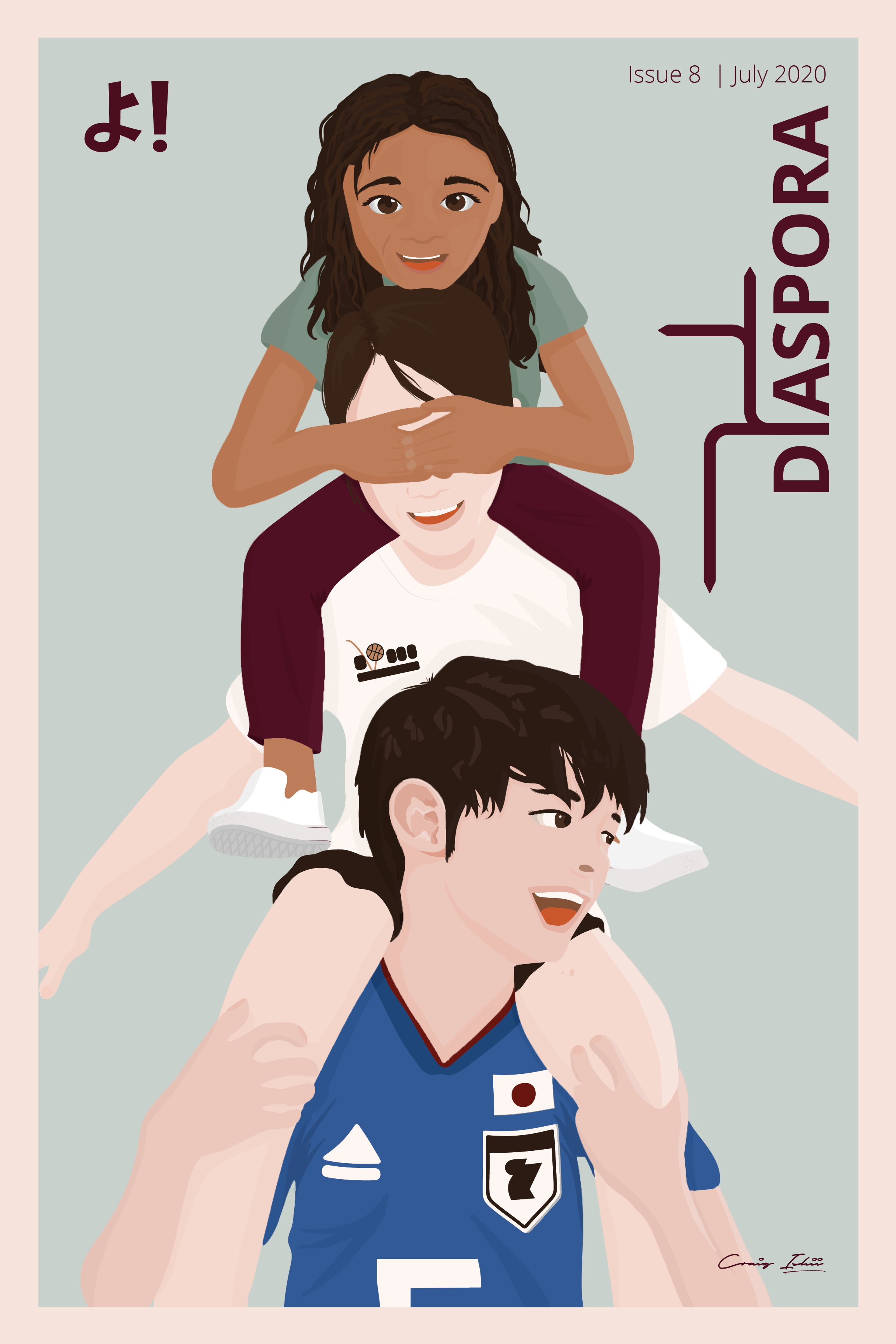 When you don't fit in with the majority's culture, it is difficult to find your voice. Learn how one person is rooting themselves back to Idaho and creating a sense of community.

As a Japanese American who grew up with family ties in Hawai'i but came of age in California, I've encountered some cultural differences based on experiences and history. Here, I attempt to unearth some of that history.

Where exactly is the Japanese diaspora? Check out our visual depiction of where the Nikkei community has settled around the world.

With this journey map activity, you’ll be able to gather some clues about your family’s history. Perfect for all ages - take a look and see what’s inside!

An interactive online vending machine?! That's right. Complete with soft drinks inspired by the Japanese diaspora, our Yo! Vending Machine provides you with a fun drink, and a little tidbit about where it's from inspired by our diaspora.