I'm sure your days on the Continent start much like mine here in Hawaii, with a cup of coffee.

However, as you finish that cup of Starbucks and chuck it into the trash, you probably don't give much thought into where that cup is going. Maybe it's getting recycled or going into a hole in a faraway desert (hopefully somewhere in Nevada). For me, I know exactly where my cup is going. It's either incinerated at a power plant, buried in the ground, or finds its way into the ocean. None are pleasant solutions, and all are less than a 45-minute drive away from any trash can on the island.

Such is life on an island. The entire island is your backyard, including the landfill. 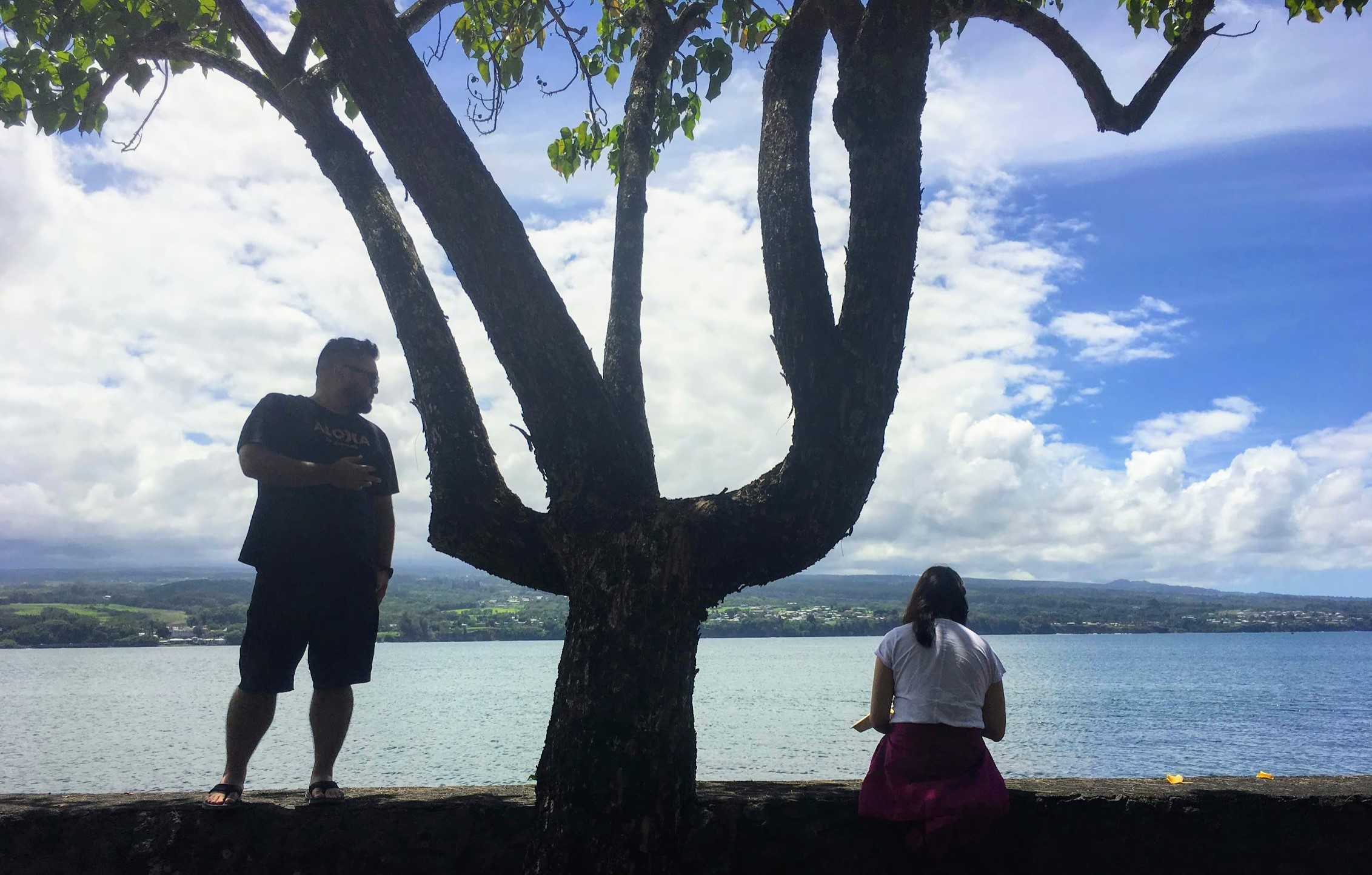 Living on an island is a practice in being finite. Go north, south, east, or west, and you'll hit the ocean. Follow the highway, and you likely will end up either on a mountain top, at a beach, or back where you started. But this finite mentality also pertains to our resources.

Much of our beautiful endemic plants and animals are evolutionary products of their resources in isolation, evolving to maximize the unique environment being 2,000 miles away from the next nearest landmass. Native Hawaiians also adapted after settling here from the South Pacific centuries ago, learning how to live with everything they needed from only local resources. By the time Captain James Cook "discovered" Hawaii in 1778, the Kingdom's first outside interaction in centuries, the Hawaiian population leveraged thriving systems to support an estimated 750,000+ people. Human-made systems tuned over centuries of innovation and natural systems through millennia of evolution created a balance between man and nature—a closed-loop system, insulated from the outside by thousands of miles of ocean.

Understanding the finer workings of natural systems brings awareness to your actions and their impact on such systems. 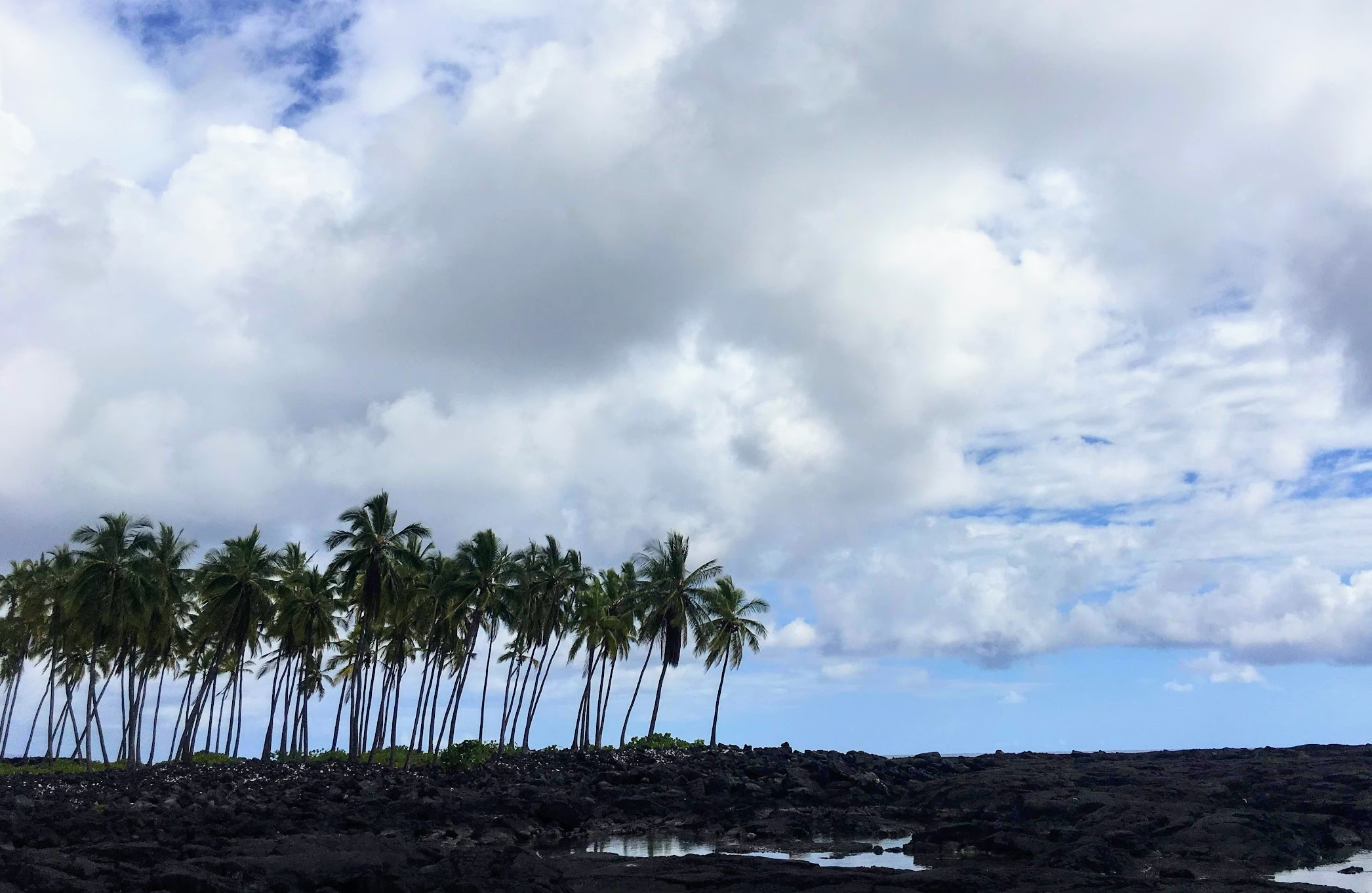 Our trees, understory, and moss collect rain, which then gets filtered through lava rock as it makes its way to our underground water table. This elegant system provides all of our freshwater, some of the cleanest in the world. Trash, chemicals, fuel, and sewage all pose a threat to this delicate system. Deforestation, along with invasive plant and animal species, also pose a risk to this finely tuned system.

Our rivers bring nutrients to the oceans, promoting the growth of limu (seaweed), which bolsters the shoreline fishery. Pesticides, invasive aquarium fish, development, and storm drain runoff all disrupt this system. Irrigation systems and water rights law, both remnants of the colonist sugar plantation industry, have turned once fertile growing lands into dry, arid plains.

Our trash is, at best, burned to produce electricity. What isn't burned is buried, usually not far from someone's neighborhood. What slips out of the trash can, gets picked up by the wind, or littered on the ground usually ends up in the ocean via storm drains. Recycled bottles and cans are shipped off (we think).

Being on an island and understanding where a gum wrapper on the ground could end up, or how it could change a system, causes me to bend over and pick it up. This thought process of positively impacting our land through individual and group actions is called malama ʻaina, to care for (malama) the land (ʻaina). I take personal responsibility to do the most I can to take care of my island home.

But Nate, I don't live in Hawaii, so why does this matter to me?

The answer is simple: we are all islanders. My island is Hawaii, but maybe yours is Pasadena. Or California. Or the U.S. Ultimately, if you think about it, Earth is an island in an ocean of space.

Earth is our island. We must malama honua.

The good news is that we can all act locally to impact globally; it's not too late. When I first got into the sustainability field, I didn't practice much of what I was soon to preach. Through small changes, I created better personal habits, tackling simple changes first. I started carrying a fork and hashi (chopsticks) in my briefcase to save one single-use plastic fork from entering circulation. Same with my drinking straw, packing a reusable metal straw in my bag. I began bicycling to work, saving gas, time, and some extra belly fat. I also bought more local produce and protein options at the grocery stores or farmers' markets. I even have reusable silicone sealable food storage bags that took the place of Ziplocs.

We are all islanders. My island is Hawaii, but maybe yours is Pasadena. Or California. Or the U.S. Ultimately, if you think about it, Earth is an island in an ocean of space.

Simple. Over the years, I've probably have saved a few large trash bags of waste from entering the waste stream. It might not sound like much, but I'm just one of six billion.

COVID-19 adds another wrinkle to our efforts for sustainable living, but it's a challenge worth tackling. With all of the restaurant takeout, there is more Styrofoam and plastic than ever. While asking the restaurant to 86 the plastic forks from your takeout bag helps since you have silverware at home (right?), you still end up with a hefty bag or two of food containers, neatly separated to prevent the cold stuff from mixing with the hot stuff and vice versa. Just as the plastic bag inventor never intended them to be single-use, your containers are also reusable! All of my poke containers get used at least a few times before they hit the trash. Even my Zippy's ZipPac container might store some random leftovers once or twice before I chuck it.

We're cycling through a ton of face masks. The disposable ones are awesome and light, but I try my best to use them only if I forget my cloth mask (have them stashed in my car and bags). And if I use them, I make sure to cut the elastic ear loops because [it could end up around an animal's neck](https://www.greenmatters.com/p/face-masks-wildlife#:~:text=When throwing away a face,get tangled around an animal.).

The great thing about habits is that they are habitual. You create and form them, and they adjust to the environment for you. Once you have the mentality of a closed-loop system, where your actions impact other things that subsequently affects you, it becomes easier to act thoughtfully. Much like being on an island, things can end up right back where it started.

The great thing about habits is that they are habitual. You create and form them, and they adjust to the environment for you.

My heart is 100% for making Hawaii the best place it can be. I'm trying to leave this place better than I found it. What I do is for the greater good of my community, which helps the island that I live on and our state, and the world. Hopefully, you're trying to leave wherever you are a little better than you found it. Maybe you and I can make it 2 out of 6 billion who are doing the same work in our lives, doing what we can because that’s all we can do. Perhaps if we all malama ʻaina just a little, we'll all malama honua together.

Hilo built. Techy outdoorsman committed to leaving Hawaii better than I found it. 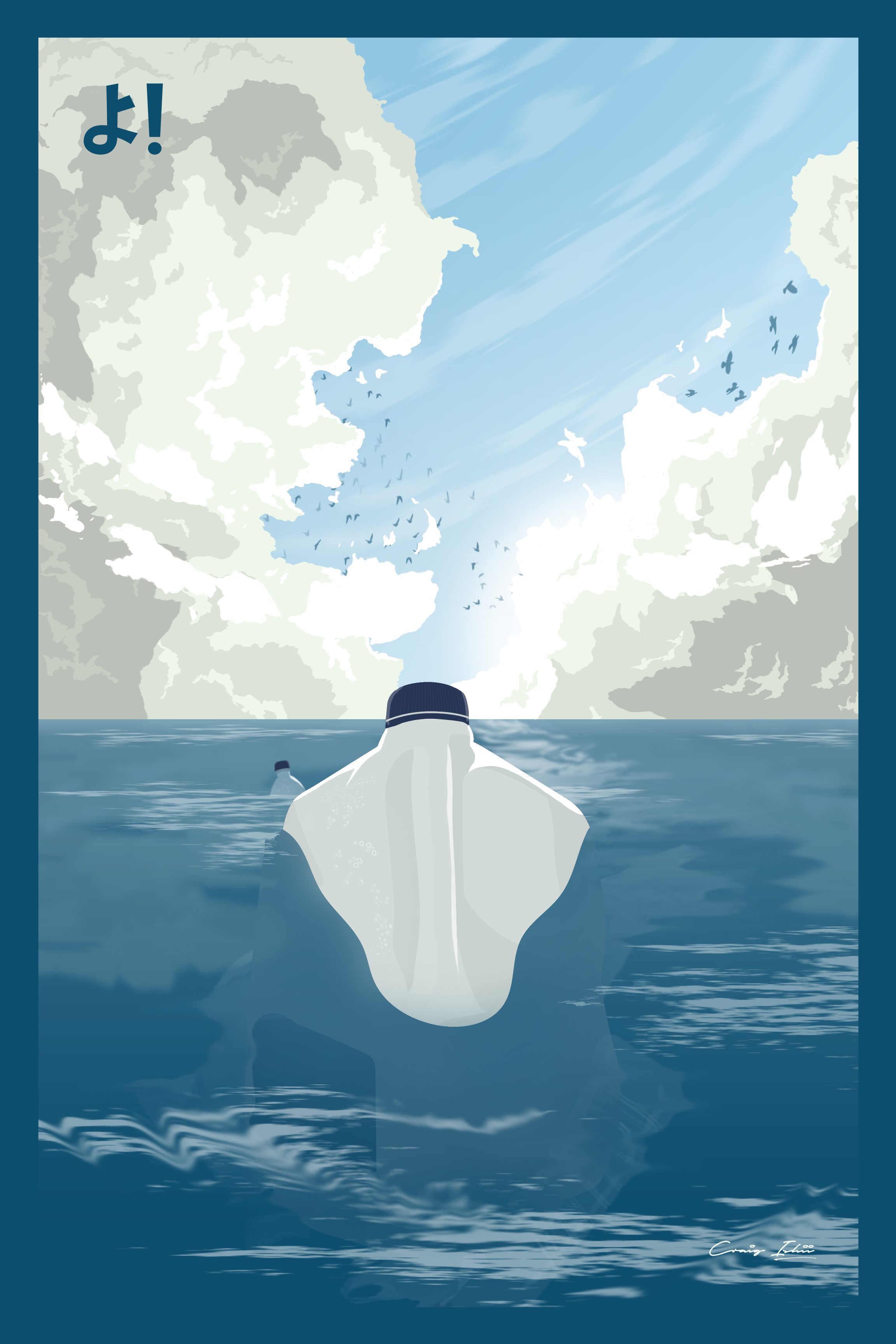 Article featured in this issue:
September 2020
Chasing the Japanese Whaling Fleet as a Japanese American
By,
Kaelyn Maehara
Reversing the Cycle, and Then Some: From Buy Amazon to Bye Amazon
By,
Andie Kimura
Caring for Our Island Earth
By,
Nate Gyotoku
Hidden Ecologists: The Rise and Fall of Sustainable Agriculture in Japanese American Farming
By,
Mariko Rooks