"One of the construction workers came up to me and said an old Japanese man is watching us work."

In November of 2015, the Japanese Cultural Center of Hawaii (JCCH) underwent a renovation project in its ballroom. As the JCCH's Chief Operating Officer, I was the lead on the project. With our New Year's Ohana Festival scheduled for the first week of 2016 and our ballroom tenant losing revenue daily, we opted for a 24-hour schedule to get the work done quickly.

After one of our weekly status meetings, the foreman pulled me aside for a quick chat. He leaned in a little and with a quiet voice asked:

"Is the building haunted?"

This simple question has a complicated answer. The JCCH is located in Moʻiliʻili, Oahu, which has a long and storied history. The area was known as Kamoʻiliʻili and appeared in moʻolelo (traditional Hawaiian stories). The hill where Kuhio Elementary School sits up the street from the JCCH is where Pele's sister Hiʻiaka slew a troublesome moʻo (lizard god), with pieces of its body making up the hill. The area was fertile kalo (taro) growing land and well inhabited, and even housed Queen Kamamalu's summer cottages. Later, Moʻiliʻili became a bustling area that was home to many Japanese (and non-Japanese) businesses because of it's proximity to the University of Hawaii. It's one of Honolulu's oldest, busiest neighborhoods.

Moʻiliʻili also was home to The Haunt. The Haunt was a café owned by the late Glen Grant, a renowned local storyteller and collector of obake tales. The spiritual was no stranger to Moʻiliʻili.

On top of the centuries of souls that inhabited Moʻiliʻili, the JCCH itself has its own stories. A young girl can be heard playfully running and laughing in the back hallways of the center. Before the JCCH was built, the site was home to the Honolulu Japanese Chamber of Commerce and was its member's clubhouse. The clubhouse was home to a pool. While I have never confirmed this story in newspapers, multiple reliable sources verbally stated that a young girl around 5-8 years old drowned in the pool one night. She apparently scaled or squeezed through the property's fence and found her way into the pool, and was found dead first thing in the morning. A couple of my sources told me that the pool was there one day, and after the drowning, it was filled with cement. To this day, I cannot find any mention of this in a newspaper, and no source can recall the accident date.

The girl usually plays in the 1st-floor hallway, but we've heard stories of pots and pans banging in the 5th-floor ballroom kitchen. Maybe she was up in the ballroom?

"So what brah, the building haunted?"

I snapped out of my brain recall and replied, "Um, no, not really. Why? What happened?" I tried my best to hide my bluff.

The foreman said that a few of his workers reported seeing an elderly Japanese man watching them work from a distance, usually during the night shift. One of his workers even shouted to the man, "Uncle, you shouldn't be back here because it's dangerous." When the worker approached to escort the man out of the construction site, the old man walked around the corner of the hallway. When the worker turned the same corner, the old man was gone, completely vanishing.

"Nope, never heard of an old man." I was getting a little nervous now.

The foreman asked if we could do something about it. His local workers, like me, are very aware that Hawaii is a spiritual place. None of his workers felt endangered, but it was a distraction. "We're on it," I said.

The sensei came a week later. We followed him around the entire 5th floor, stopping at every corner of every room for his blessing. We even blessed the walk-in refrigerator. No old man yet, according to the sensei.

After hitting every corner of the 5th floor, we made our way to the 1st floor—the same routine: every room and every corner. After blessing the kendo dojo and the gift shop, we began making our way through the Okage Sama De exhibit. As we walked through the exhibition, the sensei stopped right next to the back hallway's door.

The sensei turned toward the door, but instead of approaching the door, he continued turning until he was facing the butsudan display he just passed. The butsudan exhibit explained how Japanese immigrants brought their beliefs over from Japan to Hawaii and was donated to the JCCH decades ago. He approached the butsudan and offered a prayer.

As he completed his final bow toward the butsudan, he stopped and leaned in as if something caught his eye. He approached the butsudan and reached in, retrieving the ihai that was still in it. He began examining the wooden tablet. He looked at us and said:

Sensei went on to tell us that the Takahashi family should have kept the ihai before donating the butsudan to the JCCH. He mentioned that Mr. Takahashi was likely curious and irritated by all of the construction noises at night. Sensei did an additional ritual for Mr. Takahashi then instructed us to return to the ihai to his family or to the temple if we cannot locate them. We continued on with the rest of the blessing, even making it through that back hallway without incident.

I checked in with the construction foreman a week or two later. No Mr. Takahashi anymore. Construction finished on time without incident (at least any spiritual incident) and reopened the ballroom for our Ohana Festival.

I hope that Mr. Takahashi was able to find some rest. Whatever the sensei said or did worked, since it seemed like Mr. Takahashi wasn't bothered by the construction after the blessing. However, the sensei never mentioned the little girl. Maybe she isn't there. Perhaps she hid from the sensei. Hopefully, he saw her and knows that she just wants to play in our hallway.

Hilo built. Techy outdoorsman committed to leaving Hawaii better than I found it. 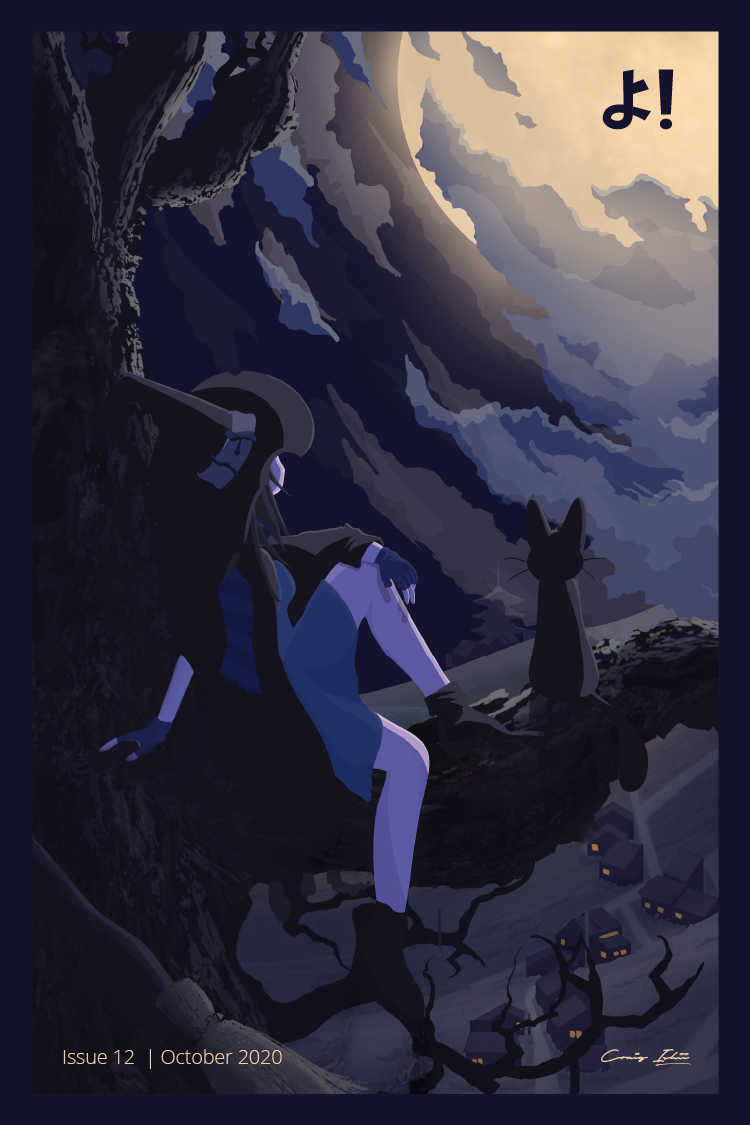 Article featured in this issue:
October 2020
A Very Brief History of Halloween in Japan
By,
Philip Hirose
Japanese Horror Movies to Binge on Halloween
By,
Michelle Hirano
Haunted Japantowns
By,
Timothy Chuman
Boo's At The Door?
By,
Megan Nagasaki