By
Hiro Edeza
Photo Credit:
The first Asian fraternal society, Rho Psi, was formed in 1916 at Cornell University by Chinese men who were barred from other fraternities because of their race.

The year is 1977, Star Wars: A New Hope just released in theaters, and you’re cruising around LA under a clear blue sky, wearing your brand new Adidas.

You have some schoolwork from your university classes to attend to, but all that is on your mind is that cutie you met at the frat and sorority exchange you went to. With the summer of love sweeping over the city, you muster up the courage to give them a call when you get home. If this felt more like a memory rather than a scene from a movie, you may very well be a Sansei that took part in Greek life during your years at university.

In the decades following the end of World War II and incarceration, the sons and daughters of the Nisei were on their way to university. In Southern California, this primarily meant Sansei were beginning their undergrad education at schools such as USC and UCLA. As the Asian American demographic was on the rise within these prestigious Los Angeles schools, the need for a space for Asian Americans, such as the Sansei, to gather became apparent. During this era, a high majority of fraternities and sororities barred select ethnic groups from joining their greek organizations. As a result, Asian American fraternities and sororities, such as Gamma Epsilon Omega at USC and Chi Alpha Delta at UCLA, were established and began to serve the community.

These greek organizations were dedicated to Asian Americans and became a staple within the community. If you were not a part of the Asian American Greek life, you at least knew somebody that was. Not only did these become a place of comfort in schools that had a Caucasian majority, but they also became a space of intersectionality.

Leland Lau, the league commissioner of the Japanese American Optimist Club girls’ league and USC Gamma alum, expressed that these spaces at USC allowed for Asian Americans from various walks of life to meet and socialize. That being said, initiated members were able to meet individuals who were raised in different cities and better acquaint themselves with Asian cultures outside of their own. However, the comfort of having friends with similar cultural identities was not the only thing on the minds of Asian Americans in Greek life.

All young adults in college can admit that at some point, they have asked themselves if these will be the years in which they would meet the love of their lives. This was no different for the Sansei in the 1970s. The boards of fraternities and sororities often organized exchanges for their Greek organizations to attend. Exchanges were events in which a single fraternity and a single sorority would host a get-together exclusively for their members. Exchanges were often filled with good music and drinks, and it was common for UCLA and USC Greek organizations to hold exchanges together.

After hearing these exchanges being referenced by every Sansei I spoke to, it’s easy to understand why there are so many couples in the Japanese American community who met in college. Following a long night of socializing at the exchange, frequent hangouts afterwards included the Holiday Bowl on Crenshaw Boulevard and Mago’s in Culver City. Both were popular spots to grab a cheap bite and have fun after an exchange with some friends and potential partners.

All young adults in college can admit that at some point, they have asked themselves if these will be the years in which they would meet the love of their lives. This was no different for the Sansei in the 1970s.

After a great night of conversation with somebody at an exchange, a date usually ensued. Though, how you dressed on a date really determined how serious you were about it. For men, your casual outfits included your favorite Members Only jacket, bellbottom blue jeans, and Adidas, however, if you were looking to impress, you brought out your polyester leisure suit. For women, big hair and a maxi dress was practically the go to look for the decade. Once your outfit was strategically chosen, it was time to go on your date.

Nolan Maehara, alum of USC’s Gamma Epsilon Omega, remembers a popular thing to do for a date at the time was to see a movie at the theaters, such as the Bruin in Westwood. It was a common occurrence to run into your friends on their own dates at the theaters as you walked beside the long lines leading into the film house. It may have been awkward at times, but everyone respected each other’s privacy while on their dates.

Other popular dates included going to Disneyland or a university football game; though, these were often group activities rather than solo dates. Regardless, it was always a fun time thanks to the Asian American fraternities and sororities that gave their members the opportunity to mingle with Greek life members across the city.

Asian American fraternities and sororities provided a space for members to find comfort and solidarity amongst those with similar cultural upbringings while organizing events to socialize with new people. Some would say these organizations made the community even smaller, as friends would do their best to avoid dating each other’s exes. Nevertheless, in part, it is thanks to Asian American Greek life that some of us are here today.

To learn more about the dances that Sansei in Greek life would also attend and how it is replicated today, be sure to also check out Taylor Weik’s article, “How Sansei Dances Revived the Asian American Cover Band Era of the ‘60s and ‘70s.” 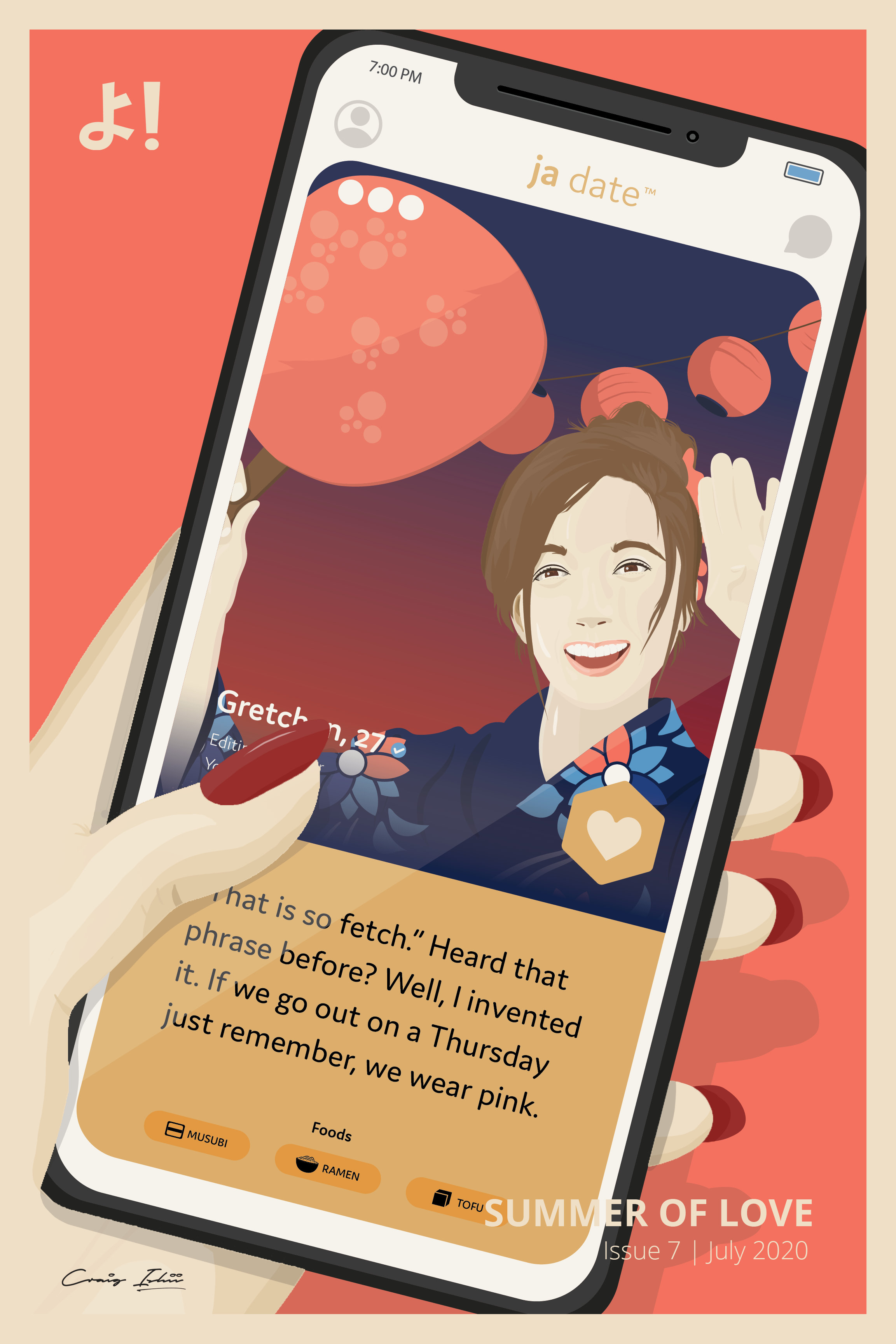 Article featured in this issue:
July 2020
Finding Love Advice at a Japanese Confectionary Shop
By,
Philip Hirose
A Penny For Your (Dating) Thoughts
By,
Megan Nagasaki
Dear Craig: The Best Ways to Flirt at a Summer Festival
By,
Craig Ishii
8 Tips for a Quarantine Wedding
By,
Michelle Hirano