When I was a kid, I learned how to play many instruments. Almost too many. It started with the piano, then trumpet, then guitar, then marching drums, then melodic percussion, then singing, then taiko, back to singing, some turntables, piano again, and eventually nothing. Every instrument, I ran into the same issue of feeling insecure about my skill level, overwhelmed by the amount of information to learn, and impatient that I couldn’t learn it fast enough. I wished that it would come easy, but it didn’t.

In 2019, I was feeling unfulfilled and desperately in need of a creative outlet. I’ve always had an interest in dance music but never really considered learning how to make it until after I took the plunge and purchased Ableton, a digital audio workstation used by many electronic artists to create music. But once again I found myself overwhelmed by the amount of information to learn and impatient with myself for not being able to learn it fast enough, just as I felt with my other musical ventures. I played around with the software on and off for a while but felt unable to truly commit myself to it.

But in March 2020, the world stopped and suddenly I had time on my hands. I knew I had to make the most of my work from home privilege that I would probably never get again and I was resolved to make the most of it. I tried hopping back on the Ableton horse and started taking online courses through the iO Music Academy here in Hollywood. But while I felt like the technical aspects were starting to make more sense, the learning curve was demoralizing. I started feeling uninspired and unmotivated to study music, and began falling back into my old ways of watching TV on my couch. I couldn’t find the spark I needed to become the musician I wanted to be.

Then one Saturday afternoon in November while looking at Instagram, binge-watching The Office for the 111th time, Justin Jay, an artist I’ve admired for his incredible range of musical diversity, announced on his IG stories that he would be hosting a free masterclass workshop the next day.

The masterclass was focused on keeping things simple using only the free tools provided within the software. He wanted to tailor the workshop to work for even those who couldn’t afford the full version of software. Justin emphasized that anyone can make music, and that with the right direction and mindset, amazing art can be produced.

His words resonated with me. It’s not that I wasn’t skilled or talented enough to make music--I just needed a new mindset.

When Justin announced that he would be hosting a five-week intensive bootcamp over the month of December, I jumped on the opportunity immediately. The boot camp consisted of an initial interview, lectures from Justin and guest speakers, workshops with track feedback, free samples and unreleased music, and a one-on-one strategy call. On top of that, he wanted to build a community of producers who supported each other and practiced positivity and inclusivity.

His words resonated with me. It’s not that I wasn’t skilled or talented enough to make music--I just needed a new mindset.

With my brand new mindset, I said yes.

Five weeks later, I left the bootcamp with more creative strategies than ever, a community of artists who support me and my work, a folder of finished music, and a release on Fantastic Voyages Workshop Trax Vol. 1 Compilation. I’ve learned how to begin writing with intent and how to silence my “inner manager” (the voice inside your head who tells you, your art should be a certain way).

At the conclusion of the workshops, Justin and I talked through my next steps and how I can continue to grow as an artist by putting myself out there. But the idea of sharing my music with the people around me was daunting enough that I felt myself slipping back into old insecurities, even choosing the initial producer moniker of Scott Michael to separate my musical persona from my personal identity. But, after some convincing from Justin (and my girlfriend), I was resolved to follow my new mindset and release music under the name Scott Shima to represent my authentic self.

Today, I write this article as Scott Shima, a coffee lover, houseplant enthusiast, and dance music producer. The choice to take the leap and follow my passions has been a long and unexpected road, but one that I won’t regret. I’m excited to continue learning and sharing my music in the future.

To accompany this article, I also created a little mix that I hope you enjoy.

Artist, producer, and party thrower in Los Angeles. He leads “Yo! Records”, an independent record label dedicated to releasing the best Asian American works. Scott takes care of over 100 plants (and growing), along with his orange cat Peanut in his apartment in Hollywood whilst producing UK Garage, Jungle and Deep House. He also organizes and hosts parties and events around Los Angeles with his music collective, JJ’s Workshop Crew, a group of music producers and DJs who met during a year-long music production class taught by Dirtybird Records artist, Justin Jay. He is an avid listener and creator of electronic music but would describe himself as a fan of all genres. You can catch Scott scooting around Hollywood on electric scooters. 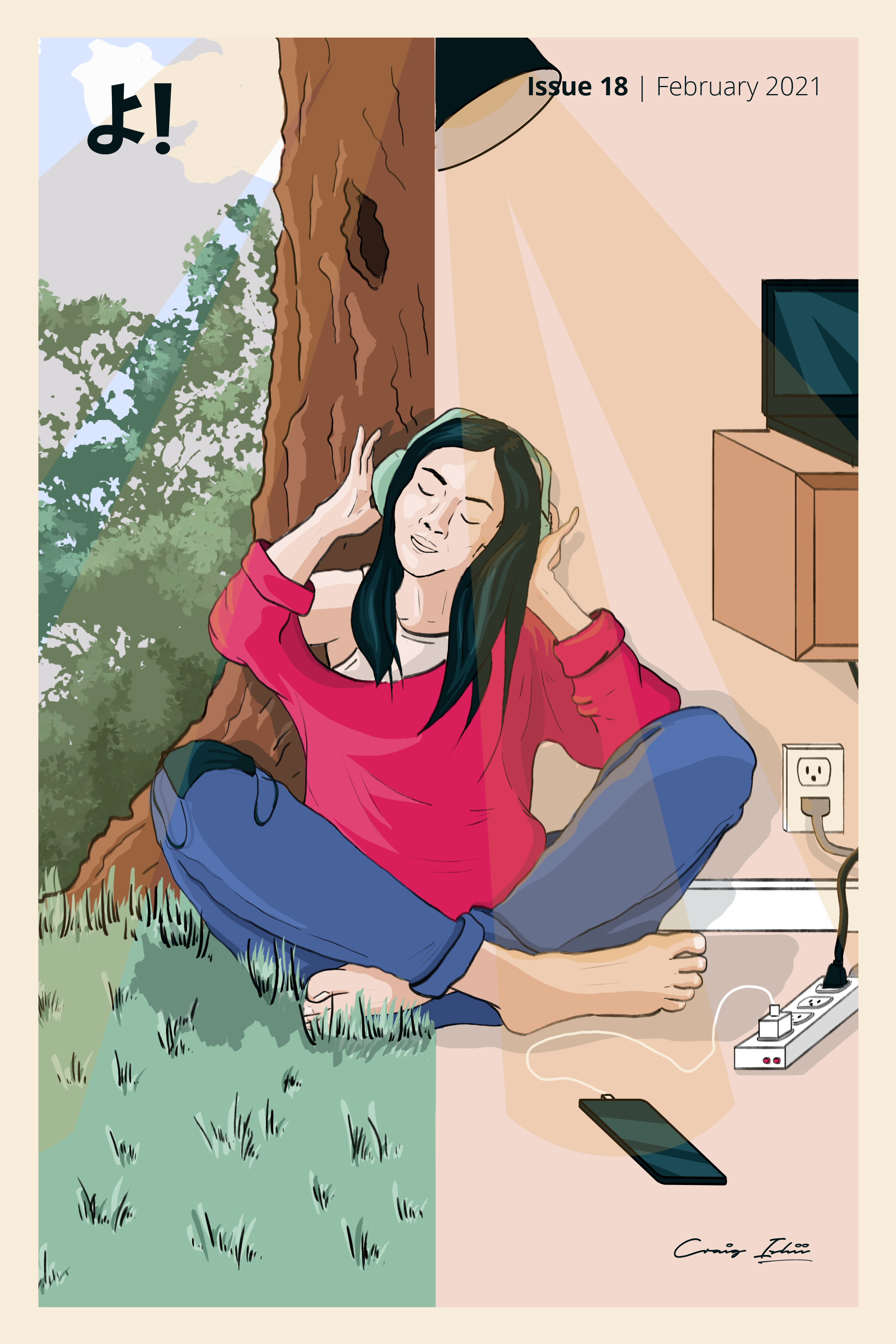 Article featured in this issue:
February 2021
Things I Ate During Quarantine
By,
Megan Nagasaki
How Have You Not Seen These?
By,
Craig Ishii
Family Lockdown
By,
Monica Matsushima
My Fantastic Voyage into the World of Dance Music
By,
Scott Shima