For myself and many of my yonsei peers, Japanese American Boy Scouts was a formative, ever-present experience for us growing up in the community. I still have fond memories of trekking through the wilderness, Friday night patrol meetings, and (losing) camporee competitions. As an adult, I still remember my 10 basic knots, can start a campfire with a single match, and can generally navigate my way through the wilderness without GPS. In everyday life, I still practice certain Scouting tenets like the Boy Scout Slogan “do a good turn daily,” and key parts of the Scout Law, encouraging individuals to be “trustworthy, loyal, helpful, friendly, courteous, kind, obedient, cheerful, thrifty, brave, clean, and reverent.” In this article, we explore the intent, the reality, and the future of the Boy Scouting program in the Japanese American community. 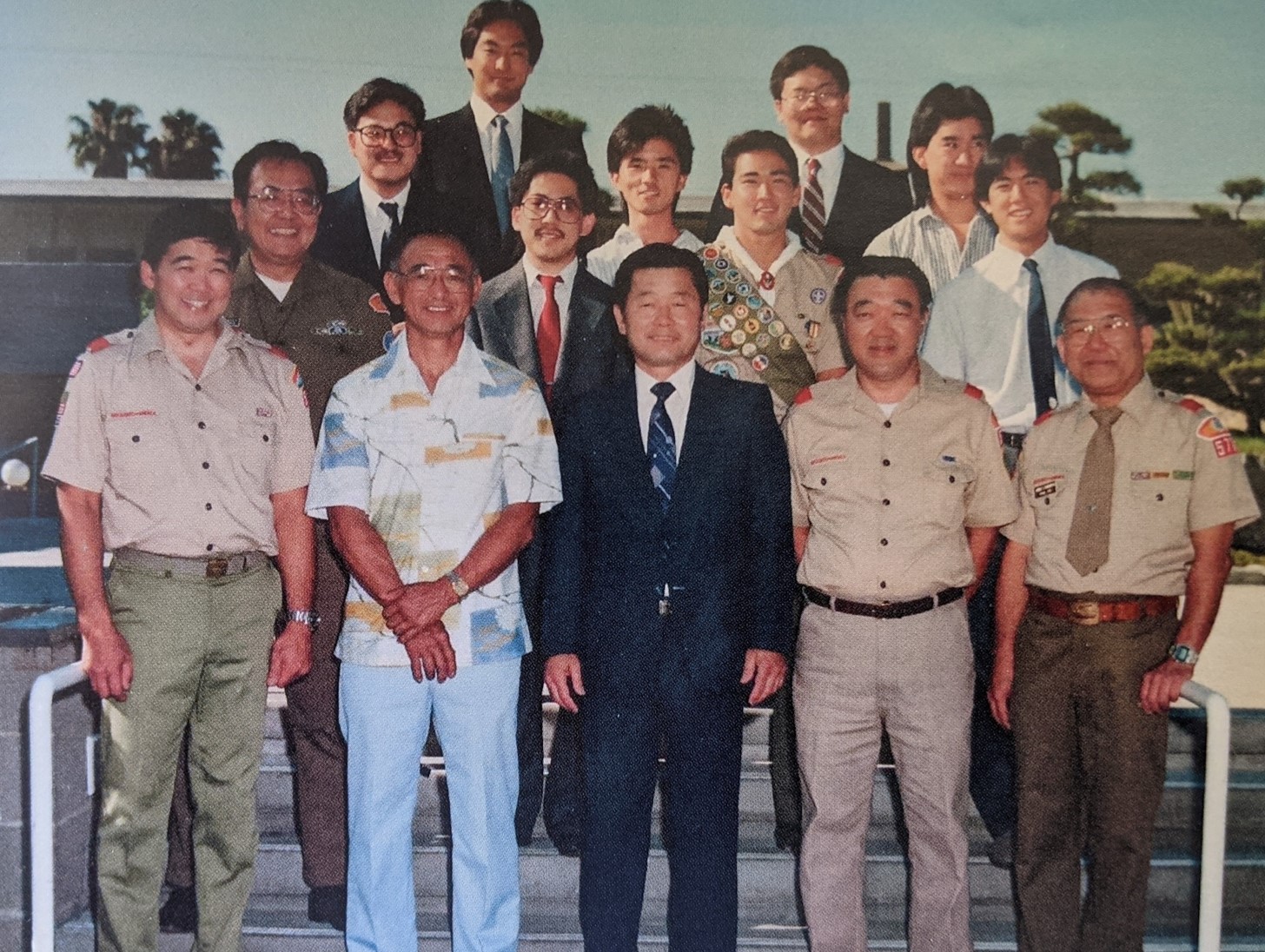 Historically, the development and diaspora of Japanese American Boy Scouts Troops followed the diaspora of the community in the United States. One of the early troops, at Koyasan Buddhist Temple in Los Angeles, was formed as early as 1931, and many famous incarceration photos prominently feature youth incarcerees in Boy Scout uniforms. According to an article in Scouting Magazine, “scouting flourished at all 10 [concentration] camps.” Pre and post-war, small scouting units were also prevalent in various locations throughout Hawaii.

As the Japanese American diaspora spread to different states and released land restrictions allowed the post-war community to settle outside of core-metropolitan areas, additional local scout troops formed in tandem with the developing local centers of Japanese American activity. Troop 578, the troop where I hail from, was anchored at the Orange County Buddhist Church, and was founded in May of 1978, thus the unit number, five (May), ‘78.

I had the pleasure of sitting down with Ed Tanaka, one of Troop 578’s founders to better understand the original impetus for forming the troop. He and the founders had childhood experiences in Boy Scouts during their formative years in Hawaii, but realized their kids weren’t having the same types of rugged experiences. Tanaka recalled a quote from another 578 founder, “Our boys don’t know how to get dirty. There’s concrete all around them. They don’t know what it’s like to be tired and still have two more miles to go.”

Tanaka went on to describe how the outdoor program, the advancement program, and the patrol method were critical to the core tenet of growth and development in scouting. “I got to see the older boys helping the younger kids learn. Instead of putting rocks in their backpacks, they would help to carry the load, help them pack; Our younger kids had the good experience of being accepted,” said Tanaka. 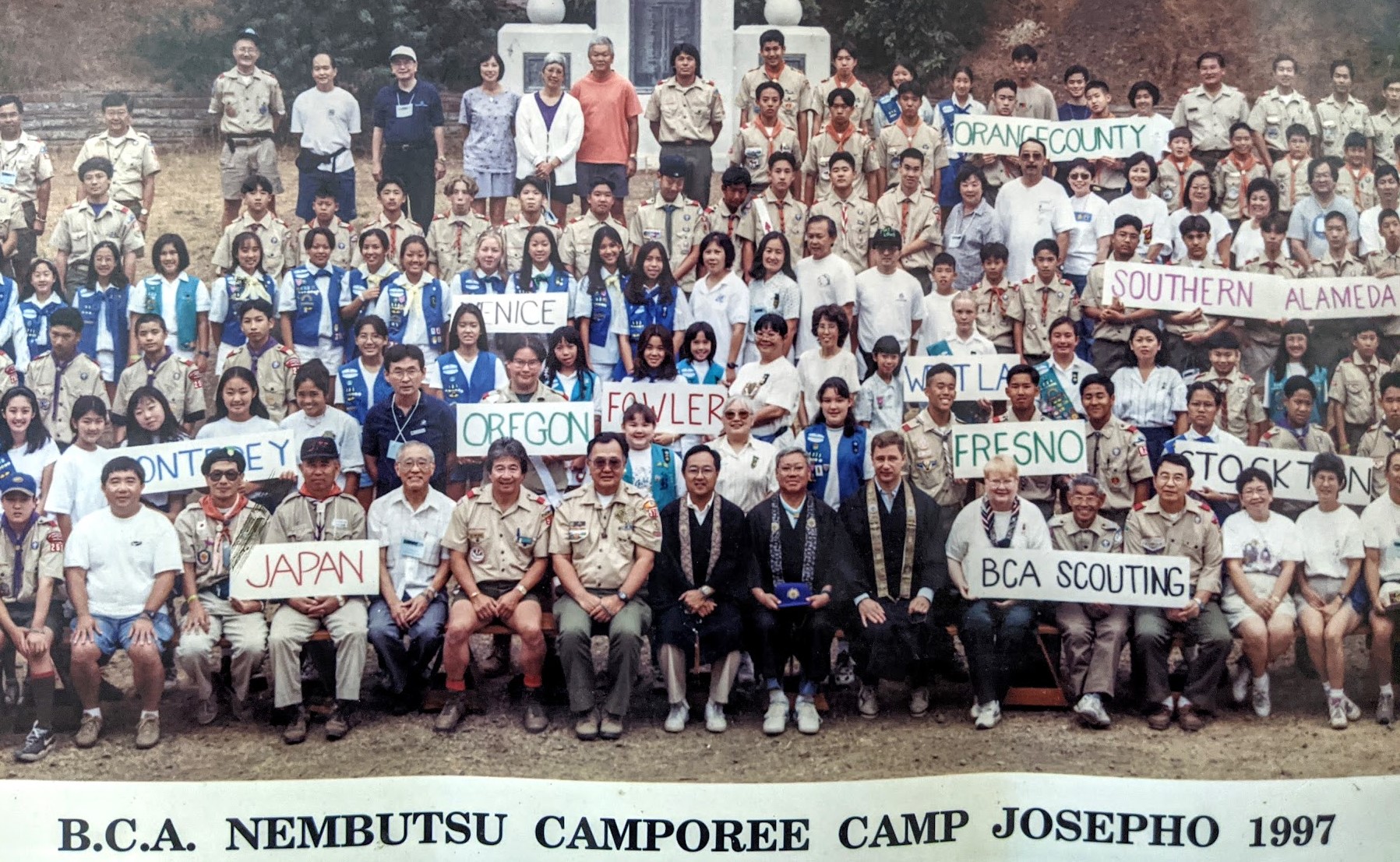 A Torch Passed On

As Japanese American Boy Scout programs continued beyond the founding years, they were infused with new leadership who continued to evolve the program. Matthew Chavez, Scoutmaster of Nishi Troop 738, bore witness to the results of the program, first through the journey of his nephew. “Watching him develop from a very young boy to a mature and responsible person… seeing the transformation, I wanted to see if my boys were interested in doing this,” said Chavez.

But beyond just involving his kids, Chavez saw a deeper need for his own involvement to shape and evolve the program. “There’s a lot of value that is brought by these programs, but it’s the volunteers that really bring the essence and the true value of the program,” said Chavez.

His explanation of the need for adult role models, and leaders struck a chord with me as I remembered that most of the treks, camporees, and every single Court of Honor (the regularly occurring Boy Scout awards ceremony) had my dad close by. “You need the example of someone that does things for their community, someone who isn’t afraid to serve,” Chavez said. It’s clear that while the journey of scouting is walked by the scouts, the map and compass guiding the journey is created by the adults who serve as Assistant Scoutmasters, Scoutmasters, and committee members.

The Continuing Strength of the Patrol Method

With many troops celebrating their 30 and 40-year anniversaries, they celebrate the core values of youth development along with the outdoor program, the patrol method, and the advancement program. As a testament to the founders and adult leaders throughout the decades, these values and methods have held strong.

Tyler Terada, recent Eagle Scout and member of Boy Scout Troop 578 described his journey through scouting, “It wasn’t about getting the awards. I really got the most out of the relationships that I made.”

Although camporees, hikes, and ceremonies provided the context for his stories, Tyler spent less time talking about the events and more time about the development of the scouts themselves. In the many years of experience he had leading younger boys he said the following, “I see huge growth. It’s really shocking to see how they lead their meetings, take care of issues. They change from young scouts to refined adults.”

Tyler went on to describe how the transition from younger scout, to mentor and leader for the next cohort of younger scouts, was at the core of his experience, “When you join, it’s very welcoming, the leaders in the group really put in the effort to make you want to come back. As you get older you lead the scouts and do the same thing.” As he described this phenomenon, it was clear there was a sense of commitment and pride to the leaders that scouts become, and his personal role in that evolution. 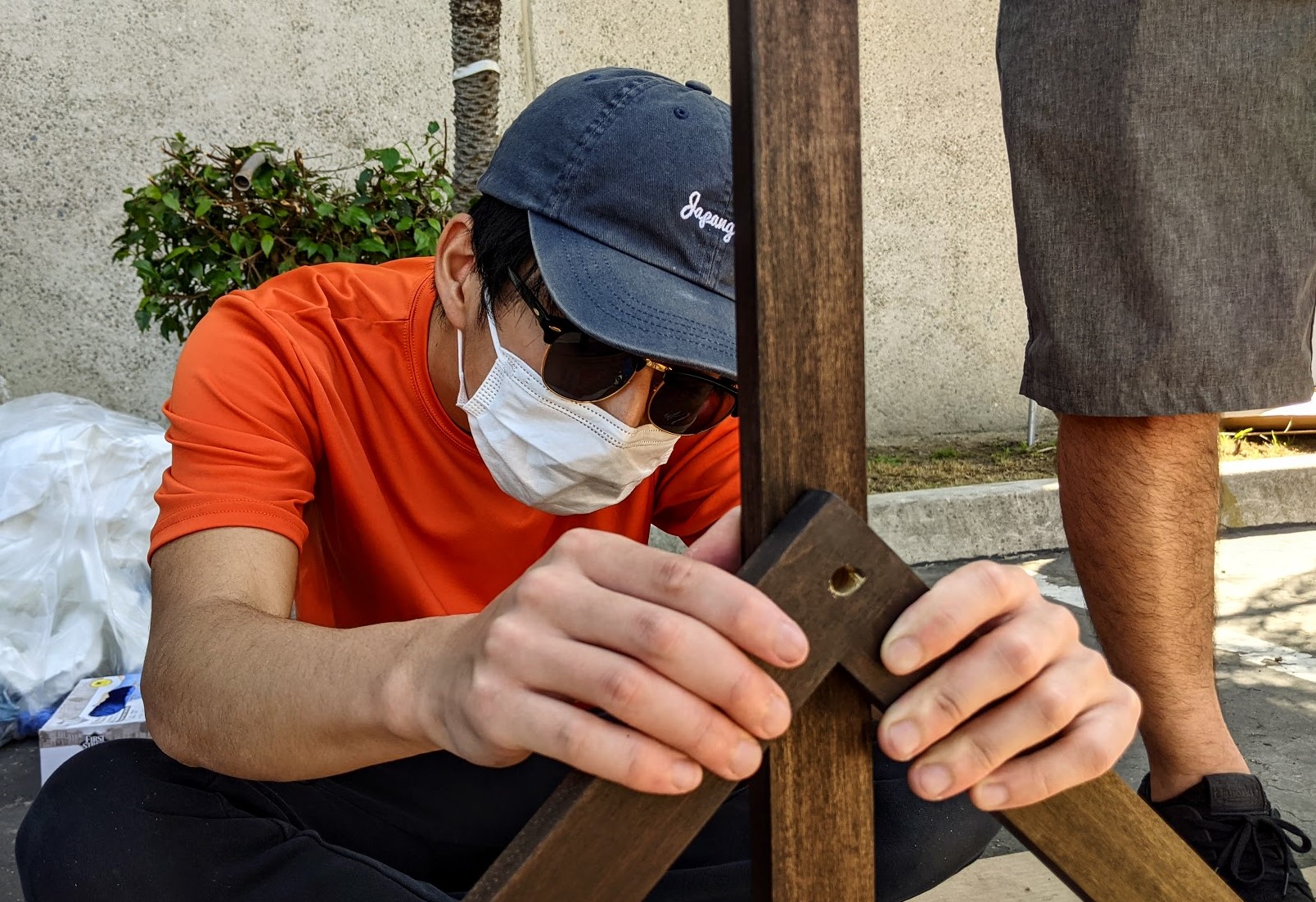 The strong legacy of Japanese American scouts has not been immune to the mishaps of the Boy Scout program outside of the community. “I think [the reputation of the scouting program] has suffered with all the bad publicity,” said Chavez. A quick search of “Boy Scout abuse” will display a long list of articles, reports, and even legal services related to the rampant sexual abuse present across the country in the Boy Scout program.

While these crimes have occurred completely outside of Japanese American troops, they’ve nevertheless been the impetus for the formation of youth protection programs, adult trainings, and rules and regulations surrounding adult-youth interaction out of an abundance of caution.

Additionally, the increase in the number of activities and opportunities for youth has also affected enrollment in community troops. “Families are really busy,” said Chavez, “we don’t have the same volume of kids coming back to the program.”

In the context of these challenges, Japanese American Boy Scouts is need of a strong value proposition to articulate the deep-seated growth and maturity that comes as a result of a youth’s participation in the program. “The community of parents who are younger aren’t recognizing that we have these excellent opportunities for kids to grow,” said Chavez who then re-emphasized this need for programming value to be articulated clearly and convincingly. 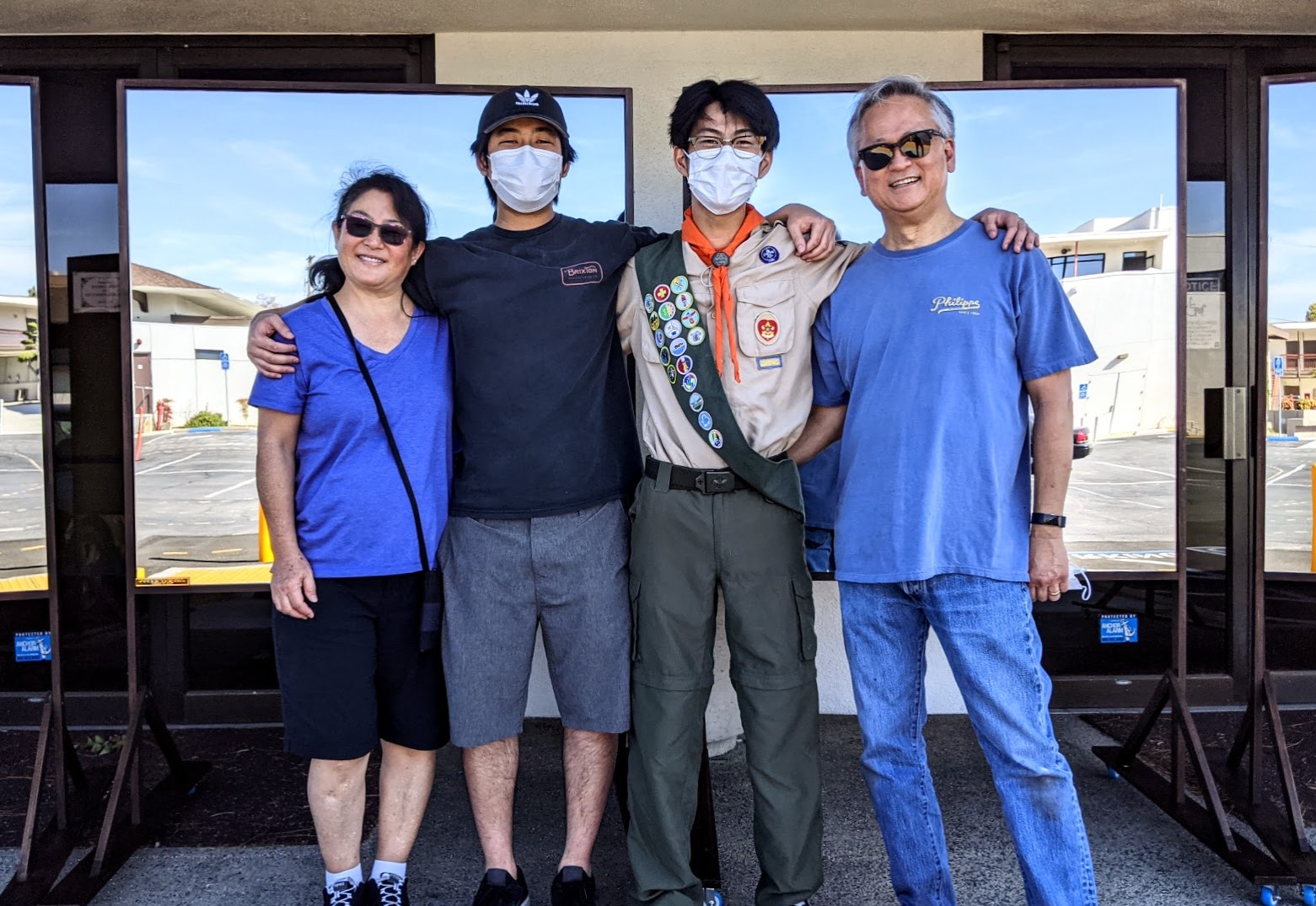 Who Can Be a Scout?

In February of 2019, girls were officially allowed to enter the Scout BSA program (previously known as Boy Scouts of America). While enrollment is just starting for Japanese American troops, the general sentiment is one of inclusion.

While no girls have yet joined Troop 578, Tyler Terada still expressed notion of inclusion saying, “what we learn should not just be limited to boys. I can definitely how all can find the joy in scouting.”

“I think it’s a positive step,” said Chavez when describing his thoughts, “camping isn’t gender-specific, skills aren’t gender specific. With regards to first-aid, you don’t have to be a boy or girl to know how to save someone.”

Due to the fact that integration was just at the beginning, and with few examples to choose from, discussion around this next chapter beyond the separation of sleeping conditions was rather limited, but the general spirit was there.

Though challenges are always present in the road ahead, Japanese American Boy Scouts is prosperous and well. With a foundation of strong passionate leaders who have continuously evolved the program, and with a track record of matured program graduates, community scouting has served as a pillar for growth and development in the Japanese American community. Though enrollment has seen a decline, the deep-seated value remains constant. The proof of concept, the scouts themselves, has been proven for decades. All that remains is the right articulation value, clearly communicated to parents to show the why the scouting program should remain a staple activity for the development of the next generation. 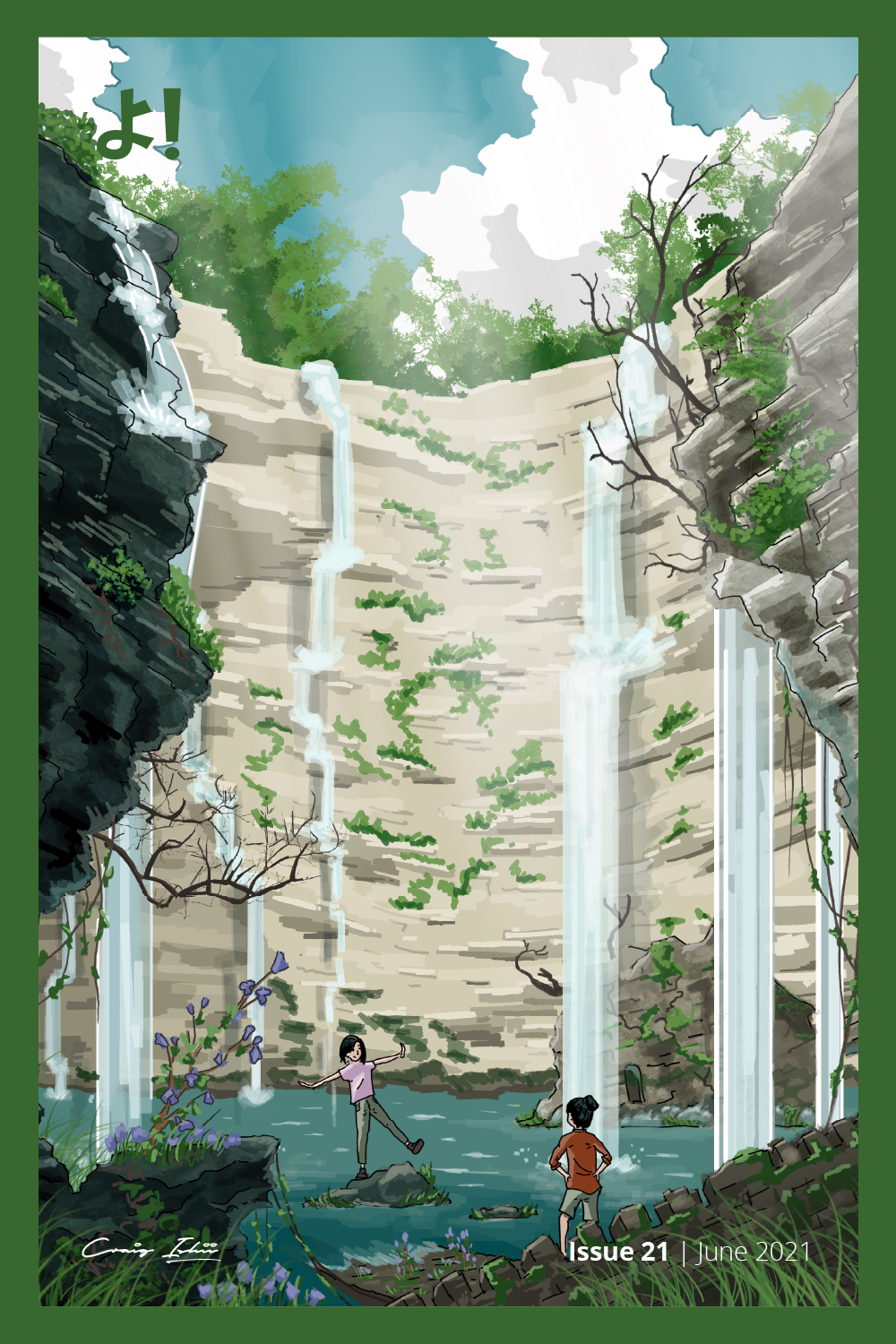 Article featured in this issue:
June 2021
Bark in the Park
By,
Kerilyn Sato
Doing a Good Turn Daily: Japanese American Boy Scouts
By,
Craig Ishii
My Journey to Minidoka
By,
Kurt Ikeda
The Cannonball Roam
By,
David Kenji Chang